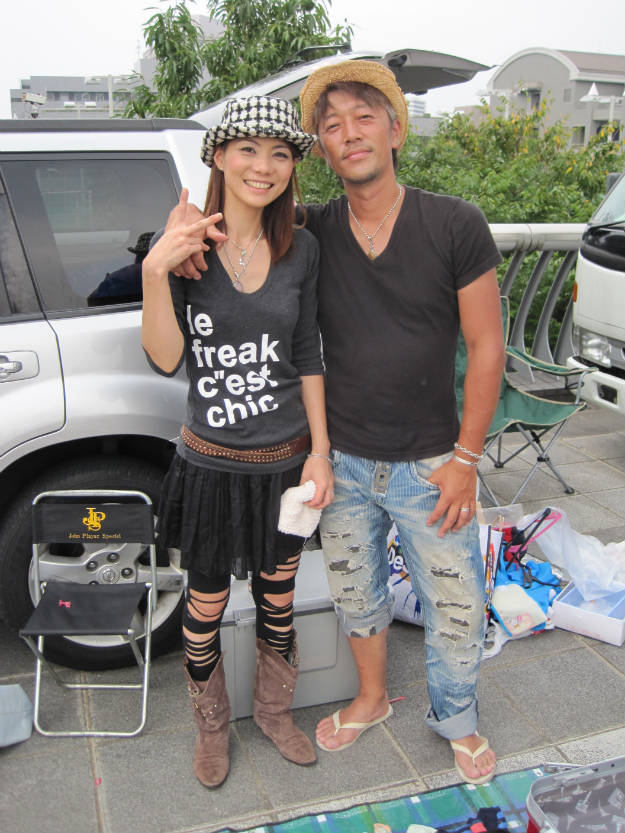 Is this the couple of the year? Could be. This is from a flea market on the perimeter of the Yokohama stadium where the 2002 World Cup soccer final was played. I am a big fan of flea markets anywhere in the world, but Japan’s are especially fun. It kills me that my hands are tied because I can’t carry around heavy or bulky stuff and I can’t store too much at my friend’s place, but I did buy a winter jacket. It was by far the only practical thing I bought.
I did see someone selling a cassette with the album title, “The Changing Same.” Has there ever been a better title in the history of music? I think not.
I’m beginning to look Japanese in the photo below. 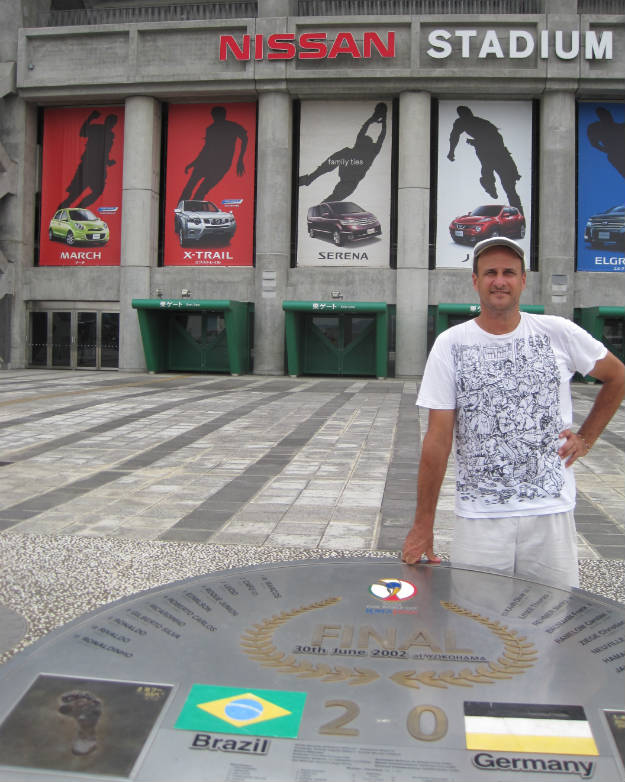 On the Yamanote train line they have monitors that tell what is going on in the rest of the transit system and I often see a delay with the explanation shown that they are “clearing tracks”. This strikes me as a euphemism for someone who has thrown themselves in front of the train. Japan has a high suicide rate and it is such a common way out that the train companies have begun charging the families upwards of $20,000 for the inconvenience caused. They also try putting blue lights on the ends of some popular platforms which is supposed to mitigate any bad ideas. 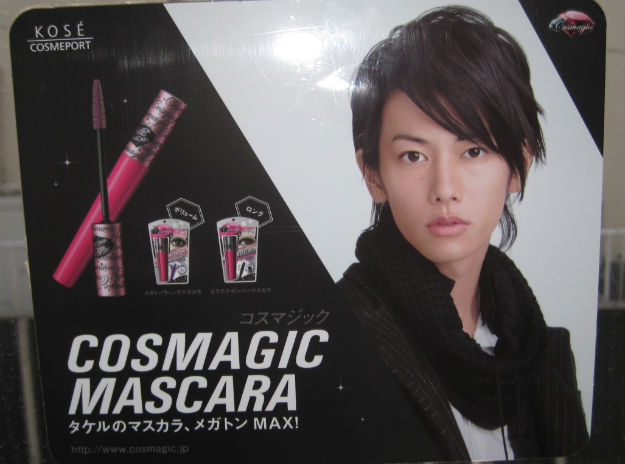 An ad on the train for mascara for men

I hitchhiked 200 km back up to the mountains of Nagano prefecture, but at night. It was similar to last time where I got a quick ride with a couple, then there was a long wait before a bunch of guys in a van took me to the highway exit I needed. Others did stop, including a tipsy guy who wanted me to go to a temple with him for two hours before he took me further. I declined as politely as I could. (Really, I speak a hitchhiking and flea market Japanese and the rest is just flailing.)
I don’t like hitching at night for the obvious reasons that it is slower and I don’t like staring into headlights, but I also can’t see the drivers’ faces well. In Japan it is always fun to see the four reactions to me hitchhiking: the I’m-ignoring-you face, disgust, confusion, and delight. Notice that only one is positive, but that’s OK. Hitchhiking is a numbers game. You just need to wait for The One.
I was at the highway interchange at 10:45pm, not looking forward to the attempted hitch 25km up the mountain to the sleepy village of Sugadaira, but two young guys picked me up after only a five minute wait and took me straight to Greg’s place. Lucky!