I’m normally the farthest thing from a food snob, but sushi I very rarely will try outside of Japan. It just doesn’t seem right. (Same goes for Mexican food outside of North America.)
Greg took me to a fancy sushi place yesterday and then a 100 yen per plate sushi place today (83 yen=$1). Although the former has a superior taste, it’s fun to see the crazy system of the latter, and even in the cheap places you can get melt-in-your-mouth sushi that can make you forget all that is wrong in this world.
“Kaiten zushi” is where the sushi rotates around the restaurant on a conveyor belt. This system alone is uniquely Japanese because can you imagine the abuse it would undergo in any other country? People would mess with the food, mess with the conveyor belt, hide plates after they ate so it wouldn’t be counted in the total, etc.
Just stepping in the door of a basic kaiten zushi restaurant and seeing this scene is dumbfounding initially. It has a lot of faint canned sounds that you wish it didn’t, but it’s a feast for the senses nonetheless. 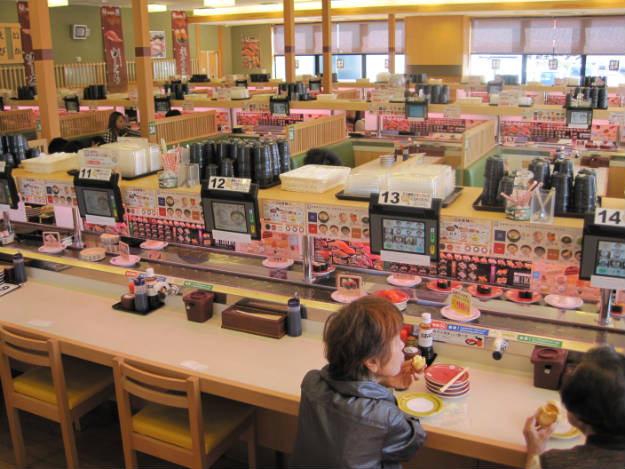 Greg taught me to never take the food off the conveyor belt, but to order it instead for maximum freshness. This ordering system is devoid of any human interaction. You use the touch screen and decide which you want, with or without wasabi. Your order comes on a raised stand like you see in the photo below. How do you know it is yours? Because your screen will loudly announce it. The system is timed so that you will get the announcement when your sushi is about a meter away. How is that for efficiency? 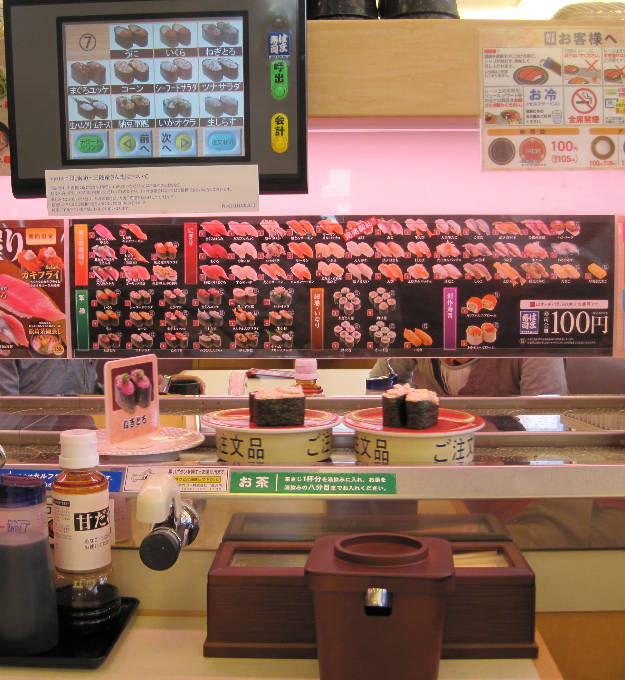 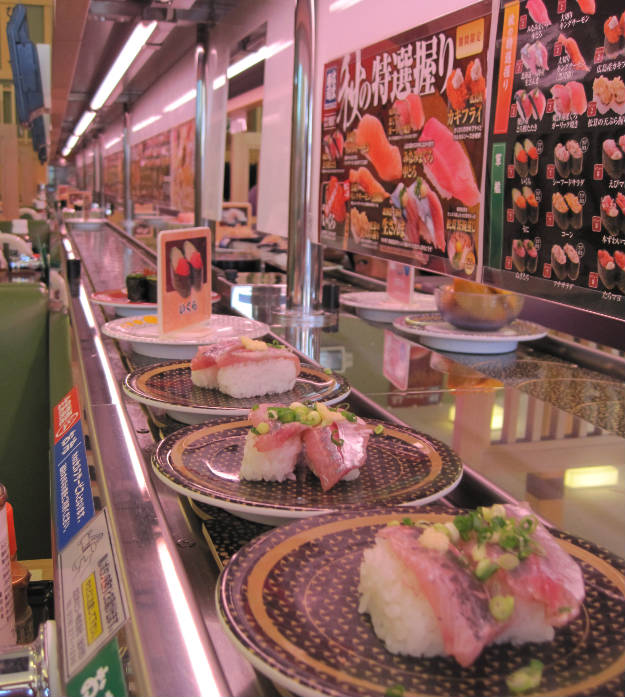 100 yen for a plate of two pieces of sushi is VERY cheap, in case you weren’t sure. Japan is not expensive! Well, starting tomorrow it will be as I am heading back to Tokyo (hitchhiking in the rain—fun!) so ask me again later.