I have a section on my website where I talk about the need to make fake onward tickets to show immigration, embassies and airline check-in counters. It was controversial when I mentioned it on Lonely Planet’s Thorn Tree, but I speak from my experience, and then I got this email from a reader in India: 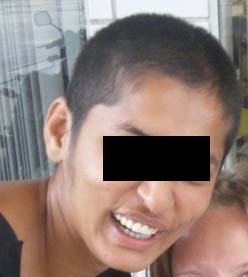 “It is really a simple and easy read. your travelling stories and tips are to the point. I am from Mumbai and very recently I returned from South America. I was staying in Colombia and then I decided to travel for 7 months around South America. I don’t know why…but i guess because of the stress with the visa and all that, i made fake tickets, because i wanted to travel through south america by land and never take a flight but just because i am an indian everyone, everywhere wanted a flight ticket from me…and before heading to tabatinga, i went to the brazilian embassy with a fake ticket, they looked at it, i felt my heart beating fast (as it was the first time i had done it) and they just smiled and accepted it.
So, i thought it will work again, i went to the embassy of argentina in sao paulo, (but this time I was tanner, slimmer, and bald, yes a tall, bald, Indian girl, not their scene) they rejected my visa, i had even made fake reservation at hostels, but they asked me have you confirmed the hostel bookings and i replied honestly ‘NO’ and hence he said, so it is no problem if you don’t get the visa…anyways, i continued to Bolivia, with fake modified tickets and to Peru, with fake tickets…and got it everywhere. Sometimes, just being an INDIAN can be so difficult travelling, but i have always and will always travel alone, so i can meet millions of new people on the road. I share the ideas on this website and i hope to improve or better myself as a world traveller.
P.S. I even hitchiked in the north of BRAZIL…heheheh. and almost got killed, it has shaken me a bit but i hope i can do it again…”

Thanks for the email! I had to beg her to let me use the photos, hence the black bars to protect the semi-innocent. Below is a “before” photo. 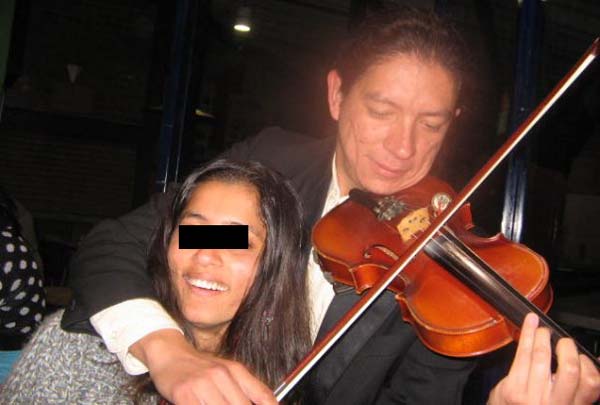