There’s a new way to travel Europe! Instead of buying a railpass, rushing around the continent and staying in crowded hostels, you can take advantage of some new tools, namely, BlaBlaCar, MeinFernbus, and Airbnb. And, I learned something new about cruising, of all things, that I had always dismissed out of hand.
I stayed with an Airbnb host in Heerlen, Netherlands who reminded me of myself, which is almost never good. He saw how lucrative it could be to rent out his own room, so he slept on the couch and listed his room every day on Airbnb. Once, on a whim he listed it for $10 and I snatched it up five minutes later, he said.
I was coming from Germany and normally I would hitchhike, but it was projected to be the hottest day of the year so I used blablacar.com from Frankfurt to Aachen for twelve euros and hitchhiked the rest of the way. 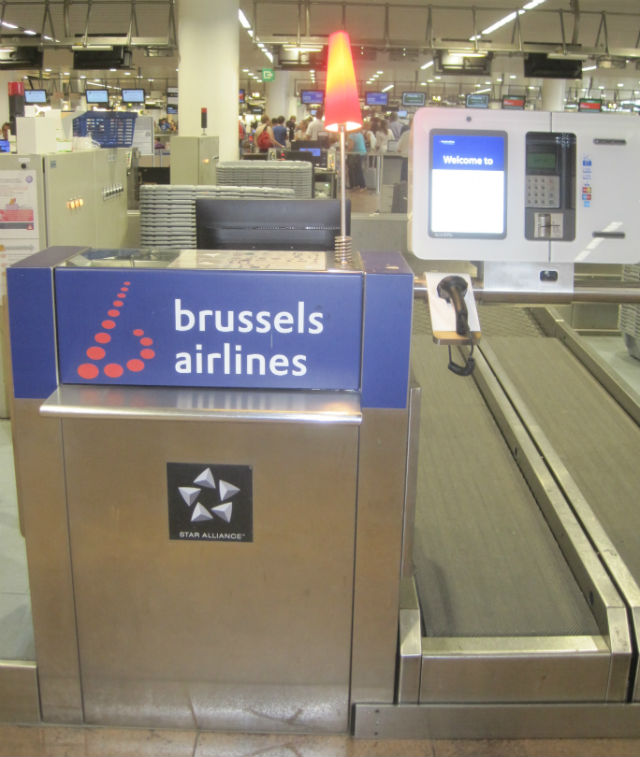 I flew from Brussels to Riga, Latvia, my first time flying Brussels Airlines, and what do you notice about this check in? No one is there! No one to ask if you have an onward ticket! No need to dress up and have a story ready! You print your own baggage tag and are off. If had an Ethiopian passport or if this was a non-EU destination, maybe things would have been different. (I didn’t realize Latvia is now a Schengen country nor that they used the euro. See? I still make rookie mistakes.)

Cruising?!
Anyway, my Airbnb host was to cruising what I am to low-cost traveling. He knew how to book the cheapest cruises, some last minute, some booked far in advance. Of course I picked his brain and he showed me these websites:
http://www.costacruise.com/usa/cruises_list/201511.html
http://www.cruisetravel.nl/Cruises
https://www.pullmantur.es/en/cruceros/transatlanticos-desde-europa.html
Later this year he is flying to Dubai for 300 euros round trip, I think he said, on Eurowings, aka SunExpress, and then taking a seven-day cruise for 200 euros, all inclusive. (Keep an eye on Sun Express for cheap flights on their new routes to Thailand, Cuba and Dominican Republic. I have flown them before very cheaply from Turkey to Germany.) He admitted that he was one of the youngest people on some cruises, but the facilities and food are so good he doesn’t care and he isn’t a big socialite anyway. He pays 60-70 euros more to have a single room since he always goes alone.
One of the most intriguing cruises is going from Canary Islands, Spain, to Salvador, Brazil. It’s nine days and can be had for as low as 250 euros sometimes, he claims. The idea of using a cruise as transport is big, if it really is true and all taxes and fees are included in the prices he tells me. 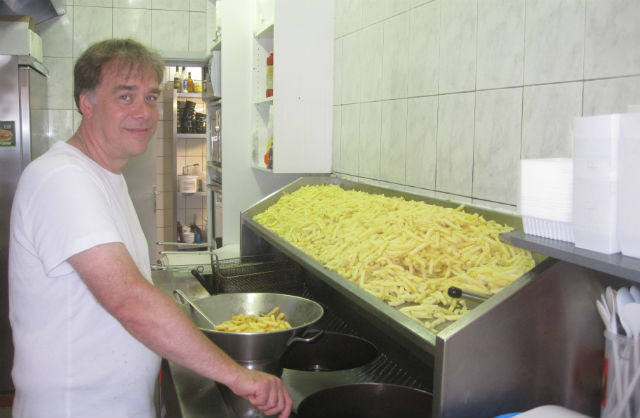 This is from Denderleeuw, Belgium, a tiny spot on the map, and look at this mountain of french fries. Incredible.

More remarkable than the inhumane portion of french fries was the presence of an American couple also eating next to me in this tiny village. They were in Denderleeuw only because they found a cheap Airbnb place, but they were going around by train. I told them about BlaBlaCar, and the other piece of this puzzle is Meinfernbus, also called Flixbus, which is comfortable long distance buses, sometimes with wifi. I have done all three maybe ten times now. 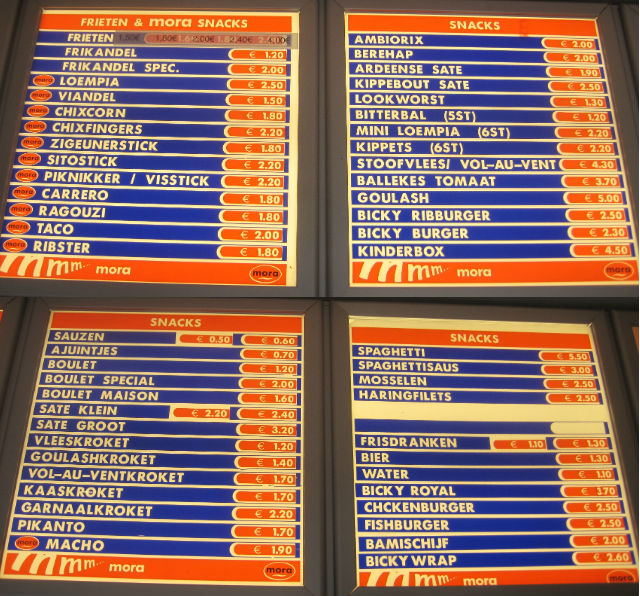 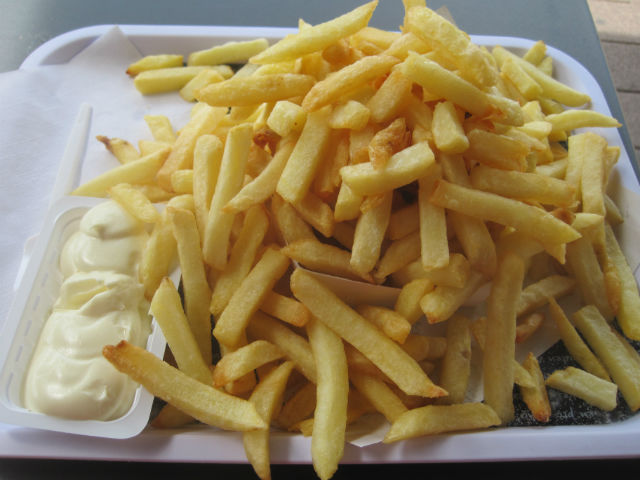 A medium portion! Two euros plus fifty cents for mayonnaise. 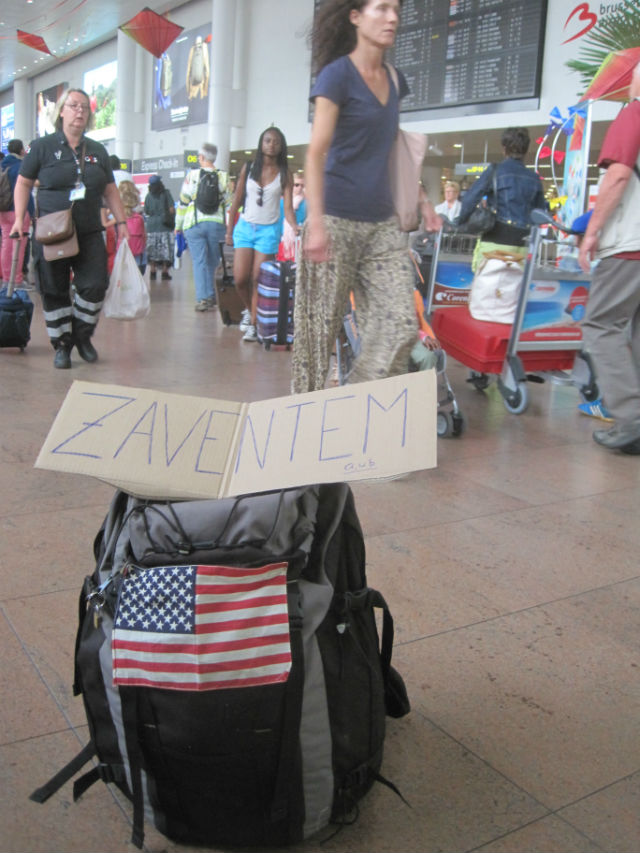 Showing the ultimate faith in hitchhiking is trying to hitch to an airport, because if you get stuck, you’re toast. I thought of this when I was at a highway gas station outside of Brussels, but before a German woman and her child had taken me, then a Moroccan guy, and then from the gas station a wealthy older couple not only took me but decided to drive out of their way and drop me off right at the terminal. I was almost faster than the train.

PRACTICAL INFORMATION
If you are traveling between countries with blablacar.com, you need to check both countries’ websites because they don’t have the same listings. Use Google Translate to read the listing, but when writing a driver, you can assume that everyone reads English. In Germany, after you have signed up, you can see the phone number of every driver, but in France you can’t.
I used to be down on Airbnb because I didn’t realize that the property owner can set not only the price from day to day but also insist on extra references like your Facebook account (as if that means anything.) I still don’t like “cleaning fees” that aren’t part of the base price, but I am becoming a fan. In some big cities it makes no sense to use hostels when you can get a room cheaper, especially if you aren’t alone.
I am normally high on Couchsurfing, so to speak, but I am too last-minute to get hosts or I just don’t have luck. I still try. My fear is that Airbnb will replace Couchsurfing, which would be a great shame.
Why don’t you stay with me? You can follow along with RSS, subscribe to an email feed, see what’s cooking on Facebook, pray that I’ll say something worth remembering on Twitter and if you are really slumming it, there’s always Google+. (I’ll follow you back!)