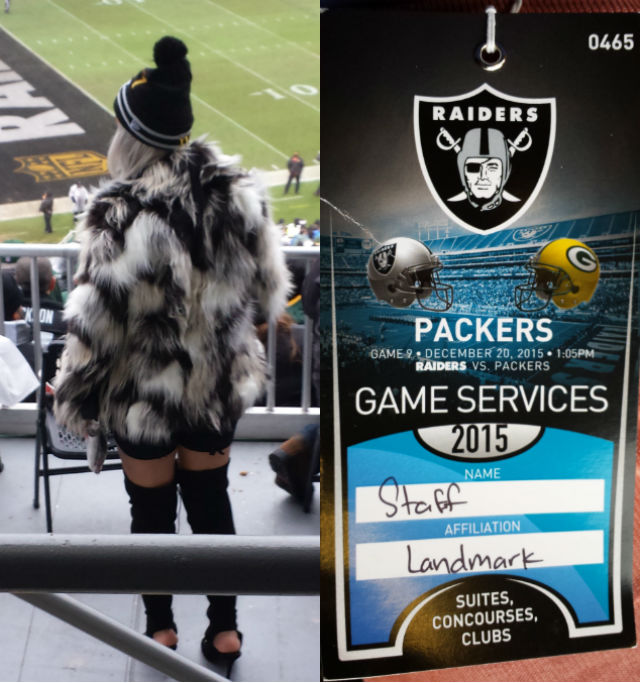 Oakland Raiders fans, they come in all styles, and yet, something about this Asian woman screamed trafficking.

As we draw closer to the biggest sporting event in America, the Super Bowl, which is being played in three weeks less than five miles from where I live and work it is time to reflect upon the experience of seeing an actual American football game. I realize that few things make me sound more un-American than saying “American football”, but how many countries don’t call soccer “football”? Few.
A friend in town suddenly “remembered” that she had a cousin who worked security for the Oakland Raiders, so she managed to nab passes to one of the hottest games of the year against the mighty Green Bay Packers. (How can you forget something like that? How? It’s like saying, “Hey, I just remembered, Mick Jagger’s my uncle. Want to go to the show?”)
It’s hard to imagine that I would pay for an NFL ticket in any circumstance. Our passes didn’t have prices on them, but a ticket I found on the ground (ebay, I can’t quit you) with a face value of $120. It costs $35 just to park at the stadium! Food and drink prices were reminiscent of small-town Switzerland. 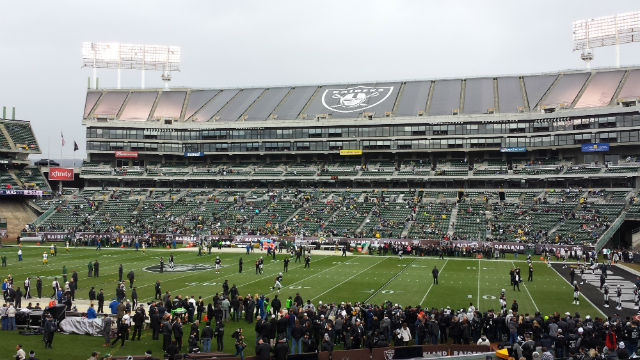 The Raiders have a diabolical arrangement where you have to pay for a “personal seat license” that in turn gives you the privilege of buying super-expensive season tickets to a perennially awful team that is always threatening to leave town. The Raiders have trouble selling out—tons of visiting Packers’ fans had tickets—and instead of copping to the humiliation of showing empty seats in the upper deck of the Oakland Coliseum, they cover them with tarps. 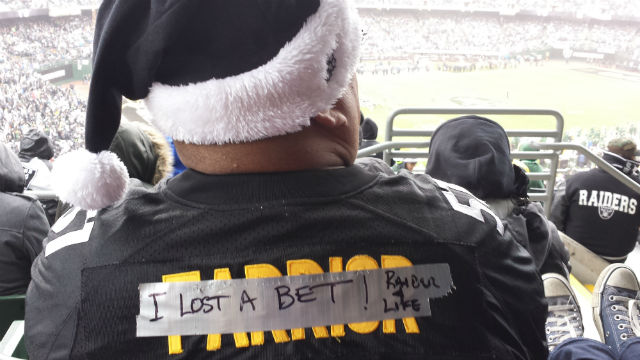 The most rabid fans sit on the end of the field called The Black Hole, but they are everywhere, really, including Mr. Raider4Life here wearing a rival Pittsburgh Steelers jersey. He said the bet he lost requires him to wear this the whole season. 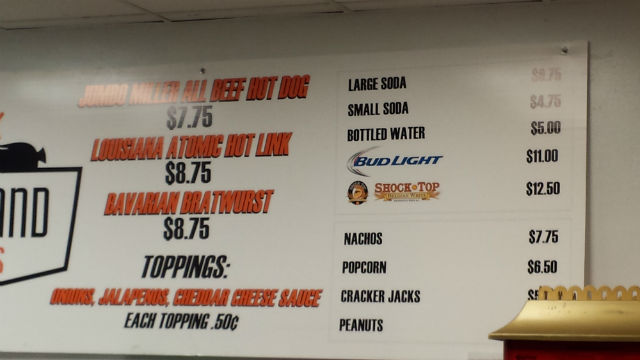 I wondered which had the biggest profit margin. So much to choose from! I thought airports were bad, but this is another level. “Cheddar cheese sauce” is illegal in 23 states. 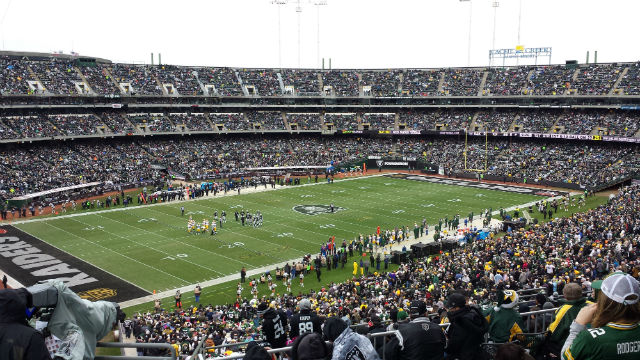 As much as you might think it is better to sit at home and watch the game on TV in the comfort of your dungeon while we suffer in the freezing cold and rain, there is something to say for the electricity of being at a live event and seeing the whole field, not a narrow TV screen version. Even in the cheap seats you don’t feel far from the action, and despite the Oakland Coliseum being a cesspool of a stadium, it is exciting to be in the energy of 55,000 rabid fans. 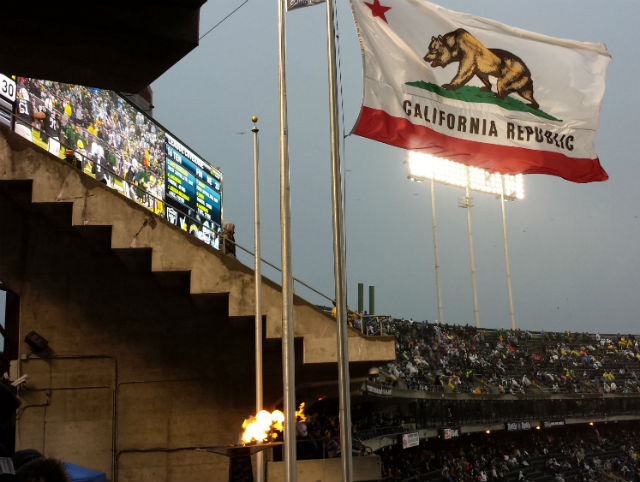 The California state flag flying over The Eternal Flame of the Losing Season. (The Raiders lost 30-20. They always lose.) That’s a good-looking flag for a good-looking state. I, for one, am waiting for The Holy Mother of All Earthquakes that everyone predicts in the hope that California becomes an island and we can again be an independent republic. #49states 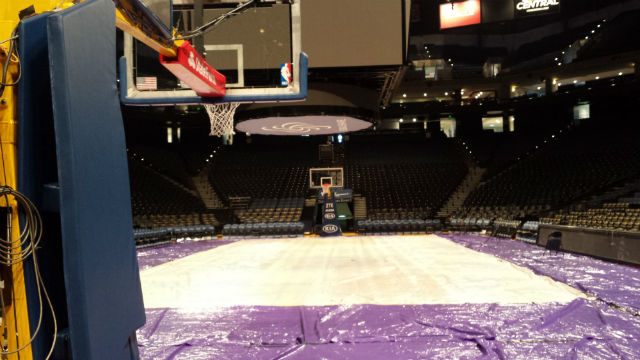 My friend’s cousin also let us check out the floor of the Golden State Warriors who play in the adjacent arena. It was a great experience all around; my personal highlight of the day came when I saw former Raider great Rod Martin in the bathroom.

OAKLAND MEMORIES:
It’s a local sport to pick on the shabby, derelict Oakland Coliseum, but I have only fond memories. I’ve been to at least 50 events there over the years: two Metallica concerts, The Who, Gold Cup soccer, and dozens of Oakland A’s baseball games, including this famous one from the movie, “Moneyball”, with Brad Pitt. (The real-life, less-Hollywood version of that clip is here.) I made over $100 selling those tickets on ebay, too.
Last thing: I’m on Instagram! For frustrating reasons I can’t make a button yet where you would normally see it on my website, but this is the link. Follow!
Why don’t you stay with me? You can follow along with RSS, subscribe to an email feed, see what’s cooking on Facebook, pray that I’ll say something witty on Twitter, check for a non-boring photo on Instagram, and if you are really slumming it, there’s always Google+.