RIDESHARE AND SUBSTITUTES FOR THE INSIDIOUS RAIL PASS 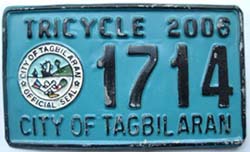 Not up for hitchhiking? Trains are too expensive? Flights are impractical for short trips? Buses no fun? There are alternatives. Take a look at rideshares. In places where craigslist.org is popular, the rideshare section also tends to be robust. Couchsurfing groups, such as this, for example, are worth checking out as well as the Couchsurfing classifieds for the country or city you are in. Some are surprisingly well-developed and have many listings. It is also advisable to be proactive–it’s always advisable to be proactive!–and place a “ride wanted” ad.
In Europe ridesharing is part of the mainstream, both short commutes and epic, cross-continental adventures. My favorite rideshare website is from Germany, Mitfahrgelegenheit (“drive-with-opportunity”–don’t confuse it with its evil cousin, mitfahrzentrale.com) which is spreading all over Europe and is now finally in English. Well, the interface is in English, but the actual listing might be in German as it is the predominant language of the users.

Kein Deutsch?
Don’t speak German? Don’t let that deter you. Mine is pretty bad, but you can search in English and then the site is pretty intuitive. The great thing about Mitfahrgelegenheit is that people leave their cell phone number or email address and you can contact them directly and immediately without registering for anything. Usually the amount they are charging is listed in the ad, too. The going rate seems to be a maximum of 6 euros (US$7.50) per 100km. One girl gave me a free ride out to the first highway gas station so I could hitchhike. 95% of the people you would contact speak English well, trust me. Don’t be shy; look into it.
Another great value is that there are often rides that begin from major airports, so you can go directly to somewhere else with no downtime. They are slowly expanding it to other countries. Keep your eye on it to grow Europe-wide.
I use rideshares if there’s bad weather or I’m not in the mood to hitchhike or there’s a long distance deal I can’t pass up. Only once has a driver cancelled on me, but I got a call the night before, which gave me time to find another ride. In fact, if it is a German driver, they are so punctual that you’re more likely to get a near-hysterical phone call if you are five minutes late.
Mitfahrgelegenheit isn’t exclusively about car rides. Since the German railway has offers such as a group of up to five people able to travel together on a cheap ticket, travelers try and organize groups to take advantage of it to the utmost. As you can tell, I like that German efficiency and optimization.
Here are two other Europe-wide ride boards worth checking, but not with so many listings. Hitchhikers.org and My Rideboard. A French ride board is covoiturage.fr. (Rideshare is “covoiturage” in French.) Again, like hitchhiking, such sites must exist for every country. Ask an appropriate speaker to help you find them.

What’s wrong with rail passes and am I at the mercy of them?
The two places that come to my mind most common for rail passes are Europe and Japan, but there are alternatives for each. My biggest issues with a continuous Eurail pass are the cost and the feeling that the clock is always ticking. To justify its expense, you have to do a lot of running around in a constricted amount of time. If you come across a place that you like and would like to explore more, you have to balance that with the damn pass running out, so you feel compelled to use it to see the other ten places you want to see, too, and then your trip becomes “If it’s Tuesday, it must be Belgium.” You fall into that trap the minute you take the first train and activate your pass.
There are also segmented Eurail passes where you can ride the rails for 10 or 15 days within two months. These are better deals. For young punks under 26 it comes out to about US$50 per trip and for older types–available only in first class, oddly–about US$75 per trip. Since trains in Europe are expensive, if you can pick a good route and schedule to maximize that calendar day’s worth of riding, it can be worth doing.
Some countries have good deals on domestic and international trains if you can book far enough in advance. German rail often has deals such as 29 euros (US$35) from Frankfurt to Budapest, a 10 hour journey. These are found on the official website of the relevant national train system.
The best deal I know of for trains in Europe is actually from German airlines such as TUIfly. If you book any flight ticket departing from, say, Munich, you can buy a one day German rail pass for only 25 euros (US$30) so you can get to your flight. You could be at the opposite end of the country. By comparison, it is 8 euros just to go from Munich town to Munich airport! Even better, you can do the same in reverse: the day your flight arrives in Munich, you could use your rail pass the same day or the next day to go as far as you wanted in the country.

Free Ferry Ride, Anyone?
Listen to this idea and it incorporates another travel secret of mine: you could take the train from our example arrival point of Munich airport to the far north of the country at the Baltic Sea, Puttgarden, changing trains only twice. That’s over 800km (500 miles) and yet just 9 hours since the pass is also valid on the fast intercity express trains.
From there you hustle a ride from the parking lot for the car ferry to Rodby, Denmark, which is easily done since the costs for the driver are the same irrespective of the number of passengers. Once on the boat you can find a driver who is going on to Copenhagen, where most traffic is headed.
I have taken free ferries like this several times between Denmark and Germany and between Norway and Denmark. 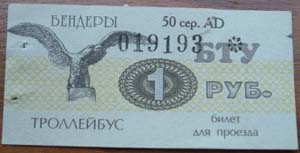 For Europe I find travelers don’t know about regional buses linking Western and Eastern Europe. One Hungarian-based company is OrangeWays which operates buses in a narrow corridor of Europe. They often have very low fares and perks like free wi-fi and hot drinks. Budapest to Vienna airport is only US$11.

And Japan?
Japan, admittedly, is tougher, but when a rail pass is US$400 for only one week, any option is worth checking out. There are underpublicized overnight buses between Tokyo and Osaka and other major cities. Take a look at this price comparison between the bus and train prices from Tokyo. The highway bus is longer, but if it is overnight, that’s a bonus. I always hitchhike so I have never ridden them, but I have seen them and I know the highways very well. It’s a smooth ride and the highway rest stops are
fun.
The most interesting option is the 10,000 yen (US$110) domestic flight. Depending on what carrier you enter Japan with, if it has a relationship with a Japanese airline, ANA, for example, you can get these cheap flight sectors if you reserve them before you arrive. They are especially fantastic value to go to the sub-tropical islands farther south than Okinawa near Taiwan–but check the climate charts to make sure you know what weather you are getting yourself into. Your Japanese friends will be jealous since the offer is only for foreign tourists. Very few Japanese visit their sub-tropical islands since airfares are normally horrendous. In fact, it’s usually cheaper for a Tokyoite to have a weekend in Bangkok or Manila.
I should make another website about Japan not being expensive.