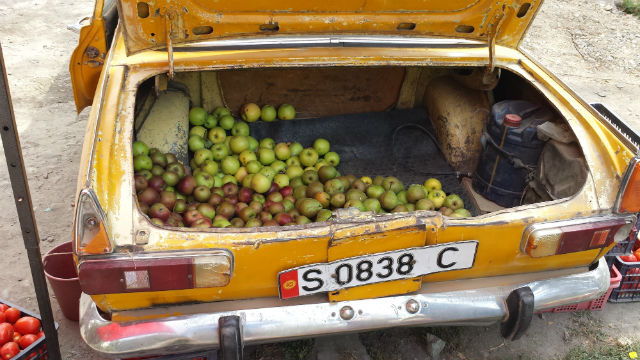 If Bruce Springsteen grew up in Kyrgyzstan he would write songs about having a trunkful of apples and meeting his baby by the railroad tracks. 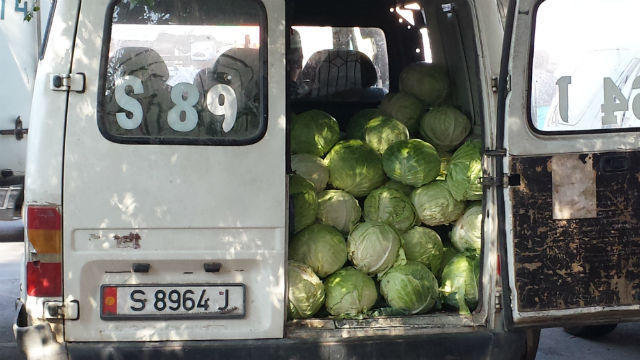 If Bruce Springsteen grew up in Kyrgyzstan he would write songs about having a van full of cabbage and meeting his baby by the railroad tracks. 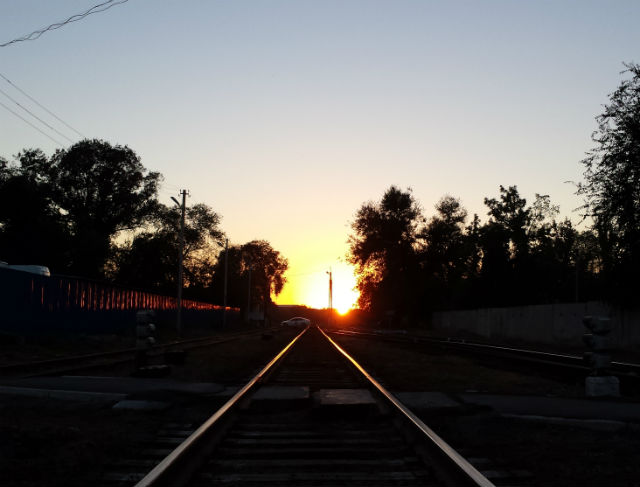 You just missed Bruce and his baby.

“Kyrgyzstan” is derived from old Turkish and means 40 tribes, but it has been posited that it also means 40 girls. In any case the flag has a 40-ray sun. End of history lesson.
I’ve been gone over five months now. Major milestone coming up if I can make it to six. Kazakhstan and Russia follow. Also, it will be four straight months of the Cyrillic alphabet. Call me a fan. 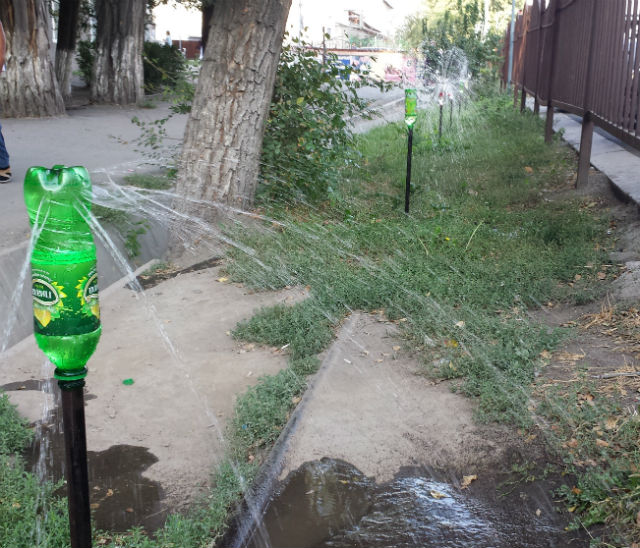 Homemade sprinkler heads! Who doesn’t love this ingenuity? Who?

I asked if they carried lavender soap and essential oils and security threw me out. 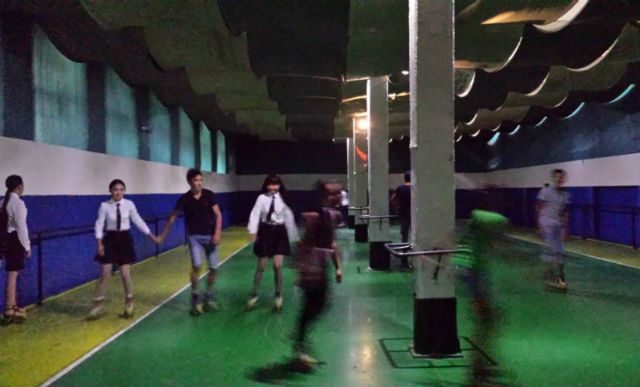 Still my favorite place in Bishkek is the roller skating rink, an evocative, full blown nostalgia trip even though I never rollerskated as a kid. For the life of me I can’t get one decent photo in its dim light. I took some friends with a decent camera and they might publish something. Stay tuned if you can handle the suspense! 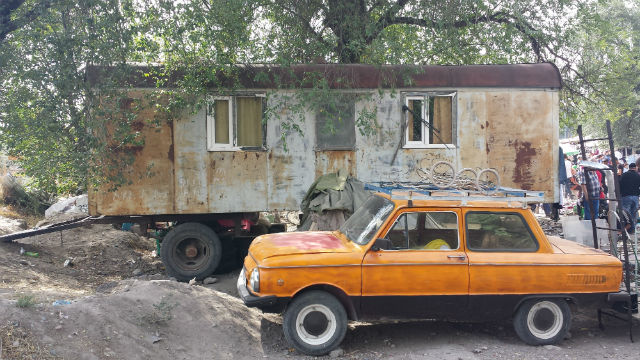 A sloppily paint-brushed old car that wouldn’t appear to dream of faraway places. 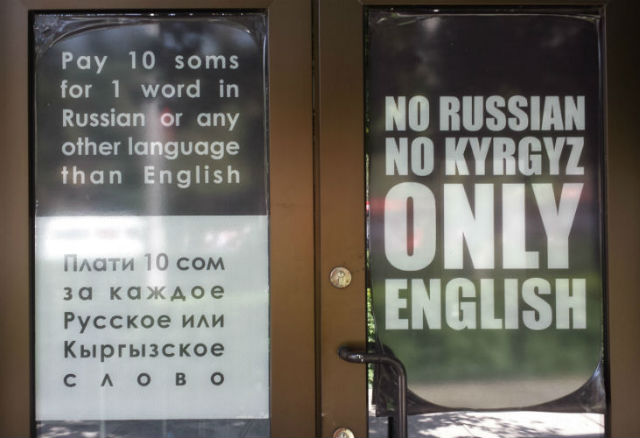 They take their English learning very seriously in Bishkek. 10 som is about 15 US cents.

In Bishkek I took a couple of people to the Osh Bazaar, the main market in town, and I warned them about what happened last time I had been there three years ago, that a fake policeman flashed an ID and tried to shake me down for money. We weren’t there more than 30 seconds when it happened. I shooed him off. Every subsequent visit I had my camera ready to film the guy if I came across him, but it can also happen that I get in over my head and I am followed out of the market and jumped or who knows what.
PRACTICAL INFORMATION:
For the three people who care about flea markets in Kyrgyzstan:
There are two flea markets in Bishkek. Easily the better one is on weekends at Ortosay Market far south of the center. Osh Bazaar, way on its southwest corner, on the left bank of the river in a depressingly dusty lot also has a weekend market, but it’s grim stuff. People try and sell the most depressing junk that can scrounge, including anything that wasn’t nailed down the last time they were in a hotel. 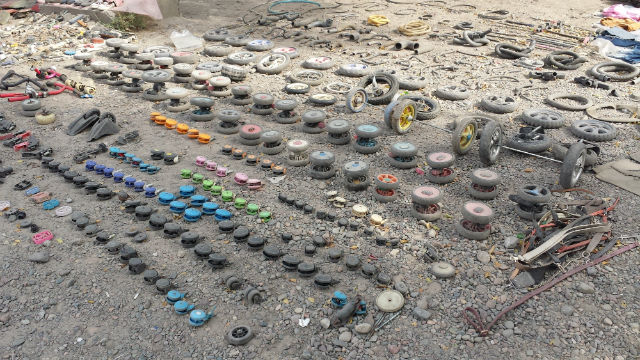 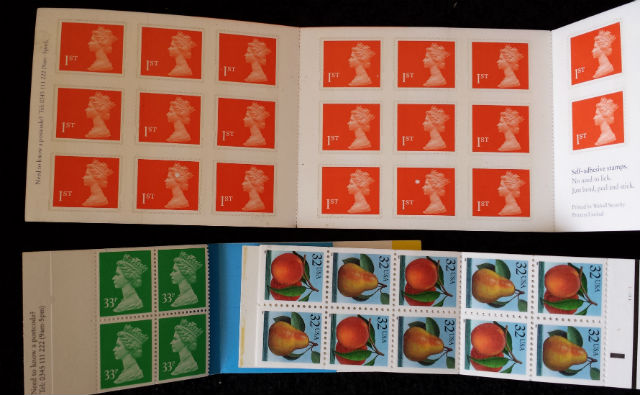 American and British stamps found at the Bishkek flea market in Ortosay. I paid $1.50 for these. They have to be worth $20 or so. Now I just need to go to England.

A Kyrgyzstan license plate. Haven’t checked what they go for on ebay or the flea markets of America.