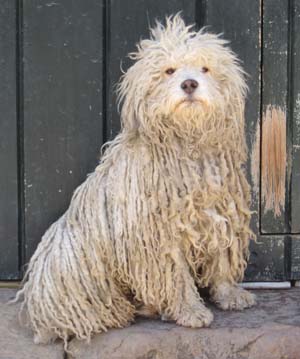 Sometimes you just need a dog on your website

FREQUENT FLYER MILES
If already at this point you tell yourself that you don’t fly much, don’t foresee flying much and it is hardly worth reading further, check out Mags for Miles where for just 400 miles–that’s a piddly jump from San Diego to San Francisco–you can get a subscription to many different magazines such as a one year subscription to Budget Travel Magazine or even a page-turner like Diabetes Forecast.
I also use these magazine subscription redemptions as a low mile, no cost way to avoid having my account die from inactivity, which for some airlines is as short as 18 months. The frequent flyer miles on most airlines do expire. It’s something that you need to be on top of since they can sneakily shorten their validity.
Continental Airline’s miles have no expiration date, but I expect them to quietly announce a change to that policy in an email on Christmas morning.
Miles aren’t that hard to gather. Credit card companies together with the airlines are always screaming about how many miles you will get if you sign up for a card (but be careful about this. See my credit card section for more.) Plus, you can link your credit card to many businesses for mileage accrual and you don’t need too many miles to give yourself some interesting options.

Hurray for One Way!
It was the travel news of the year for me last year when United and American Airlines both finally began to allow half of round trip miles to be used for one way travel. American was the first, and I appreciate the first airline to progressively do something in the consumers’ interest, but United has matched and upped the ante: you can also book last minute for no extra fee. This fits perfectly into my ethos of one way travel and for this reason alone United (and therefore, the entire Star Alliance) is the airline I prefer to accrue miles with, everything else being equal.
UPDATE June 2011: United has decided it didn’t want to be cool and they have reverted back to making you pay for last-minute bookings.

You are looking at frequent flyer miles the wrong way!
Let’s examine this .pdf airline mileage chart for United. (Sorry to make you have to go back and forth between windows.) Usually people look at this and scan across the top and see, for example, that they need 70,000 miles to get a free standard round trip ticket to northern Africa from USA and blow it off since it will take forever to gather 70,000 miles. It is the correct reaction to blow it off, but only because that is a waste of 70,000 miles. Delve deeper into the chart. Often the best usage of miles is when you don’t start from America. The rule is to use frequent flyer miles only when it is otherwise expensive to buy a ticket, so you need to compare and balance this with the spheres of the world where you can fly cheaply already. Usually it is cheap to get to Europe from USA, so instead of USA to northern Africa, think of buying a ticket to Europe and then to northern Africa and then use the miles to go onward to southern Africa. (Like just about everything, there exists some exceptions, such as if you live in a rural area in USA where it costs a lot to fly out normally and if you want to go to Algeria in Northern Africa, a different fare class altogether from the cheap flight oases of Morocco and Egypt. So for all of you in Wyoming dying to go to Algiers, by all means, use the 70,000 miles.) 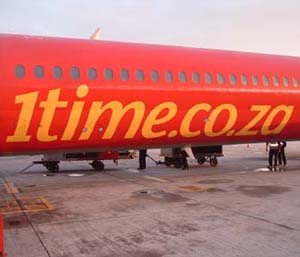 1time Airlines from South Africa. No wonder they went out of business.

The real gem:
Instead of blowing miles on USA to Thailand, think of a cheap ticket USA to Japan and then use miles to Thailand, because the real gem in this chart is 30,000 miles round trip between Tokyo and Bangkok or Singapore. Since it is a United flight, don’t forget that you can break it up, making it only 15,000 miles one way, so you could fly Tokyo-Bangkok and even return Singapore-Tokyo if you desired. That’s about a 6.5 hour flight and hard to find cheap on either end. Well, in Japan you can find it cheap, but in typical Japanese ultra-short vacation fashion, there is a short maximum stay. (From the No Free Lunch Department, last time I did this the fees/taxes/whatever-you-want-to-call-them amounted to $41 round trip.)
One sector that catches my eye is 25,000 miles within southern South America. South America is slowly attracting some discount airline action in some countries, but for now it’s brutal. Maybe one of the airlines in the alliance (not yet, but it can change) goes down to Tierra de Fuego in Patagonia, normally a very expensive flight, even domestically in Argentina. Since it is regional, if you could go from La Paz or Rio to Ushuaia, that would be a coup.
Another sector worth noting is 35,000 miles round trip within central and southern Africa. Intra-Africa airfares are notoriously horrendous and if you wanted to save some time from the overland slog, it’s worth looking into, but it will be work.

Some things to keep in mind:
—Always sign up for the United States-based airline within the alliance, and you don’t have to be an American citizen to do so. For example, if you fly on British Airways, don’t sign up for British Airways’s frequent flyer program, rather American Airlines’ which is in the same oneworld alliance. The two reasons are that you can’t combine mileage accounts later between airlines and United States-based airlines have better mileage accrual and redemption. All the major United States-based airlines belong to large alliances, but they also hook up and break off more often than at spring break. (Thank you! My entire website is built around this one joke.)
—Don’t assume from a map how countries are categorized. Sometimes you have to throw geography out the window. United Airlines considers Egypt as part of the Middle East, not Africa. Armenia is Europe but Azerbaijan is Middle East. Saipan is lumped together with Bangladesh in South Asia. China is North Asia but Hong Kong is South Asia, and so on. This is where you can exploit intra-category inefficiencies.
—Make sure your flight qualifies for miles. You might have been sold a group ticket or a weird consolidator’s extra. Don’t take the travel agent’s word for it either. Check with the airline directly. They will ask what booking class letter the ticket is (Class Q, Class T, e.g.) I got third degree burned once on Alitalia when I discovered after the fact that my class of ticket wasn’t valid despite my Japanese travel agent’s insistence. Or maybe I should learn Japanese next time so I can understand her.
—You don’t always have to fly from a country’s main hub. Why fly Frankfurt-Johannesburg if it is more convenient to go Hamburg-Cape Town?
—Open jaws (where you fly out from one place and return to another) on round trips are often possible. It could be possible to fly Frankfurt-Johannesburg and return Cape Town-Hamburg or at least return Cape Town-Frankfurt.
—Stopovers can sometimes be free if the flight isn’t direct. Maximum stopovers is what you want. Don’t pass up a free stop; it’s a gift from the airline gods.
As an example of the last two points, when Europe used to be compartmentalized in smaller sectors and before budget airlines were the norm, I flew Amsterdam-London-Dublin-London-Paris on British Airways for 15,000 miles, a stop in each place as long as I wanted (one year maximum for the whole routing) and no fee to change the dates, even last minute. 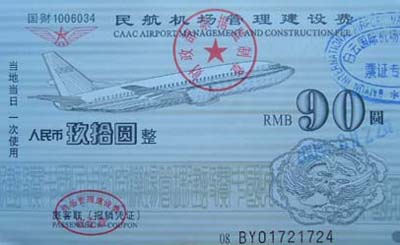 The Work
If you really get into this and want to pursue, say, a 35,000 mile intra-Africa flight that I mentioned above, and you notice that the partner airlines present lots of interesting possibilities for redemption, this is where the work comes in. Because it won’t be a United flight you are redeeming your miles for, you can’t do it online. You will have to call United and ask about it, but United’s agents won’t know absolutely anything about the routings the alliance partner airlines offer. They are trained to narrow you down right away: “Where do you want to go?” to which you parry, “Where can I go (within this region)?” and then you feel the icy silence on the other end.
Plan ahead for this call. It will be long and maybe contentious. Deep breaths. Find a comfortable chair, have plenty of water nearby, and pack a lunch. There’s no other way. Even if you tell the agent that Partner Airline X flies to this place and therefore it should fit the rules, you can’t assume it, and the agent will be flummoxed.
Don’t forget to ask how much all the fees and taxes are before you confirm anything, even if they try and blow you off with some gobbledygook about the fees being standard whether you bought your ticket normally or used miles.

Upgrade Schmupgrade!
Lastly, why do I say never to upgrade, whether with miles or by paying? Because it is the absolute worst waste of miles/money. Some hours of comfort is never worth the relatively prohibitive cost. That USA-northern Africa trip we discussed? For an upgrade to Premium Business Class, United wants you to use 30,000 miles AND pay $250-$500! I don’t know exactly what goes on in a Premium Business Class cabin, but even if it’s a Sodom and Gomorrah Mile High Club, for those miles and money, you can go from Turkmenbashi to Bishkek and have enough money for all the sheep’s brains and offal from surly waiters you desire.
Wait, let me think this over.