Faithful readers who are called by the names Bart and Jessica had recently reminded me about the lack of blog posts since my previous one was from Kazakhstan in September. Wait, what am I talking about? A literal crescendo of emails flooded my inbox, incapacitating much of Silicon Valley as I struggled to catch up on the universal sentiment that, yes, it is indeed high time I wrap up the last trip.
I don’t like writing so long after the fact, but it has to be done in this case, if only for the historians at the Kent Foster Presidential Library. (Doesn’t seem so far-fetched now, does it?) 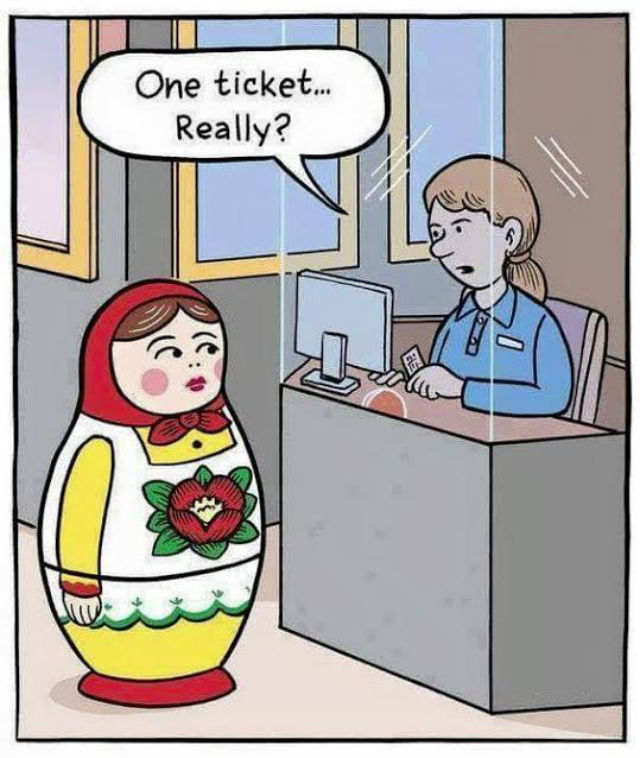 Some Russian humor sent to me from my friend, Robin.

After Kazakhstan I went back to Russia for a couple of weeks. I’m still surprised by the reaction I get when I say I have been to Russia, even from people who have been there. My Russian experience feels so different, it’s almost surreal in its uniqueness, as if it was a dream. Of course it is unique in that it was my experience, but no one else seems to come away with the same glow that I have about Russia.
This isn’t to say I had a fun time or it wasn’t lonely often—you’ve got to be kidding me if you think there’s a Natasha or a Tatiana waiting for me in every port, as many assume—but it was very worthwhile. To travel so far across the biggest country on earth is unforgettable and a great feeling of accomplishment even though I never think that travel is intrinsically skillful. 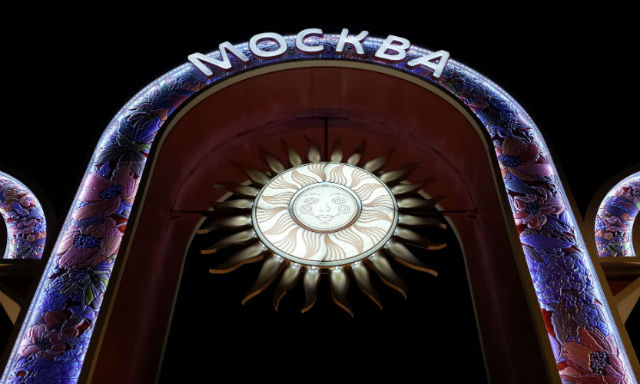 The mighty (temporary) arch of Moscow.

I saw virtually no Western backpackers my entire time traveling from the Black Sea to the Pacific Ocean. I’m not going to call myself a pioneer—I’m leaving that up to the many, many Presidential Library scholars—but for me it was terra incognita. My only regret about the trip was not knowing what Russia east of Moscow would be like. If I had any prior knowledge, I would have known to try and hitchhike all the way, no question, and in fact, I am considering hitchhiking from Vladivostok to St. Petersburg or Kaliningrad next summer. (Can Russia have six-lane highways by then?) 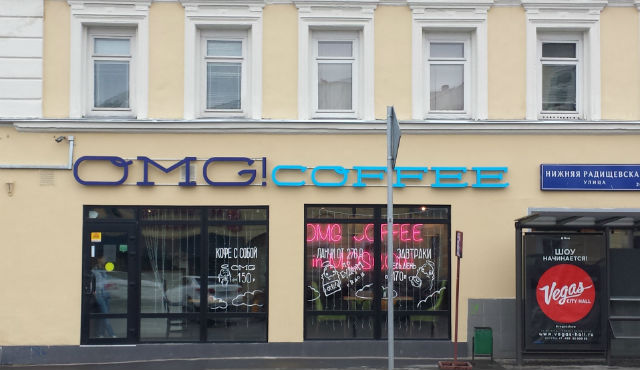 OMG! Coffee in Moscow. I was going to open LOL! Coffee across the street and Cafe ROFLMAO next door just to mess with them.

I feel it’s incumbent upon me to repeat this all the time about Russia: what grabs me about it are the gentleness and depth of the people. Of course, many Ukrainians and Georgians plus those who judge people through its leaders—I’m dreading my next four years—have less warm and fuzzy feelings about Russians.
The further east I went, the more I liked it. Siberia was a fascinating surprise, the Far East just as much. It whet my appetite to venture off the main west-east path and to get serious about speaking Russian. I had too much tunnel vision to get to Vladivostok quickly.
Again, the warmth and fuzziness is just how it was for me, but I’ve been to Russia a few times now and these aren’t my only experiences with Russians. When I worked for EF in a summer camp in California long ago I had a conversation with a Russian 16-year-old who couldn’t conceal her astonishment that not only had I never read any classic Russian literature, but I had hardly read much American literature. She was crestfallen to realize how relatively uncultured Americans are. (Yes, I just painted with a wide brush; maybe I’m the only uncultured Neanderthal in America.) Some other Russians in that group were malevolent malcontents, just as I come across some sourpusses on the road, but I’m focusing on the positive. 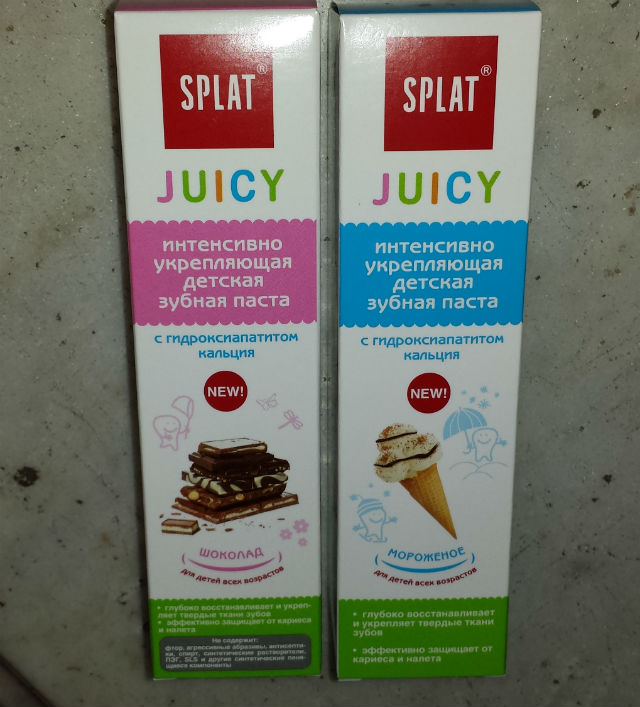 Splat toothpaste(!) in chocolate and ice cream flavors. Be the US distributor for this! Can’t miss! Another FREE business idea from The Dromomaniac! 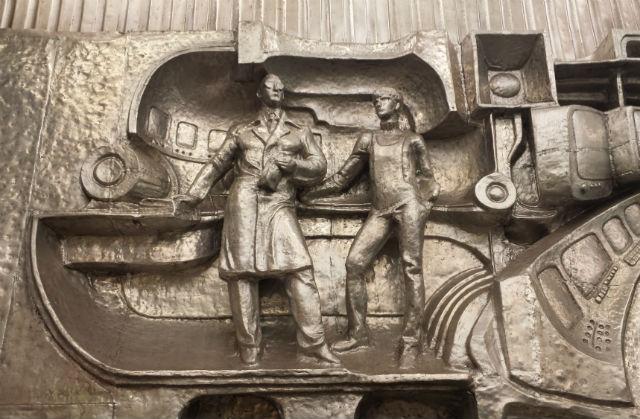 Stylish relief from a metro station in St. Petersburg.

I met many, many people while crossing Russia and almost no one asked about Donald Trump despite it being the height of the primary season when I was there. I surmised that this was because few people wanted to be asked about Putin. I’m guessing that the Russian attitude about their government is pragmatic, maybe akin to China’s: it makes little sense to waste energy thinking about, much less discussing something you have no control over and can get you in trouble. So, while Putin may have championed a more austere, conservative Russia in alignment with the popular culture, he isn’t on the tip of anyone’s tongue. (In Germany, by contrast, every second or third driver who picks me up hitchhiking wants to talk politics.) 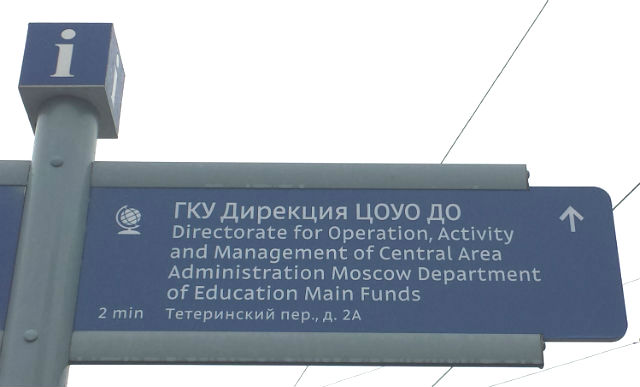 The difference regarding tourism between Moscow and St. Petersburg can be easily explained by the factoid that St. Petersburg has about 10 tourist information kiosks and Moscow none. This picture is Moscow’s concession to the fact that foreigners do come to the city from time to time: street signs in English. However, they are oblivious to the fact that no one wants to visit the Directorate for Operation, Activity and Management etc., etc. 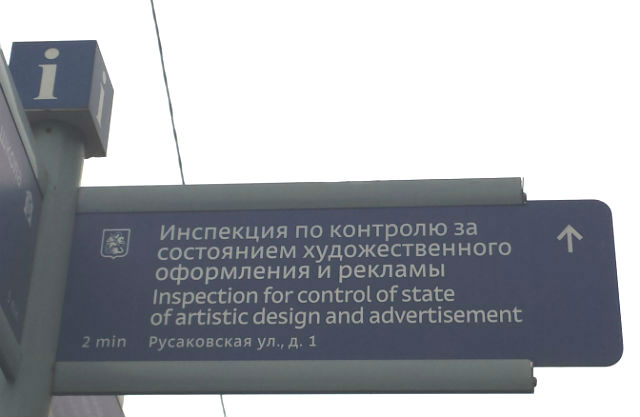 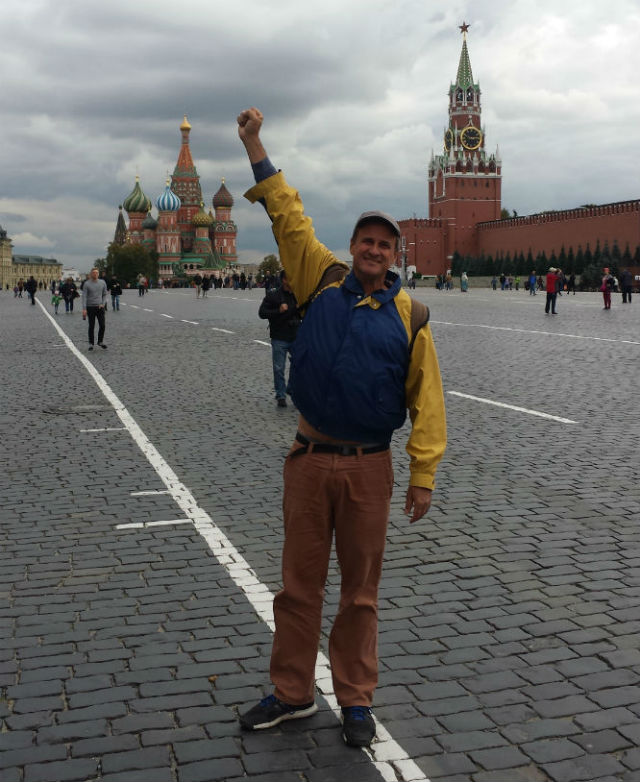 PRACTICAL INFORMATION
As tempting as it is to launch into a screed about Trump, I’ll just focus very narrowly on two things about what his ascendancy means for American backpackers in a practical sense.
Number one: travel to Cuba now! Trump has threatened to undo entirely Obama’s rapprochement. I can easily see that door shutting. Theoretically, Americans need to have some official reason to go, but it’s on the honor system and have you ever heard of someone getting in trouble for going to Cuba in the past few years? Anyone? You haven’t. You won’t, but that could change in a snap.
Number two: travel anywhere now! The first visible thing that could happen in our new, inward-looking society is that visa costs and other barriers to entry are going to go up as a result of tit-for-tat diplomacy. It’s a perfect time to go, plus the dollar is strong and Chinese airlines want to take you anywhere cheaply. I never think there is a bad time to travel, but this is an especially good time—auspicious, as the Chinese might say. 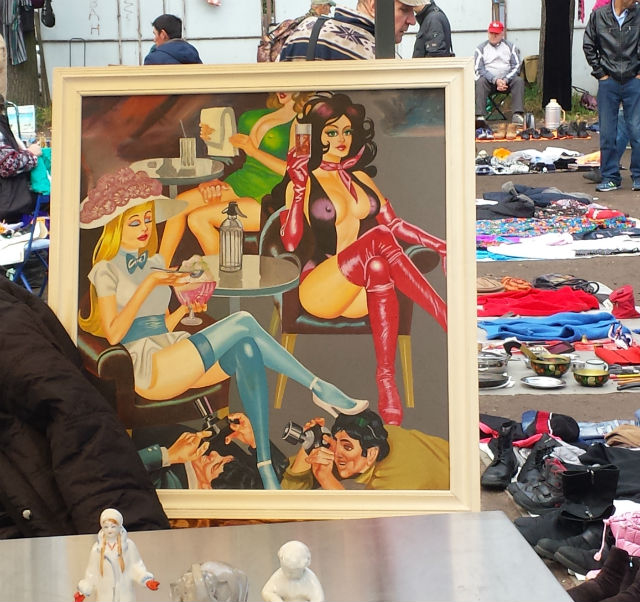 This is from the St. Petersburg flea market. Didn’t catch the name of the artist or what part of France he’s from.