GUIDEBOOKS and LANGUAGES
It is popular to slag on Lonely Planet books, but I defend them. Their maps, the most important aspect of a guidebook, are by far the best except for the ever-dreaded “not to scale” ones which are thankfully rare.
I just don’t acquire the taste of other guidebooks. Let’s Go is written for teenagers, Fodor’s and Frommer’s are for rich tourists, Rick Steves is good for inspiration but not for the low-end crowd like me, Bradts are OK for off-the-beaten path countries and Footprint/Moon/Rough Guides simply don’t grab me. I wouldn’t object if Lonely Planet changed their pages to have rounded corners, so there’s always room for improvement. Worst, so many of these guides are unforgivably heavy which is the ultimate sin. Lonely Planet has some monster-sized editions, but an LP book of 300 pages always seems to be lighter and more substantial than anything else of 300 pages. It’s all about weight.
The shame about the popularity of Lonely Planet is that a herd mentality takes over. Everyone stays/eats/does the same things because everyone has the same book, though the dynamic is changing as more people recognize this and take advantage of hostel booking websites and, ironically, Lonely Planet’s own Thorn Tree, a great source of fresh info from other travelers.
I am always amazed at how many travelers fulminate about guidebooks being outdated. ALL travel guides are outdated by nature, especially if they are for a popular country. You can’t do the research and print it overnight. Tourism changes things on the ground quickly. A five year old guidebook to Thailand may as well be a museum piece. 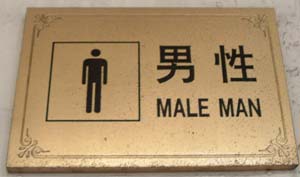 All of this said, unless I am in a new country for a long while, I rarely travel with guidebooks, mainly because they are too heavy. Instead, I ask another traveler if I can photocopy the pages I need or maybe the info is on Google Books if it isn’t a popular destination. If your entire trip is for a month or so, consider checking out the guide book from the library and simply returning it when you come back. Put an extra cover on it to protect it.
The other most useful thing about guidebooks are the phrasebook/dictionary sections in them. Take some time to learn words and phrases, numbers, and a few bon mots. It’s fun.

Me no speak?
I cringe when I read on travel websites and blogs something to the effect of, “You don’t need to learn any languages! Everyone speaks English! What a relief!” Come on. That sounds like: “You don’t need to try any local food! McDonald’s is everywhere! Hallelujah!”
Don’t be so excited that everyone speaks English. It isn’t much effort to learn the numbers and some phrases wherever you are. Just learn what you need. That will quickly become evident when you are on the ground, things like “thank you”, the numbers, “expensive/cheap”–and if you can only remember “cheap”, for example, learn how to say “not cheap”–you can do so much with so little! You might find that a key to learning is listening. A friend of mine learned the numbers in Indonesian by stumbling upon a Javanese village bingo night and in one interesting evening she soaked it all in.

If languages are a real mental block, get over the notion that the goal is to read a local newspaper or to be able to have long philosophical discussions. Don’t think of it as learning a whole language, just bits and pieces that will be useful. You will be surprised at how far you can get with a little vocabulary and seeing the look of delight on peoples’ faces will make it all worthwhile. People will generally be happy to help with pronunciation and hopefully this will encourage you to learn a little more every day. I contend that after you get a grip on your first language, it’s much easier to get a start on others, even if linguistically unrelated.
For a long time I didn’t want to visit Brazil until I learned Portuguese beforehand, but I kept putting it off and putting it off until I saw a flight deal I couldn’t refuse (200 euros one way from Germany). Once in Brazil I saw that I could get by to a degree with Spanish, but then realized that I was putting the onus of understanding on the Brazilians to comprehend it. So I bought a phrasebook, mercilessly asked everyone how to say this and that, and it didn’t take so long to say basic things. The motivation was that it’s a great feeling to be understood when I try and communicate something in a new language, and Brazilian Portuguese proved to be rich, fun and evocative to learn. It wasn’t easy and I made countless dumb mistakes, but you just have to be a little outgoing and fearless. It took time, but soon enough I stopped asking people if they spoke English and just went in head first. Better to try with a limited vocabulary and use hand gestures than to bury my head in the sand.