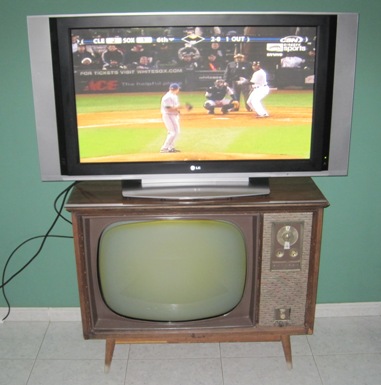 In little San Gil I am advised against drinking the tap water, but on TV I can watch the Masters golf tournament, the NCAA final four, the European soccer championships, and several American pro baseball games. Quick question: in 10 years which TV will be worth more?

Colombia is seemingly totally self-sufficient in food.   It is a shame there aren’t more exports to USA, particularly for fruit.   Eliana thought it is because of the opportunity drug smugglers have in all those shipping containers.   All of the off-season fruit I see in California comes from Chile, but Colombia has both Pacific and Caribbean ports and could easily usurp that business.

Colombia is like Brazil in that it should be a richer country just in fruit exports alone.   Fruit-wise the two are powerhouses.   A fruit competition could pit Colombia with its lulos and uchuvas, while Brazil could counter with acai and acerola—plus quite a bit more. Brazil really is the world fruit superpower, I have to admit.

I am a big fan of guanabana, but I would like to get my hands on the person who gave it the English name, soursop.   Soursop?!   Who thought of that? An outrage.   How can you get behind a fruit called soursop–and it’s not even sour!

The fruit I eat most is granadillas, a brother in the passion fruit family.   4 for 1000 pesos (US$.60).   Maximum deliciousosity.

I played a guitar for the first time in a long while and got blisters very quickly. It has taken me three hours to type this sentence.