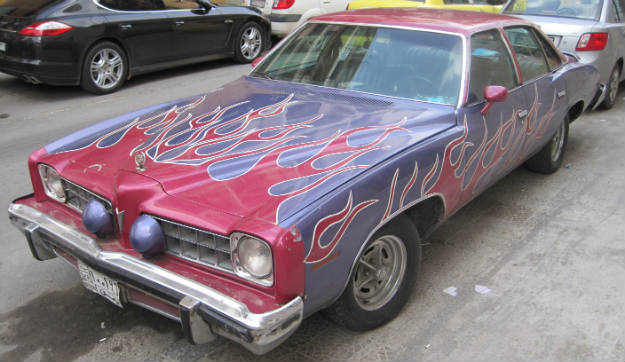 For some reason the same travelers that are staying at the cheapest hotels also like to splurge and rent cars or rent cars with drivers or get airport pickups which are all an unnecessary waste of money in Syria—or so I thought until I laid eyes on this groovy Pontiac. Can you imagine tooling around the country in this baby?
Speaking of which, would you like another FREE tip to make some money? Start a business renting big cars like this in America to foreign travelers. Do you know how many foreigners dream of driving across the country or the old Route 66 in huge cars like this? Never mind that Route 66 doesn’t exist or that it is a much better trip to go from Seattle to San Diego along the coast. (It’s downright tragic that not enough people listen to The Dromomaniac.)
Americans complain about high fuel prices and gas-guzzling cars are very much out of fashion, but try telling that to a Norwegian who has only seen cars like this in (American!) movies and where gas is double the price. 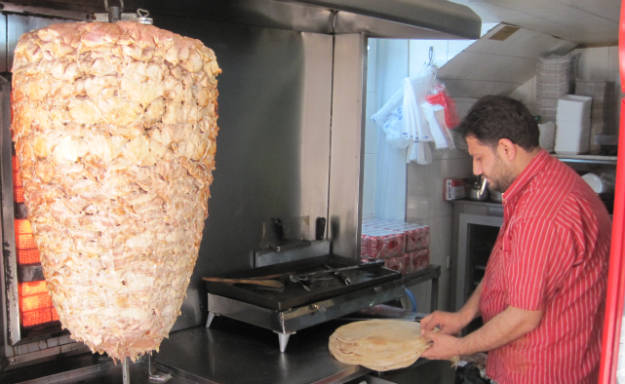 Remember when I asked how the meat on the inside of a big fatty like this doesn’t go bad? A friend wrote, “I asked my Egyptian friend how shawarma doesn’t go off and he said that it’s because of the initial marinade in vinegar and spices that kills the bacteria. How well the cook knows how to do this makes or breaks the vulnerability to bacterial growth.”
Now, you may look at this guy in the photo with some prejudice that he may be less of a master because he is smoking (and yet who doesn’t love smoked meat, even if it is menthol flavor?) but I stood and watched him from across the street as he appraised the meat, how it was attached—still a big mystery to me—it’s relation to the heat, it’s relation to the sun and the moon and the stars, and I was duly impressed. It can’t explain why I got sick later, can it? 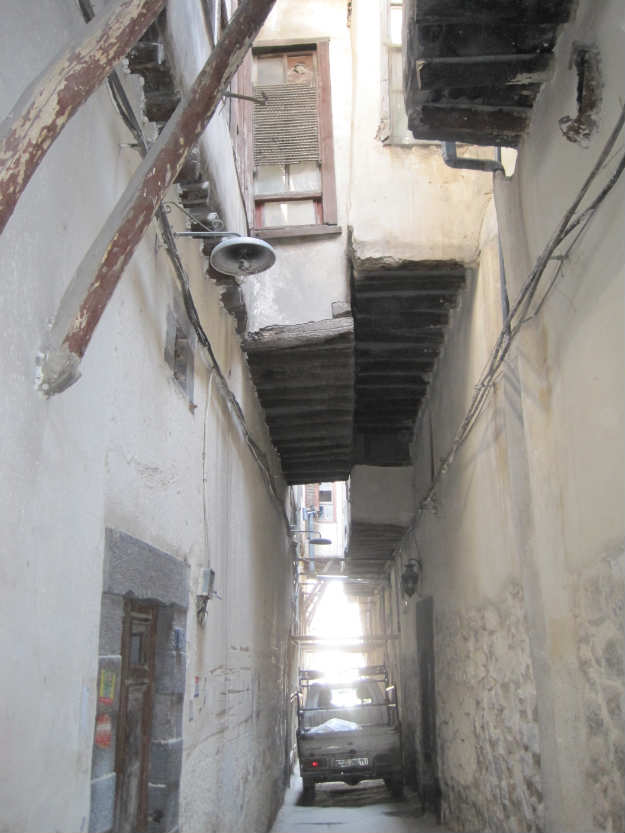 It is a shame that vehicles are allowed in the old city. These tiny Asian trucks blow through alleys so narrow I have to scramble to find a doorway to hide. 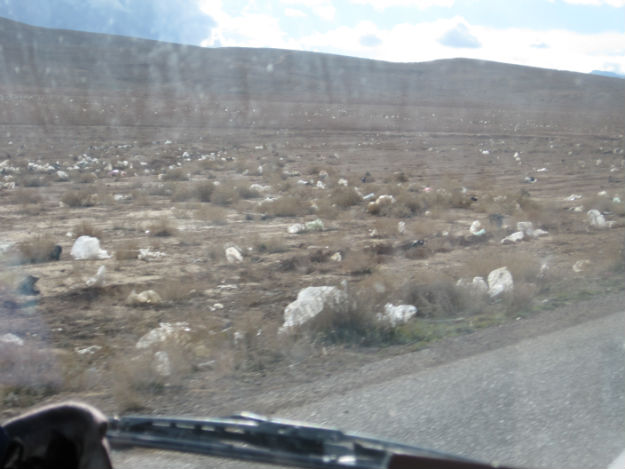 When you drive out in the desert, you see trash accumulating anywhere it can.

Construction has started on some new ruins. The old ruins were looking kind of run-down.

Photos I forgot to take:
1-a photo of a wide column of ants in Palmyra with the caption that ants are reviving ancient east-west trading routes.
2-a photo of a bedouin tent in the middle of nowhere with a TV satellite dish and a caption asking if bedouins yell at their kids, “Stop messing with the dish! I’m trying to watch the game!”
Maybe it’s all for the better.