Before I start, a quick thing, the shortest of short stories: a billion years ago when I visited New Zealand I stayed as a Servas guest with a woman in her 70s in a remote part of the South Island. She had a cat named Socrates and I asked, “The philosopher?”
It was a dumb question. She said, “No! The soccer player!”
Socrates died a couple of days ago. When your influence extends to old Kiwi women naming their cats after you, that’s saying something. 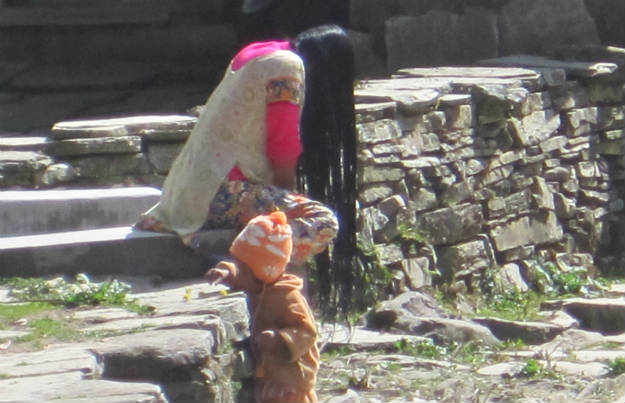 This is my favorite thing about Nepal. First, ask anyone who has ever been to Nepal if they have ever seen a girl with short hair. They will say no. Short hair must be a serious criminal offense here---as it should be. Anyway, girls will sit on their stoop and comb their long hair all morning and let it dry in the sun. I can only hope that this craze takes the world by storm. This would be a movement I could really get behind.

Flying out tonight to Kuala Lumpur, Malaysia, $302 on Nepal Airlines. I intended to go to Bangkok ($225), but the flight was canceled. Did you know that Nepal Airlines has exactly two airplanes, Boeing 757s, for their entire international network? Two! Those planes have some serious mileage on them as they have a pretty full schedule.
My Nepali visa expires 30 minutes after my flight departs, so I have maxed out my 45 days. Had a great time. Nepal’s fantastic. Next time I come back I am doing an Everest trek. I met some travelers who say I have it all wrong and it is just as spectacular as the Annapurnas. One of the best things about Nepal, if not the best, are the impressive Nepali people. They are interesting to talk to, have a good sense of humor and compare nicely to the Indians who—how should I put this?—can be a tad dour and taciturn.
I had the chance to meet someone who found me through my website, Stephen Lioy, which is always fun. If I am in the same country as you, don’t be shy, let me know! Don’t worry, I won’t hit you up for money. (Stephen, my buddy, my pal, I’ll pay you back as soon as the stock market turns, I promise!)
Here are some photos of the weird and wonderful in Nepal. The photo that got away: a bus with the slogan “Love is drama” written on it. 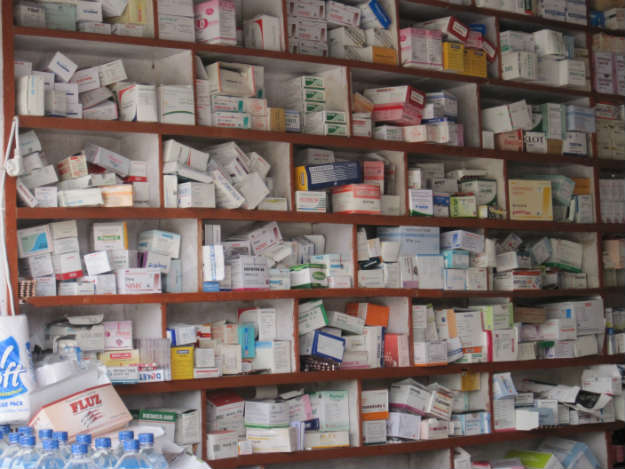 What is scarier than a disorganized pharmacy? It's a trick question. Nothing!

This is on the application form for trekking in the Annapurnas. I don't know what to make of it. 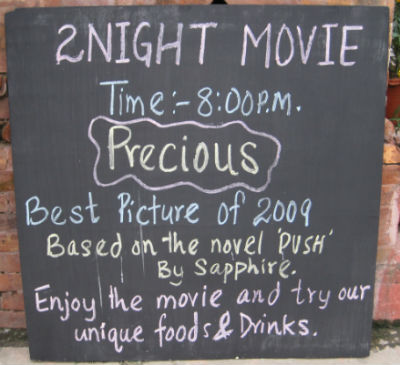 The funny thing about this is that 'Precious' is an incredibly depressing movie so why would you want to use that to get people into the restaurant? Even more confounding is that the movie played there a whole week! 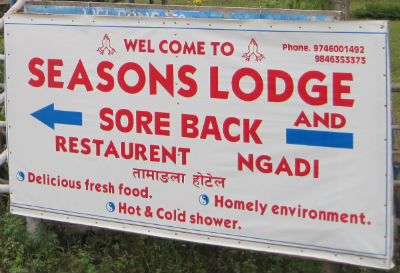 The Seasons Lodge and Sore Back Restaurant! 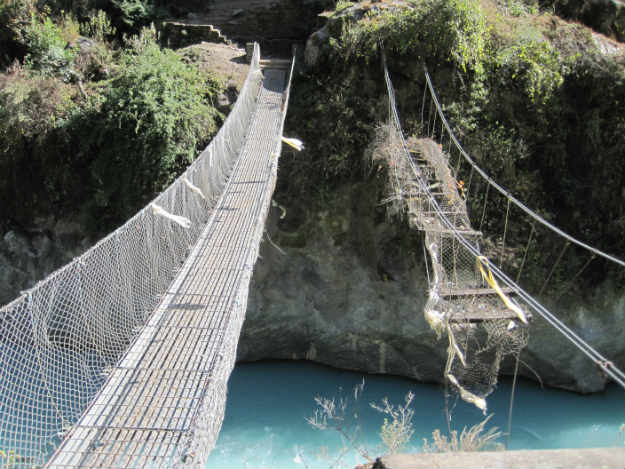 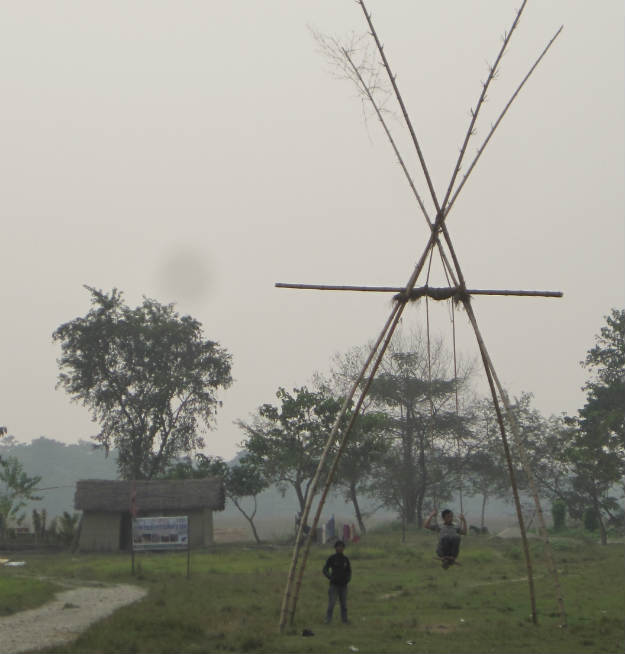 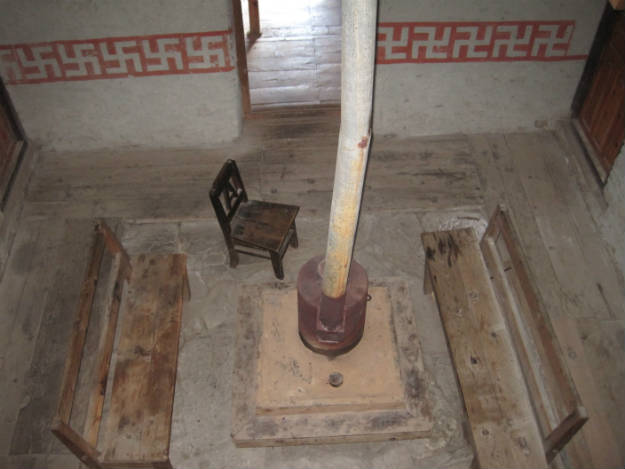 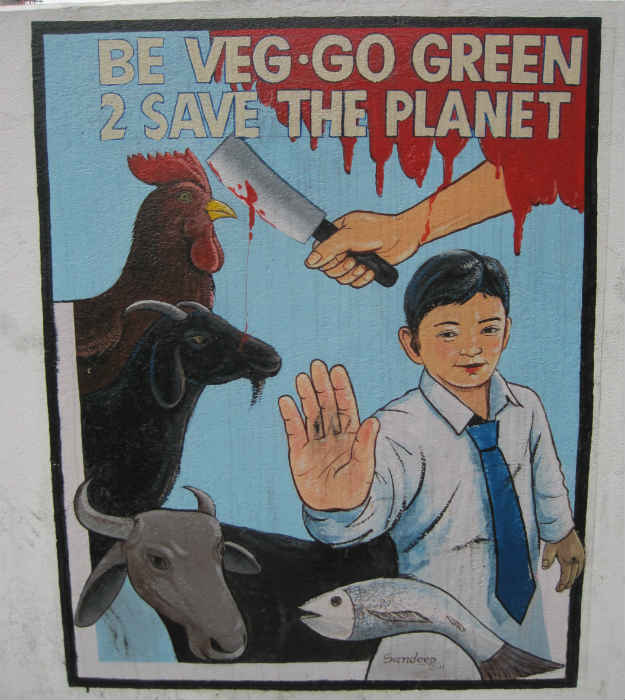 Doesn’t the kid above look Chinese? Hey, speaking of Chinese, I would say that you get both overt and subtle feelings that China is flexing its muscles and moving in on Nepal. There are scads of Chinese tourists waddling around Kathmandu. In Chitwan they were entertaining to watch as you’d find women walking in the bush in heels and glittery pants.
More subtly, I wonder how much China is behind the road construction to join the roads in Tibet as I wrote in my last post, and what they are really after. The Chinese give aid or pay for projects without preconditions, just for influence and trade, while Americans give aid and pester Nepal to stop trafficking their women and rein in corruption, among a host of other requests and demands. Chinese money is more desirable.
I don’t make much of a fuss about this; I am too busy trying to buy bulk rhino horn and tiger penises for my Chinese customers.

I never found time to tell the story of when I visited a prison in Malang, Indonesia where I met an Aussie guy who was starting a business with the only Nepali to win an Olympic medal (boxing/silver) at the Bluebird Hotel in Kathmandu.
Another guy I met in prison there got out and wrote a book. I sent him an email to say I had visited him and he was very appreciative.
I also visited the Kathmandu jail last time I was here and—no time for these stories! Wait for the book!