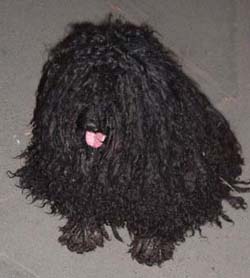 Is anything in this guy's sights?

I had jury duty last week. I was hoping it would be a trial of someone stealing travel website content or a jaywalker so I could scream, “OFF WITH HIS HEAD!” It’s surprising how easy it is to get excused from serving as a juror. More than half of the people who came for the cattle call got away with using any excuse they could think of. You simply stand and announce your so-called hardship and the judge was very lenient about letting people go. I didn’t mind staying. I’ll save my excuse next time: “Your honor, I suffer from intense hemorrhoid pain and severe flatulence, a potent combination, as you can imagine…”
The case was bizarre. One of the charges was assault—assault with a frozen chicken leg, in fact. In the end we found the defendant not guilty, but it had nothing to do with his lawyer quoting from the movie, “The Big Lebowski”, in his final statement. (“The Dude abides.” Ummm, OK…)
I’m glad I saw the judicial system in action, but it was strange to get up early every morning and have to go do something. It reminded me of work. (shivers)
The judge might have felt sorry for us jurors dealing with such a strange case, so he brought his wife’s delicious homemade biscotti as a snack.
The next time I am going to have biscotti will be in Italy in July. (How is that for a segue?) I am waiting to read the fine print, but the government for the region of Emilia-Romagna is proposing to put me in a house in Rimini for a week with some other travelers to blog about the attractions of the area. Emilia-Romagna is next to Tuscany, and the fact that I have to explain its location is why they are doing such a project, I am guessing. I don’t know the details, but I hope tourism officials in Japan are watching closely and learning. Yes, I’m talking to you, JNTO! You still need me!

I’m going the long way round. Next week I’m flying one-way to Kuala Lumpur, Malaysia from Los Angeles on Air China for $568. I know, I know, I’m not happy about it either. There’s also an 11-hour stopover in Beijing, but since I read my transit terminal is the fifth largest building in the world, I am keen to see it. A couple of days later I fly to Semarang, Indonesia. Sema-what? Exactly! It’s the cheapest place in Java to fly to from KL, $61 one-way including taxes and bag fee. Must be paradise.
The moment my payment for the ticket was approved, I sprang into action: I raced to the store to buy chips and salsa. Who knows when I might have them again? I’m so weak. 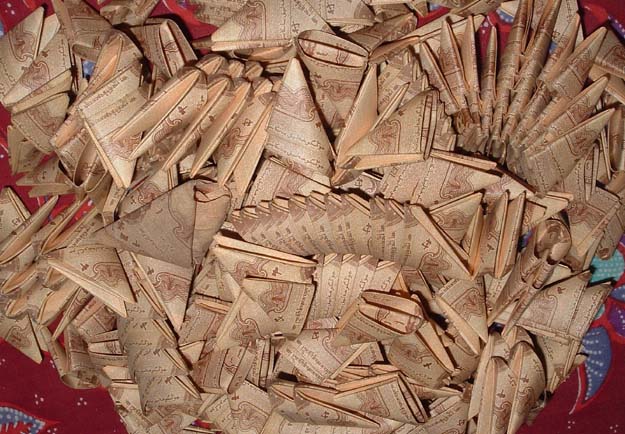 This is meticulously folded Chinese money, 1 fen, no longer in circulation. Last time I was there I tried to get as many of these little banknotes as possible and one kiosk seller stored his old money like this. He was thrilled to exchange them as Chinese people didn't want any part of the nearly valueless notes (worth less than one cent). See? I am doing my part to bridge cultures, optimize the most efficient reallocation of resources, etc., and I'm not even on the shortlist to be a United Nations global ambassador. Outrageous.