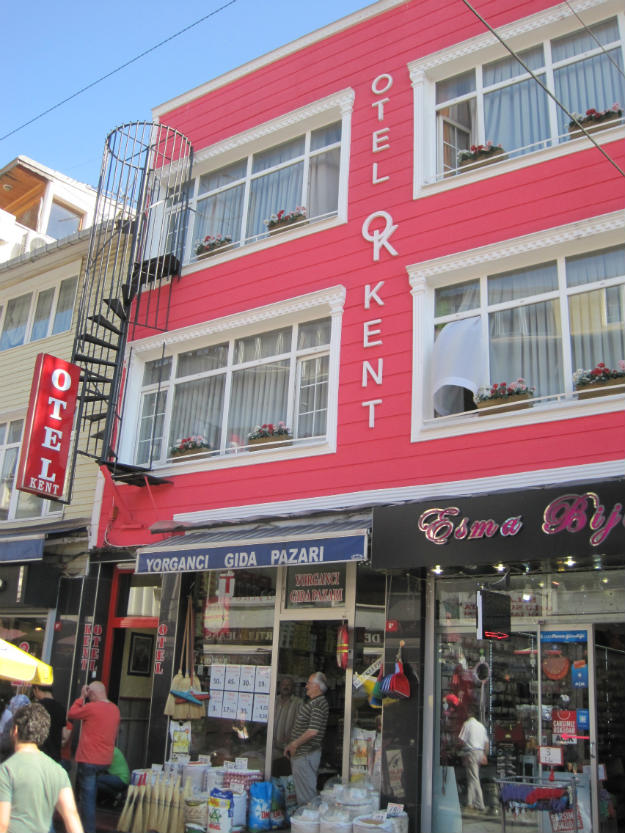 The Hotel Kent in Istanbul. 'Kent' means 'city' in Turkish. The cheery facade is surely a mask for a den of vice.

I had one of my best airplane descents ever when I sat on the left window for my flight from Berlin to Istanbul. No photos; I wanted to savor it nonstop. We came due south from the Black Sea over the European side, right over Taksim with a long view of the Bosphorus and the Asian coastline, and then a right turn just before the Galata Bridge and the Golden Horn, giving me a view of Topkapi, Aya Sofia, Blue Mosque, New Mosque—gotta love that the “new” mosque is 400 years old—and Suleymaniye Mosque, followed by the city walls and Ataturk airport. (Very quick travel tip: most cheap flights go to Istanbul’s other airport, Sabiha Gokcen, so don’t lazily do a search on IST, Ataturk’s airport code, but also check SAW, even though distant SAW feels halfway to Armenia.)
I made a beeline to Ciya Sofrasi, a restaurant I had read about it in this well-written article in the New Yorker magazine. (The New Yorker could have a 10,000 word feature on a public toilet in Uzbekistan and I would be speed-dialing the embassy to get a visa. If you want another great read, check this story out.) Ciya is on the Asian side of Istanbul, not a long walk from the Kadikoy ferry terminal, meaning that there is no logistical excuse to avoid it wherever you lodge in Istanbul. After I’ve had a long day of harvesting kidneys in the Hotel Kent’s bathtub, I’m looking forward to Ciya’s creamy hummus and flatbread.
The three dishes in the photos below cost about $15, if I remember correctly, about the same as a decent restaurant in the Sultanahmet area where all the tourist attractions are, so take the 2 lira ($1.10), 20 minute intercontinental ferry and make an evening out of it. That ferry ride is one of the world’s best. It acts like a bookend to the Hong Kong Star Ferry on the other side of Asia. 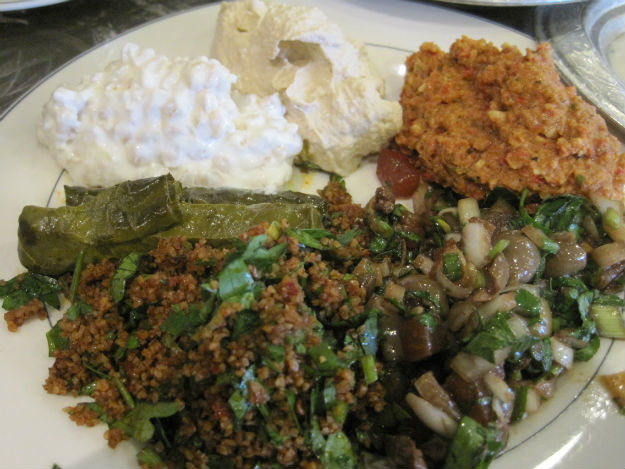 In front is the first dish mentioned in the New Yorker, the kisir, a sort of Turkish tabouli. It tasted as good as it was described in the article, however... 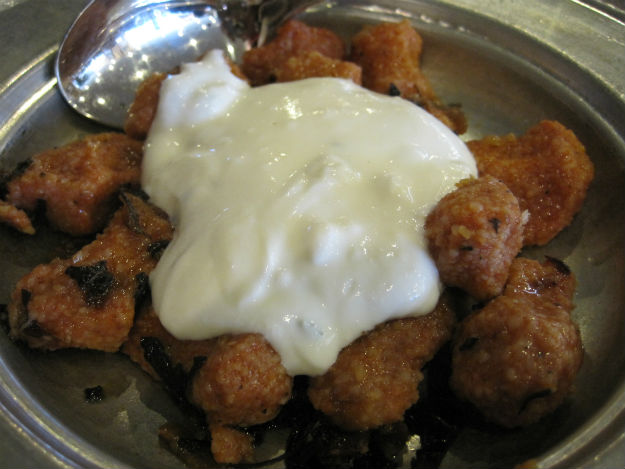 ...these vegetarian kofte (meatballs) stole the show. I think these were wheat-based, too, but they had a rich flavor by itself and so succulent that this amount of yogurt was unnecessary.

There was no keskek the day I visited. I was in a deep funk, inconsolable, and I blame my mental instability for the weak move to get the dolmas (stuffed grape leaves). Too predictable. 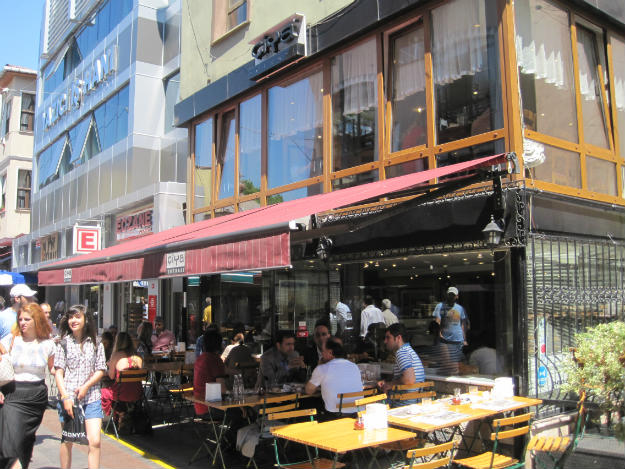 Ciya Sofrasi has an unassuming location next to a pharmacy. It's a mistake to eat this food in the outdoor heat. Hunker down inside. 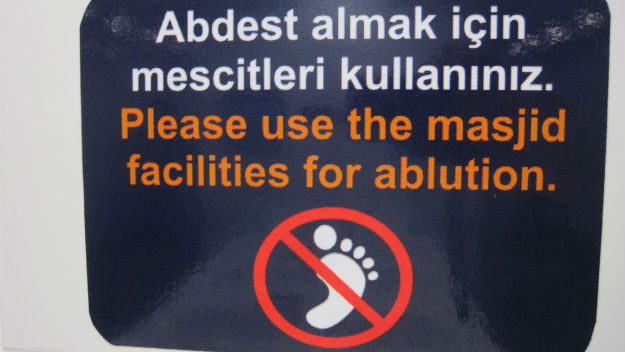 Sign in the Istanbul airport bathroom. Taking photos in a bathroom is tricky business. 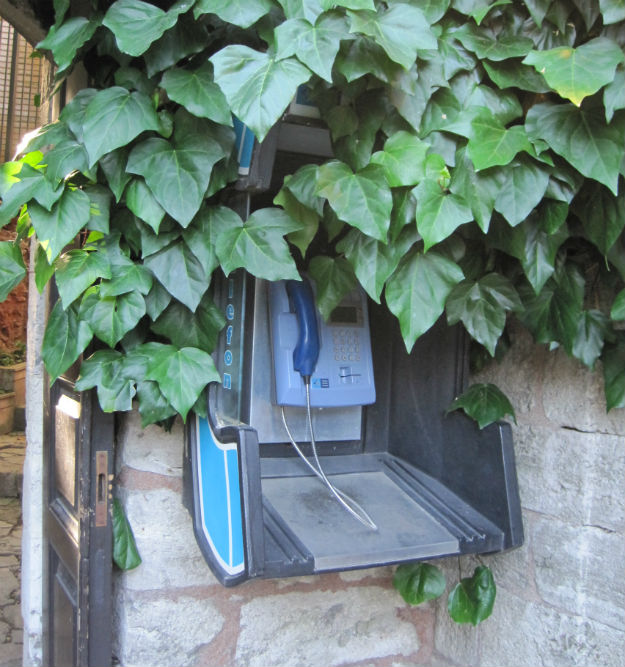