Here’s my plan: I am going to buy this Sony Action Cam when it comes out later this week, then go to Seattle next weekend to see an old friend, and then go somewhere else undecided as yet, probably Vancouver, Canada. Kind of a plain vanilla plan, I know, but it isn’t a big deal. I do it all the time. It would be news if I knew what I was doing. All you aspiring travelers out there, my message to you is this: don’t plan. My other message is to please pick me up when you see me hitchhiking at midnight in the rain in northern Washington because I didn’t have a plan.
Apropos of nothing, I’m excited about this music video I want to share with you. Do you know the old Motown song, “You Keep Me Hanging On” by The Supremes? It’s like a French pastry: beautiful, exquisite, quickly devoured, easily digested and forgotten. Phil Collins made a cover and I don’t want to distract you by providing a link because it is a very tepid remake: White Supremes Lite. Vanilla Fudge, on the other hand, will blow you away with this interpretation. You need to watch this 14 times in a row like I did, but if you can only manage two or three, concentrate on the organist’s expressive left arm, the spastic blond bassist, and the Keith Moon-prototype drumming. Thank me later. 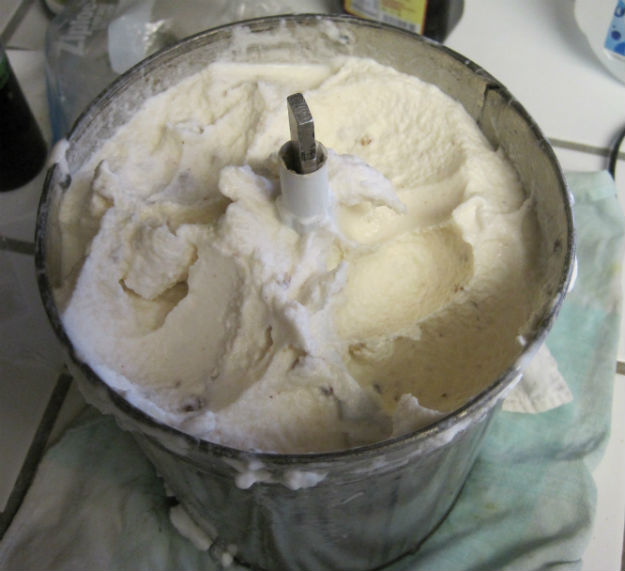 Speaking of vanilla, I made some homemade vanilla pecan ice cream. The problem with homemade ice cream that has no stabilizers or preservatives is that it’s only good right when it’s finished. If you freeze it, the next day it crystalizes and becomes rock-hard with an icy/slushy texture.

Homemade vanilla pecan ice cream (a variation on a recipe from Dick Murray)
— 3 eggs well-beaten
— 2 small cartons of whipping cream
— 1 1/2 – 2 1/2 cups of sugar (depending on the crowd)
— 3/4 cup of white syrup (honey may be substituted; use 1/3 less sugar—yes, the Murrays are descendents of mathematicians)
— 1 cup crushed pecans
— 1 tablespoon vanilla
— Fill remaining space with whole or 2% milk (2/3 – 3/4 full)

I got a quick mention, a nod, a tip of the cap in the New York Times in this piece, This City Confused Me. It drifted away as fast as it appeared but I will always be pleased to be mentioned in any form of the Times.
I’m kind of a big deal in East Africa, too. I was profiled in this Ethiopian newspaper story about CouchSurfing. I might start calling myself, “Mr. Hundred Beds”. My favorite (mis)quote is, “it is as if they are interested in hearing my stories”, but maybe the shoe fits. 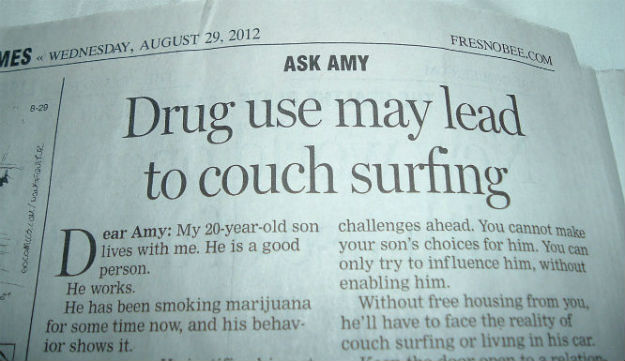 From my local paper. so it must be true

Short rant: it’s been over three months and I am STILL waiting to get my Turkish Airlines flight miles credited to my United Airlines/Star Alliance account. United’s customer service is head-pounding-against-concrete-wall maddening and my love/hate relationship with frequent flyer miles is often tested, let’s say.
Long rave: Do you know reddit.com? A reader named Flavio recommended it to me. I thought it was just a place for blowhards to scream opinions on hot-button topics, but it’s a big pile of everything. One thing that sets it apart from Lonely Planet’s Thorn Tree is the non-hateful tone in the questions and answers of the travel community. In fact, I am the one who often has to bite my tongue when people submit asinine questions (“Where should I go this weekend?” and “What is there to see in Germany?”)
There is also a Reddit IAmA, where people state something interesting about themselves and invite questions, such as these:
“IAmA 23 year old girl who just got back from a 105 day trip around the world. Also, I use a wheelchair and have had strokes and stuff. AMA (AMA=ask me anything)”
“IAmA person who has never lived in the same place for more than ten months since I was 18. In the last ten years I’ve had twenty-three jobs and lived on four continents AMA.” (I wish I had that stability)
“IAmA man who owns a bidet. I don’t use and have never bought toilet paper”
This openness makes the conversations candid. It’s fascinating. I’m not sure how to present myself if I do the same. Flavio suggested, “I’ve traveled to over 100 countries for very little money. AMA!” but I’m not sure it’s compelling enough for that crowd. I could also go with:
“I worked in a dog hotel in the Japanese Alps. AMA!”
“I drove around the country seeing 23 baseball games in 29 days. AMA!”
“I’ve worn the same pair of underwear the last 4 months. AMA!”

Is your head still spinning from the many tangents in this blog post? No? Then why not stay with me? You can follow along with RSS or subscribe to an email feed.