NOTE: I flew out from Nepal twelve hours before the big earthquake and I left the Langtang area about three days earlier. I started three blog posts before I left: this fluffy one about Kathmandu, a big one about my trek in Langtang and another about practical information doing the trek. While it feels trivial to write about traveling in Nepal since there is so much desperation and suffering in the aftermath, I decided to put these blog posts up anyway for myself, for my own memory.
My greatest accomplishment in Nepal might have been not getting sick in the four weeks I was here. Last year I went to a clinic because the dust in Kathmandu valley is Beijing-thick and I was hacking phlegm like a Chinese peasant. This time I felt nothing at all. Never got sick from the food either.
The picture I don’t have here is of the biggest batteries I’ve ever seen that are common in guest houses to keep the wifi going when the power goes out. Every day Kathmandu goes without electricity for at least ten hours. This used to be called a brownout but now goes by the more evocative “load shedding”. The fact that every guest house has a huge battery is recognition that they understand the priorities of travelers, i.e. wifi uber alles. 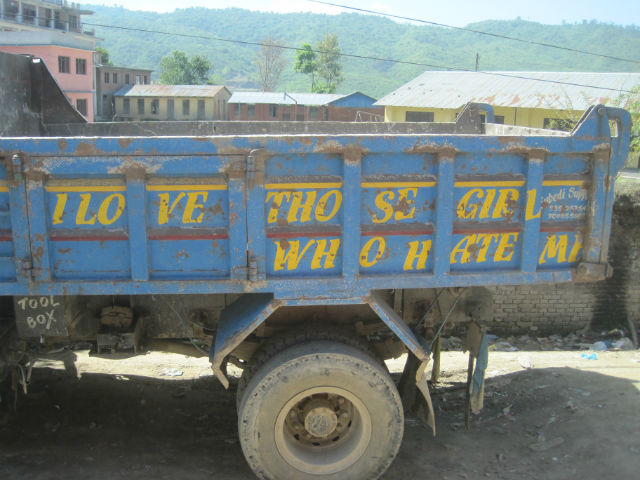 “I love those girl who hate me.” OK! Good to know! Thanks for sharing that on the side of your dumptruck. 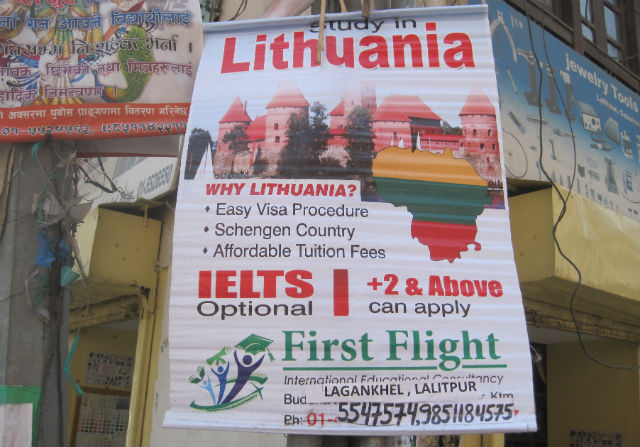 There’s a lot to like here. It’s like a backdoor way for Nepalis to disappear inside the European Union. Go “study” in Lithuania! Easy and cheap to get a visa, it’s a Schengen country so you can move around freely—even the name of the company, “First Flight”, says it all. 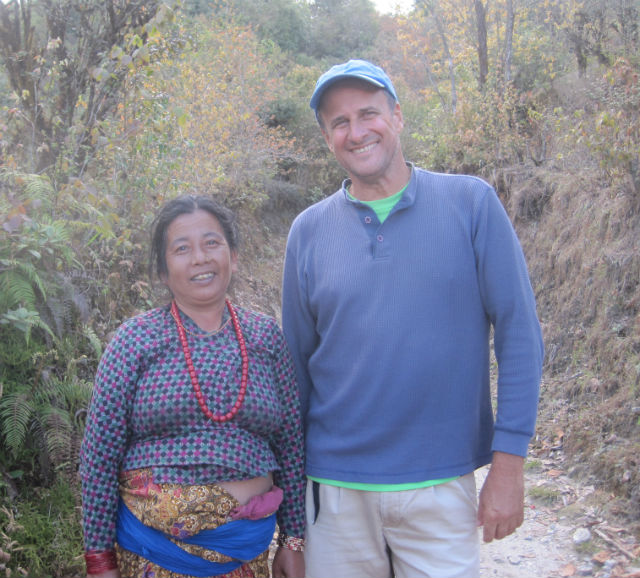 On a short trek with friends near Kathmandu we met this woman on the trail. We were walking up from Sunderijal and she asked if she could join us to Chisapani because she was afraid of walking alone for fear of attack on her and, specifically, her gold nose ring that you can’t see well in this photo. Apparently the measuring stick is that if you are within a day’s walk of Kathmandu, you need to take precautions for your personal safety. 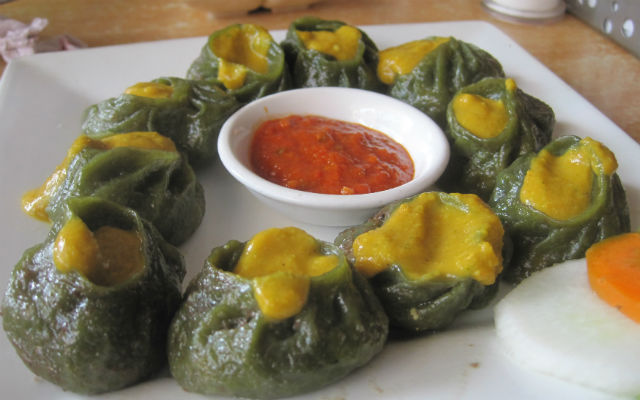 This vaguely Tibetan food was the culinary discovery of the trip: palak paneer momos from Momo Hut on Tridevi Marg in Thamel: a cottage cheese dumpling with a spinach wrapper. Tastes much better than it sounds. US$1.40.

Seen at a Chinese restaurant. Never understood. I thought of bringing my own sign: “I wanted fork.” By the way, Chinese tourists are here in droves, and any Nepali worth his salt is studying Chinese; they see the future. 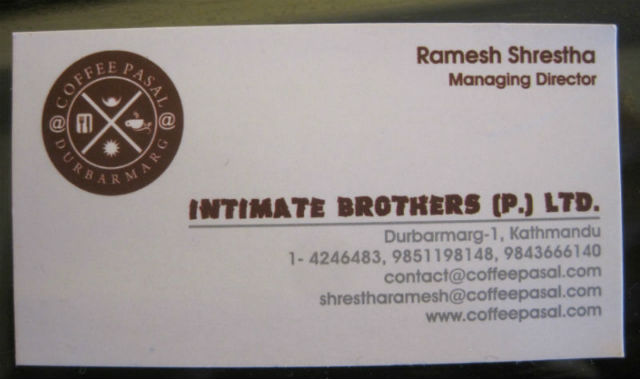 Strong candidate for “Worst Business Name of the Year, 2015” 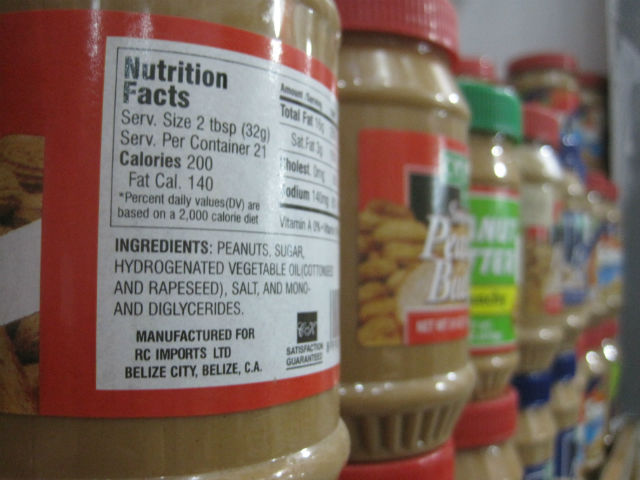 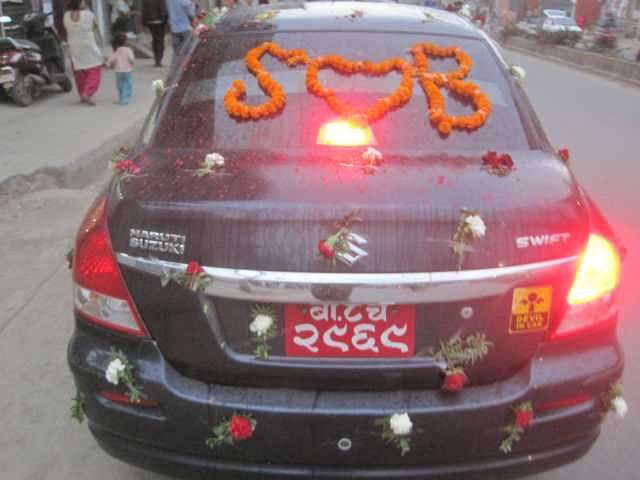 I first thought this was “SOB—son of a bitch” instead of “S loves B”. Pretty cool license plate. If it was metal you could make some money on ebay.

PRACTICAL INFORMATION (US$1 = 99 rupees)
There’s a new airline flying to Kathmandu: Malindo Air from Kuala Lumpur. I flew for 25,900 rupees, about US$260 one way, though cheaper can be had if you aren’t in a rush to get out before your visa expires. The discount airlines flying out are flydubai and Air Arabia to United Arab Emirates plus Malindo Air and AirAsia to Kuala Lumpur, though someone wrote to tell me that Dragonair in Hong Kong sometimes has great deals. Malindo has a free baggage allowance of 30kg, gives water and a meal on the flight, and has good legroom for someone my size. Even the middle seat isn’t an inconvenience.
Over the years I have stayed in at least 20 or 30 different guest houses in Kathmandu, easy. I get bored or tired or if one little thing bothers me, I up and go, and Thamel, the tourist ghetto, is absolutely packed with guest houses. I stayed the longest at Namaste Nepal Hotel off Tridevi Marg, south of Fuji Hotel and Gaia Restaurant. I had a top floor room for 1000 rupees with breakfast. The bathroom was next door. Sometimes the shower had low pressure so the staff suggested I bring a bucket and ladle and have an “Indian shower” they called it. They convulsed with laughter whenever the Indian shower was mentioned. I asked if maybe in India they call the same thing a Nepali shower, but they thought that was a ridiculous suggestion.
You can easily find a taxi from the airport to Thamel or vice versa for 300 rupees. Just walk away from the scrum of touts as you exit the airport, keep walking at a 45 degree angle towards the exit for cars, and once you lose the last guy following you, someone will take you for 300. Since that is the case, maybe you can get 200 rupees from the street outside the airport. There are buses, too, on the street, but they are always packed to bursting so I never try it.
Actually, the best tip I can give is to avoid Thamel or at least try and find a quiet place. It’s horrible to walk around since it is so congested, noisy, and hazardous. That said, I always say I will avoid it, but I never do.
The earthquake: if you want to donate money or supplies to a person on the ground in Nepal rather than to an organization, I have a contact that I trust. This is her GoFundMe link. 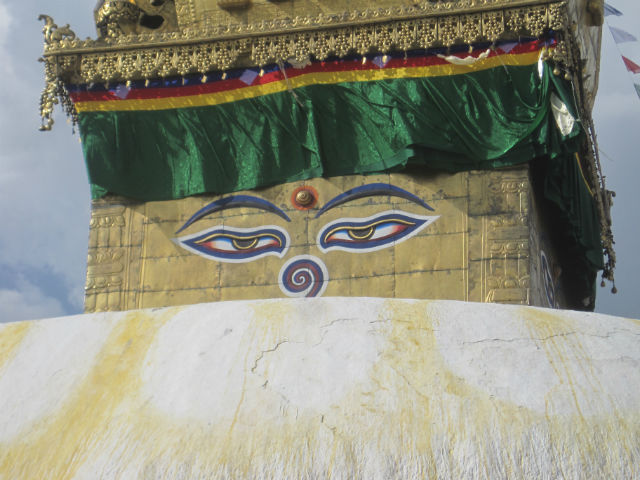 Monkey Temple closeup. Funny how a blog post about Kathmandu has this as the only photo of Kathmandu. That’s Dromomaniac style. It might also be an undiagnosed medical condition.