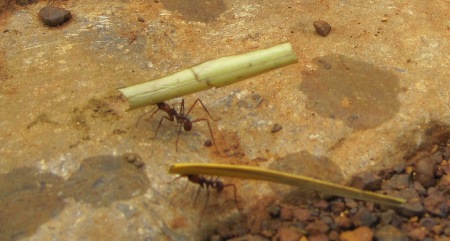 Powerful ants on the royal road 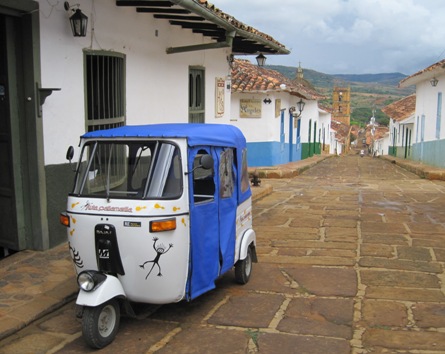 For Barichara, this passes for a busy street

I always like to tell Spanish speakers about crazy street and town names in California.   My college town had Sabado Tarde (Saturday Afternoon) and Del Playa (Of the Beach, but it should be De La Playa) streets and everyone always gets a kick out of the Central California farm town of Manteca (Lard).
“Hey, where ya from?”
“Lard.”
“Oh.”

Today I took a bus to the hamlet of Guane and hiked back up the old El Camino Real (The Royal Road) to Barichara.   It is a wide path flanked on both sides with meter-high stone walls.   So much effort went into making those walls for such a long distance, and now it is used more by foreign tourists than Colombians.