To get you in the mood for all things great about Bangkok, you have to see this video of Palmy performing the classic, “Yark Rong Dunk Dunk”. It is one of the greatest, most innocent pop songs and videos ever. Trust me on this. Have I ever let you down? 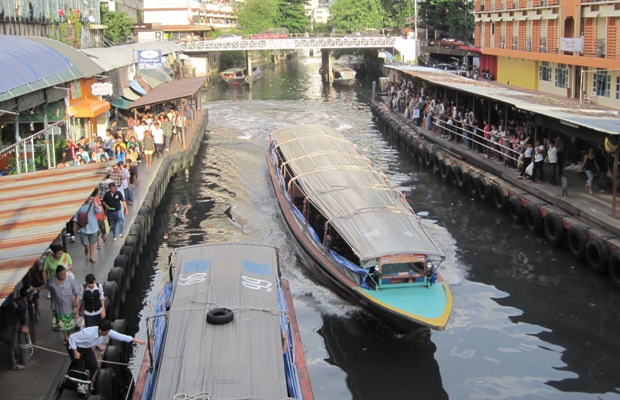 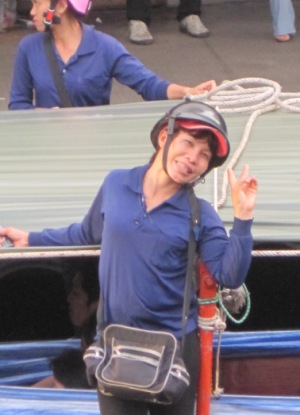 My idea of a good time in Bangkok is…
(…and these are never on anyone’s lists)
—Taking the San Saeb canal boats. These alone almost make life worth living. This ferry service is the best way to get from the Khao San Road area to the Siam Square area. The canal is quite narrow and the boats are pretty big, yet they fly through. The ticket takers perch themselves on the edge of the boats for the whole trip and the reason they have helmets is that one bridge is so low that they have to duck together with the boat that has a collapsible roof.
—Visiting the Anatomy Museum in the Siriraj hospital. It’s the most nausea-inducing museum ever–and who doesn’t want to be nauseous in the midday tropical heat? Don’t eat before you go and you won’t want to eat after. It’s a big place and I almost blew chunks when I saw a preserved one inch/three centimeter cross-section of a human body as seen from the side.
—Feeding fish at the Thewet pier. People sell bread to promulgate this. I was just in Italy so I fed them some ciabatta, but I thought I heard one fish complain, “What? No parmagiano cheese? You’re killing me!” 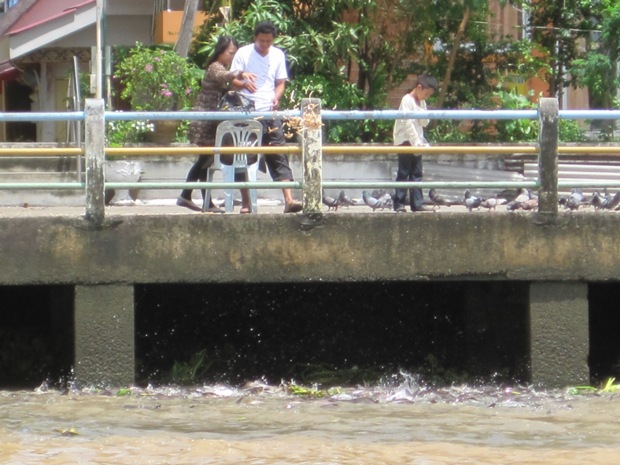 —Getting cool belt buckles such as the ones the transit workers use. Some schools also have belt buckles with interesting designs, but I never know how to ask where to get one. I see a kid and point at their belt buckle–which is pointing at their mid-section–and they think, “Ah, he’s THAT kind of tourist”.
—Drinking Green Spot, which is an orange drink. The name alone, like another drink, Kickapoo Joy Juice, make it worth trying.
—Getting giant Coke/Pepsi/soymilk stickers from the distributors on the street, but this is getting harder to do.
—Hearing massage requests from the street as “Hello, masSAAAAHHH!”. It’s the little things…
—Seeing the May-November couples. I know I shouldn’t stare, but it is interesting for me to see all the combinations of western men and Thai women. These aren’t all temporary arrangements, either. There were lots of such families on my plane.
— Visiting the foreigners in prison. I was at the Bang Kwang prison up in Nonthaburi years ago, but last I heard it isn’t so easy to visit nowadays and the killer for me is I have to wear long pants.

I plan on flying to Japan later this week. I had thought of going to Malaysia and Singapore and then flying to Japan, but the great disappointment of this is that I can’t work on my Singaporean English. My life’s dream is to speak fluent Singlish. If you have never heard it, watch this Singaporean movie, Chicken Rice War (with subtitles!)