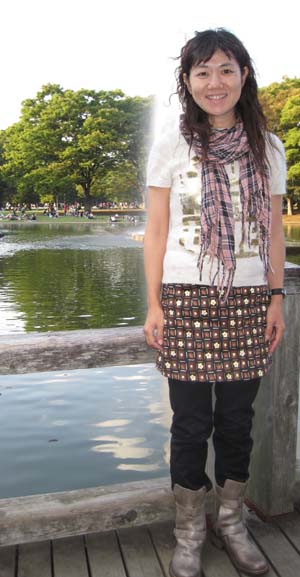 I know a pretty famous person of letters in Japan by the name of Mitsuyo Kakuta. She’s written over a dozen books, the last two translated into English, and the present one is being made into a big movie next year. She’s famous enough that when she got married to a 32 year old drummer in the rock band Going Underground, some media gave her grief for it since she is 43.
She boxes, runs marathons, drinks excessively and does all those contradictory things that make her Japanese. I met her in Sri Lanka about 10 years ago and was the one to inform her that there has been a civil war going on for many years and she couldn’t go anywhere she liked in the country. Considering that she is often sent abroad by magazines and newspapers to write pieces, it was a big surprise she didn’t know.
She lives not far from Yoyogi Park, but had never been there–or maybe had never been there on a weekend because it is too far-fetched to think otherwise(?) I was disappointed by how much it had changed–or maybe I caught it on the wrong day.
For a long time the best thing to do in this world was to be in Yoyogi Park on a sunny weekend because everything great was happening. There would be a flea market, a basketball court amenable to pick-up games, the park itself has tons of people enjoying the space (I would be, too, if I lived in a tiny apartment all week) drumming, playing hacky-sack, dancing, being more active than just laying around.
But that’s the mundane stuff. There would be literally dozens of bands on the same walking street leading towards Shibuya playing every kind of music: big ska bands in complete uniforms, metal, pop, plus comic duos and unclassifiable crazy performance art. The music alone would be worth a weekly pilgrimage. It was fantastic. A bunch of rockabilly guys in big slicked hair would gather in a circle and dance to a boombox.
The cherry on the top of this surreal scene was the Harajuku bridge nearby. The freaks (I mean it in a kind way) were out in full force dressed in ways not seen anywhere else in the world that I know of, and I get around. I can’t describe it, but check out my photos here from past trips. They make the people below look Amish by comparison. 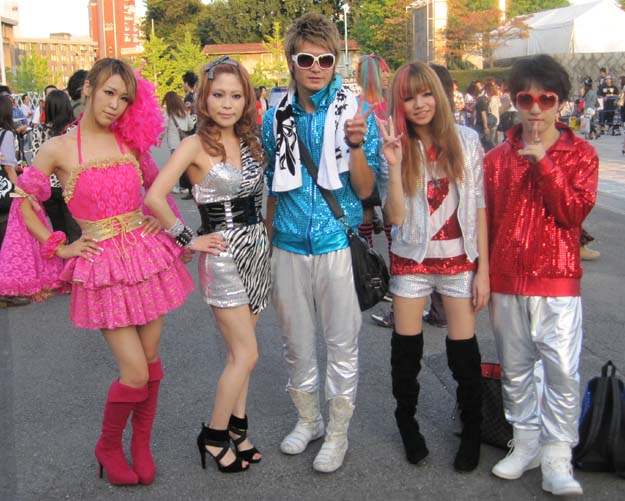 These people were waiting for an Ayumi Hamasaki concert across the street from Yoyogi. She is something akin to the young Madonna of Japan in popularity with passionate fans who know how to dress up for her shows. The people in this photo were the rule, not the exception. I was the one who looked like a total outcast in t-shirt and shorts. 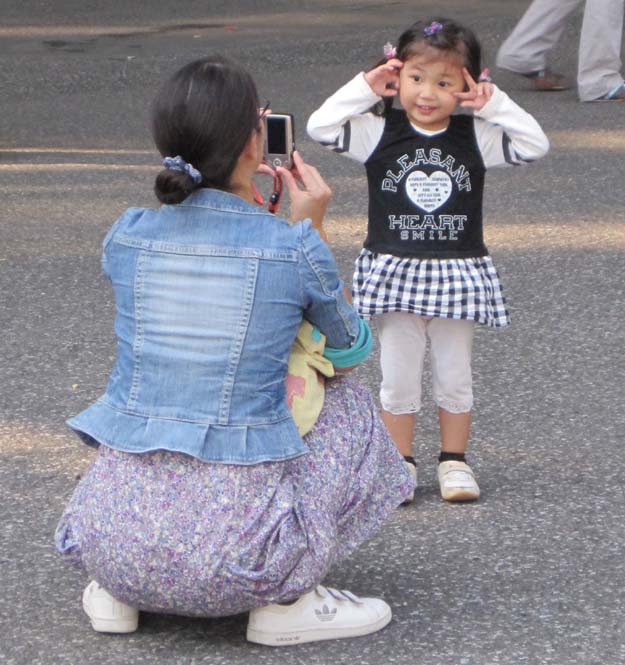