I can’t sleep in the best of times, plus now I have jet lag. Everyone assumes that since I am home I can sleep better, but I can’t sleep well anywhere. Last time I came home with jet lag, for more than a week I slept from 12-4am and 12-4pm, and fitfully at that. I like that no two friends have the same remedy for this. Someone recommended valerian root. I took 350mg and the only result was that it made me drowsy all the next day with my eyes barely half open. I lumbered around like an early stage cro-magnon man. 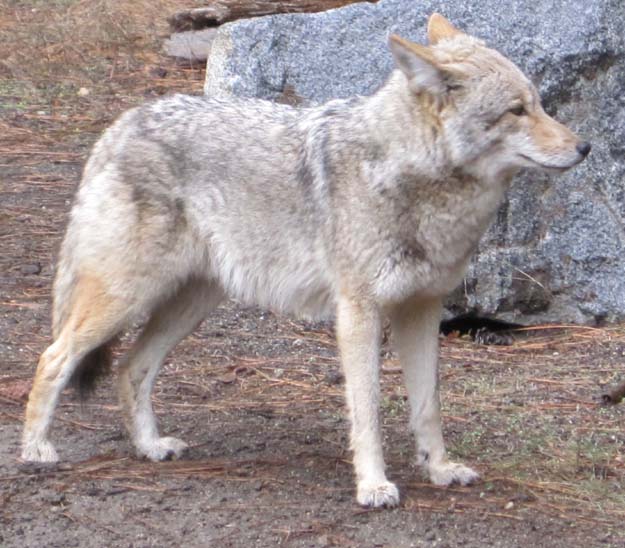 What animal is this? This photo is from Yosemite National Park just before I left on this trip. This trip? It was USA-Colombia-USA-Europe-Bangkok-Japan-USA, six and a half months. No new countries! Shameful.
Is anyone interested in the technical aspects of the trip? Stuff such as a 4GB memory card for my camera was just the right size for the entire trip? That a few ziploc baggies are invaluable to keep documents dry? That I changed my underwear exactly 12 times? No? OK, I will move on…
I wish I had bothered to install Google Analytics earlier on my website. The amount of information about the traffic I get is amazing. In fact, it is a little too much info. It seems like an intrusion of privacy to give out the detailed information about where my visitors comes from–Google breaks it down to the smallest of towns–and I can see which of my friends has really seen my website.
I will say that of the top ten cities where I get the most traffic, three are Winnipeg (Canada), Leeds (UK), and Astana (Kazakhstan). Huh? I can’t think of anyone I know in those places and thus I feel like Richard Dreyfuss in American Graffiti trying to figure out who my secret admirers are. Unfortunately, in my case, it is probably all dudes with beards–not that there’s anything wrong with that.
I am proud that I have visitors from 61 countries and that the average time spent on my site is 6 minutes. Six minutes seems impressive, a lot in this age of attention deficit disorder. Of course, it can also mean that people are instantly falling asleep to my site on their keyboards and waking up hours later, skewing the average.
Some other facts about my visitors gleaned from Google Analytics:
Browser:
1. Firefox 33.48%
2. Safari 30.15%
3. Internet Explorer 22.91%
4. Chrome 10.39%
5. Mozilla Compatible Agent 1.79%
6. Opera 1.19%
My site looks awful in Safari and I’m afraid to see how it looks in Chrome.