No introduction, let’s get down to it. Food.
I thought the Hungarians thought of everything to do with cherries, but by itself the kebab karaz (cherry kebab, $4.00) in Aleppo might be worth making the trip to Syria. Fantastic rich taste. This was my first sit-down meal in two weeks of traveling here. I’m just like that. 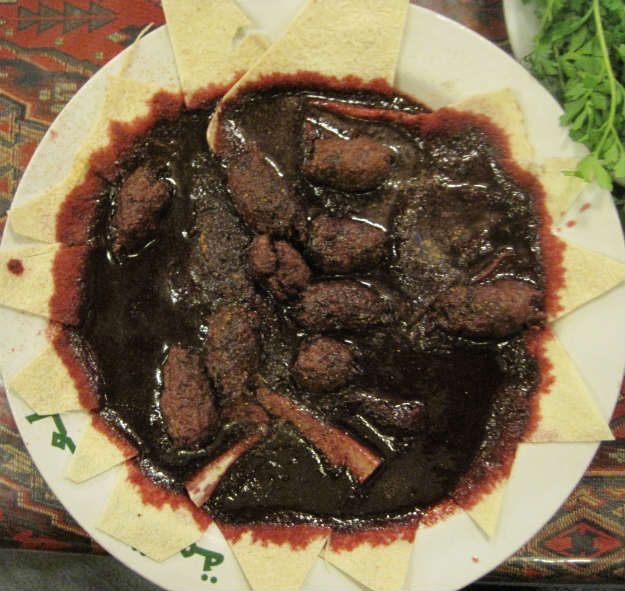 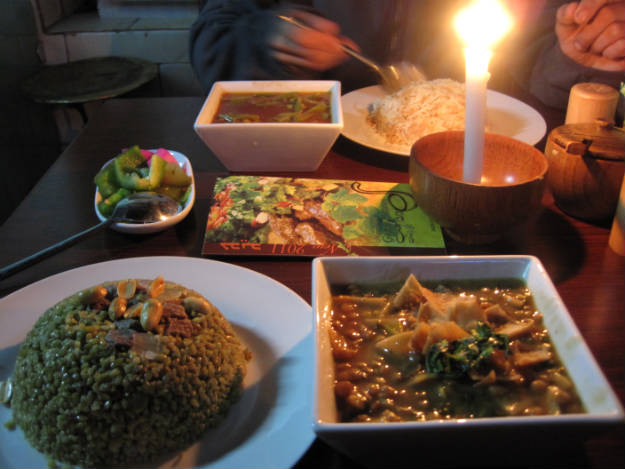 Last month the New York Times travel section did a story on how happening Damascus is and they profiled the Grape Leaves Cafe in the old city. I ate there twice. It’s a shoebox-sized place with five tiny tables. The power went off, which made for this great photo of these two fantastic dishes: frikeh (bulgur wheat with meat and nuts–$3.00) and harraq b’ushu’o (lentils with pasta, lemon and olive oil served with coriander, garlic and pita croutons–$1.10)
The second time I went I threw up half an hour later, but I don’t necessarily blame that on its food.
I passed by a third time. I met the owner and did a deep Japanese bow in a show of respect and he said I had it backward and he (less deeply) bowed to me as an honorable customer. 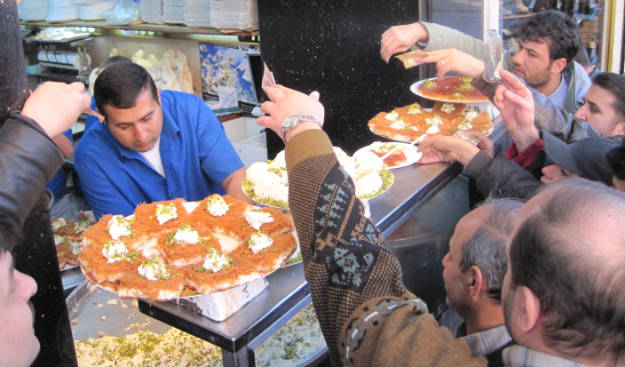 I like this photo since it shows Syrians’ impatience with queueing (it’s spelled correctly—the only word with five straight vowels?) and for the delectable kanafeh, the shredded-wheat looking pastry on top of the warm soft cheese and syrupy stuff. Not a diet food. 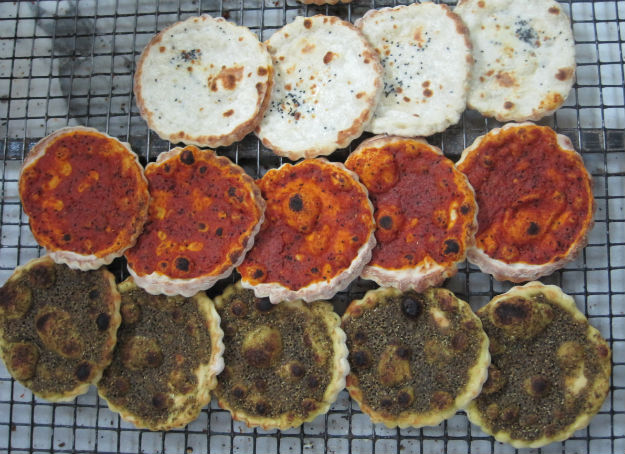 Another culinary find is za’atar, an herb mixture high in antioxidants, it has been claimed. It’s big on pizzas (the row along the bottom; does za’atar in pizza form negate all of its benefits?) and as a filling for pastries. I love it. ($0.20) 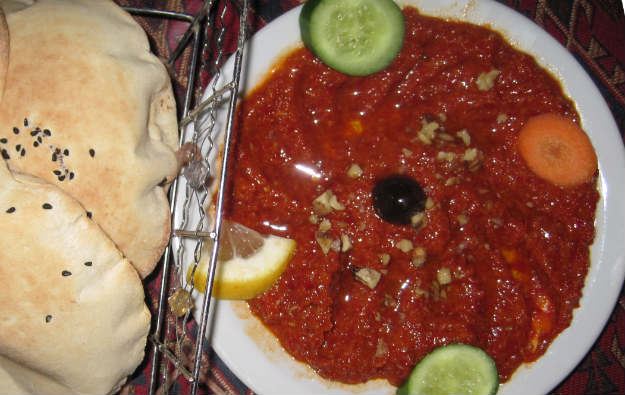 Mouhamara, a roasted red pepper dip that might have walnut and pomegranate mixed in. $1.10.

A sideways picture of a camel carcass outside a butchers in Palymra. I don’t see the meat much (but would I recognize it?) Apparently it is quite a delicacy. 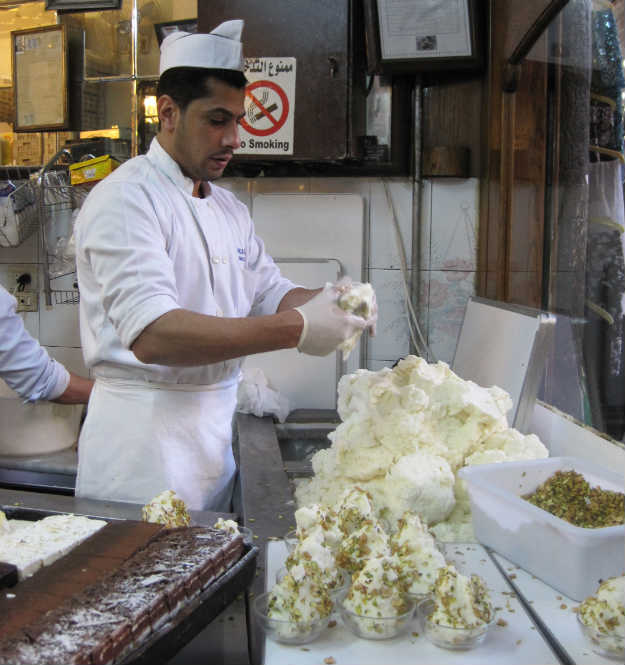 This is from Bakdash, a legendary ice cream shop in the old city. They use a kind of semolina filler to give it legs, but much less elasticity (finally I can utilize my economics degree!) than the dondurma in Turkey. With pistachios, $1.10. 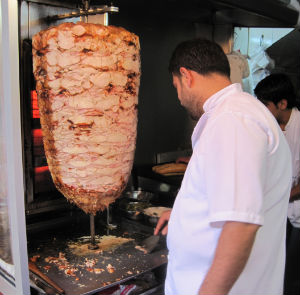 This big fatty is approaching the Holy Grail of giant shawarmas that I saw in Amman, Jordan and wrote about last month.
Something has always nagged me about shawarma. Can someone explain how the meat on the inside doesn’t spoil, especially on a big fatty like this? And on a hot summer’s day? It’s too thick. I don’t get it. I wish I knew more about the science of shawarma.
It’s a man very confident in himself to wear a white uniform at a job like this. I salute you.