Sometimes I think I need to take a step back from this blog since some people might be thinking, “Wait, you are in the Middle East? Isn’t it dangerous? Isn’t Syria the enemy or something? The axis, fulcrum and epicenter of evil?”

If the US sees Syria as an obstreperous government, that’s purely on a government-to-government level which has zero to do with traveling around. It really doesn’t. I’ve been in Syria two weeks now and not one person has had a bad word to say about America or me being there. None. A couple of people acknowledge that our governments don’t get along, but it’s said in a tone of regret, not hostility. One taxi driver did react funnily when I said I was American. He slapped his head with his palm in mock anguish, but he was smiling as he did so.
In Aleppo I went to an old man in a barber shop to have an open-blade shave and I had concocted a story in my mind that I was from Norway (a good fallback—who doesn’t love Norway other than Swedes and some Sri Lankans?) because as much as I like that style of shaving, the open blade on my adam’s apple does take me some time to relax. And what if he was a retired Hezbollah who, upon hearing my country, would have flashbacks, scream “Jihad!” and reflexively slash my throat?
Of course, he couldn’t care less where I came from and didn’t even ask. Sometimes I have an overactive imagination. That story aside(a-hem!), I like to think that anyone can separate the person from the government. It is why I have no apprehesion about going to Iran—if I could ever get in.

In fact, not only have I had no problems in Syria, the people have been uniformly fantastic and it’s one of the main reasons to visit. What’s not to like about traveling in Syria? It’s exciting. It’s low-hassle, easy to get around, and lots of people speak some English or try hard to help despite a language barrier. It’s inexpensive. The food is good. (Expect a blog post about that soon. For now I have two words for you: cherry kebab.) Syria is my favorite Middle Eastern country.
Know what my most lasting memory of Syria is so far? It was in Aleppo at a large Monoprix supermarket (which is the most foreign thing I have seen in Syria as it’s a huge gleaming, empty, quiet, two-level French-style supermarket in the middle of the hectic city). They have a bright and shiny escalator and the greatest thing was the look on a young woman’s face as she watched her man go up and down it. I guess he had never experienced such a machine and she stood and stared wide-eyed, shaking her head and softly laughing as she couldn’t believe his child-like fascination with riding it. I may not be describing it well, but it was a beautiful thing to watch. 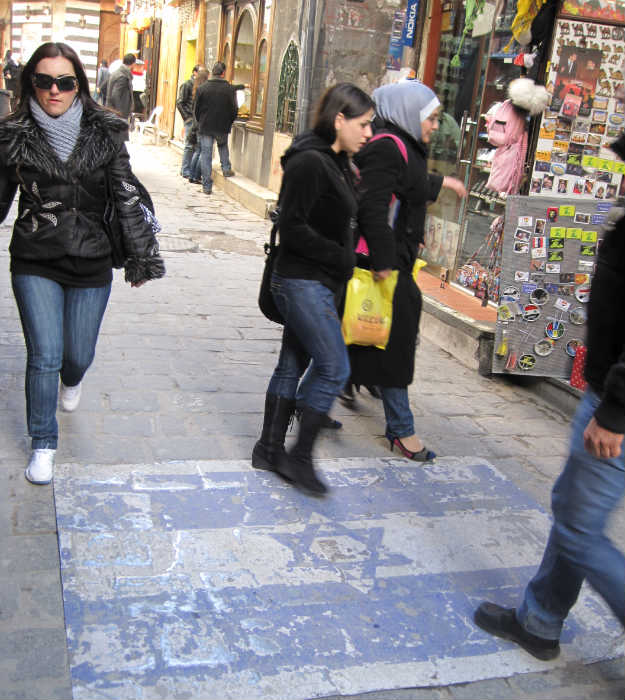 In the old city someone put down a metal sheet with the Israeli flag on it so everyone has to step on it to pass. 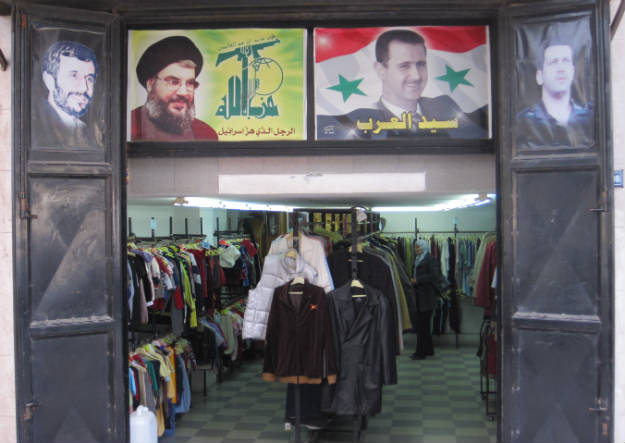 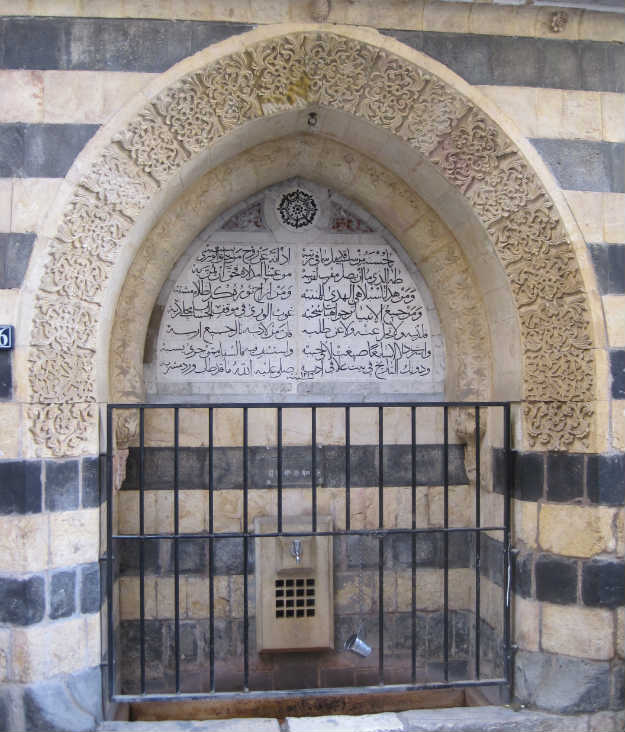 I may be biased since I'm here, but I say Syrian water fountains are more appealing to the eye than western ones.

I’m still learning a bit of Arabic every day. I like discovering I know more words than I thought. Ayran and findik are Turkish words for a yogurt drink and peanuts, respectively, “mumkin” is like Malay’s “mungkin”, which means “possible” and I learned that “Russian” means “prostitute”.