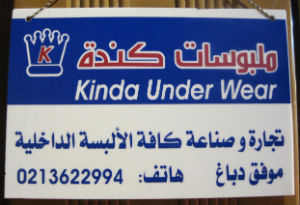 What? Kinda isn't good enough for you, bourgeois elitist!

Stayed at an awful place my first night in Aleppo. The sheets were merely 900 thread count! The horror! No, for reasons too boring to mention, I had to change hotels and here at the new place I somehow fixed their wifi problem by changing the WAN settings—I can’t even describe what I did, which makes it more miraculous.
I think they let me have a go at the computer because I am wearing a Microsoft jacket and I said I was from Silicon Valley. (It reminded me of when I tried to play basketball in Norway, I told the Norwegian national union that I played basketball at UC-Santa Barbara, not for UC-Santa Barbara, and to my benefit the prepositions became lost in translation.)
But I fixed the wireless! In a benevolent mood, I dashed outside and helped a guy push his taxi to jump-start it. I gave directions to tourists. I was hoping to find someone in need of open-heart surgery, but no luck. 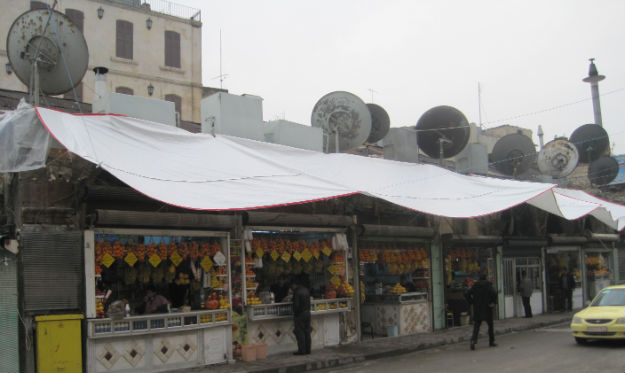 Isn’t it funny that every fruit juice vender needs satellite TV to get through the day? The dishes are ubiquitous in Syria. I’m surprised they’re not banned as everyone’s eyes are glued to the events of Egypt and Tunisia before that. Facebook and YouTube, among others, are also banned, but it’s possible to get around. Many people use proxy servers which makes it look like they are logging in from somewhere else. When I first went on Couchsurfing to look at Syrian members, I saw that lots of them had last logged on from Kansas. “How cool,” I first thought, “There must be some exchange program in Kansas.”
But the TV is always there and everyone sees the images and knows what’s happening. Could the unrest spread to Syria? Already thousands of people are demonstrating in Jordan, but I haven’t heard a peep here—until today. (It’s completely irrelevant how many people “like” the Facebook demonstration page. Every frustrated Arab or Arab-American kid in his basement in Michigan has “liked” that page; it has nothing to do with how Syrians here perceive it.)
I feel a little funny mentioning things like this. Is the government watching me? Will The Dromomaniac get banned? I heard a funny Syrian political joke today that I will wait to tell on my last day here. I might be overly cautious or paranoid, but I’m still feeling my way and don’t want to be reckless. Almost no one talks politics with me and I never ask as I don’t want to get anyone in trouble.

A travel tip: if I want information about the place I am going, I go to Google News and search “Damascus” or “Syria” for local info, because otherwise, how are you going to know anything about Syria or what’s going on? If you just search on Google.com, you get historical info and some practical stuff, but the News section is where you are going to find the pulse of the country.
Aren’t these three next photos fantastic? Aleppo’s souq (market) has so many moody, atmospheric alleys and streets. 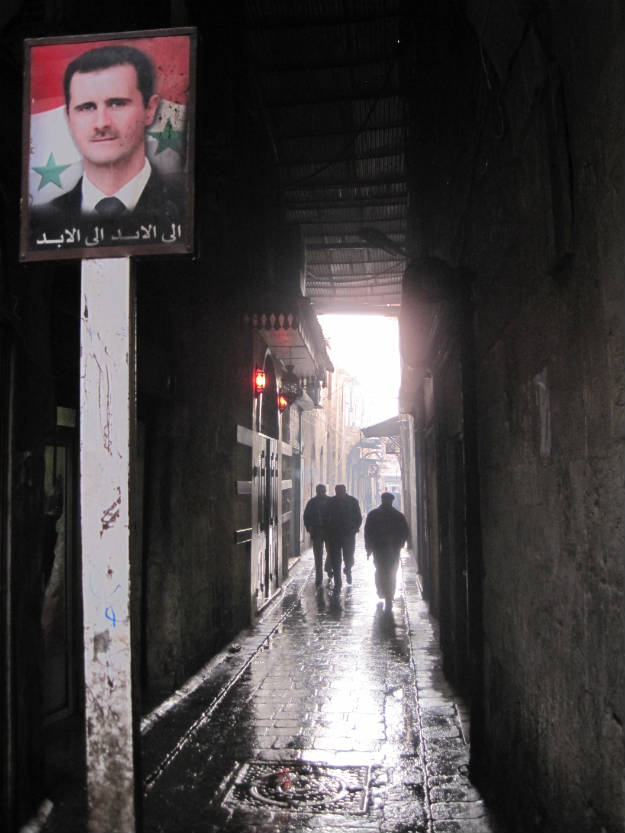 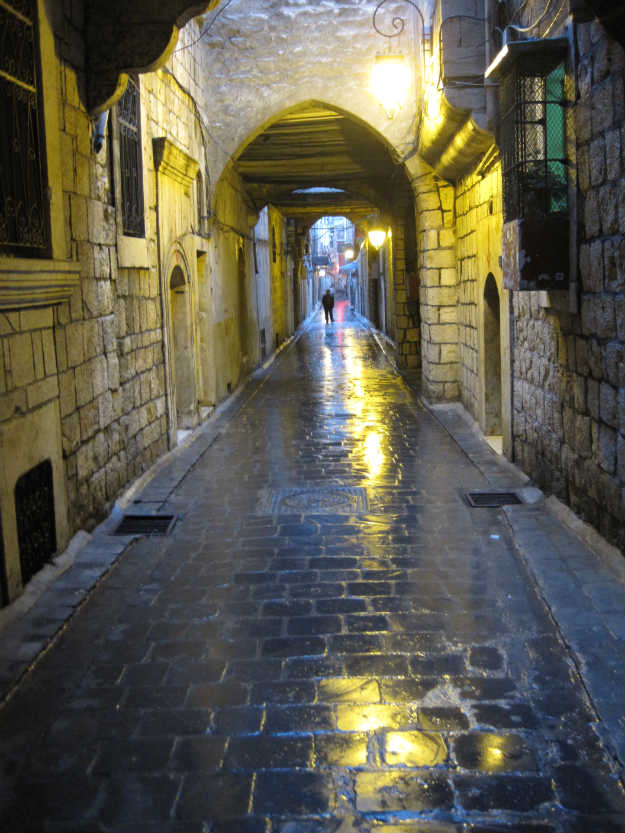 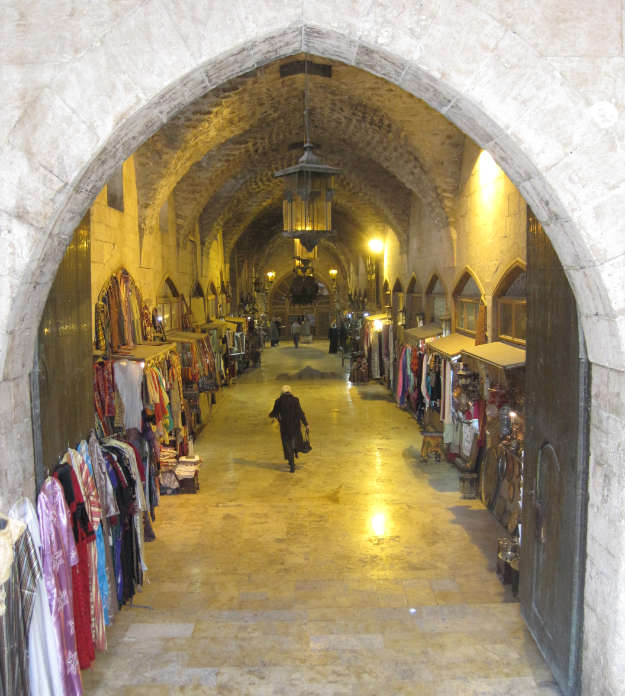 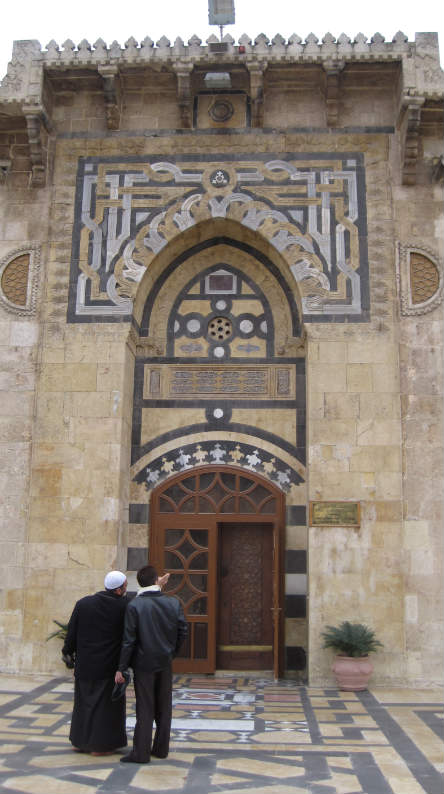