I had only to walk 100 meters away from the bus station in downtown Mombasa to feel the excitement of being here. It was warm and humid but with a nice evening breeze against my face, cooling me down from the all-day hotbox of a bus. It was heartening to see lots of people eating dinner outside at food stalls. Street food!
There’s an interesting mix of people here: Indians, Arabs, Africans, plus there are old colonial British elements, it’s Muslim, decaying, tropical—my initial feeling is that it’s very Malaysian, reminiscent of all the things I like about Penang.
I met Philip, my Couchsurfing host, and he took me to a restaurant to meet his other guests, an American couple who are relocating here from Rwanda. On the walk back to his place in the darkness I kicked the stub of a metal pole, thrashing my toe good. I could feel the blood seeping all over my sandal in seconds. Naturally, my first thought was a photo.

At Philip’s I reenacted the scene in Psycho where the blood flows down the shower drain.

The offending pipes, the guilty party, the culprit, and do I see a blood stain on said pipe? 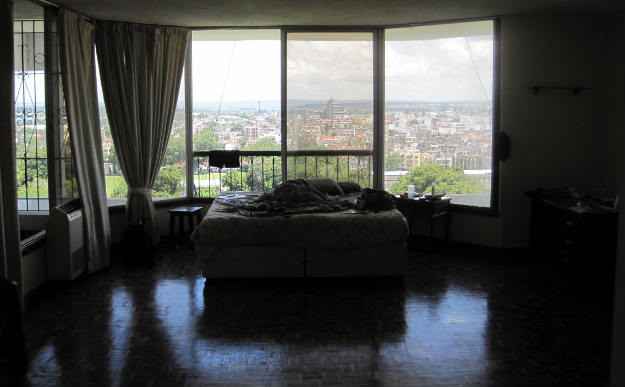 Talk about going from outhouse to penthouse, though I don't sleep in this room. I'm almost on the top floor of almost the tallest building in town with great views. I relish this after the wretched conditions of the New Kenya Lodge, a pervert's paradise with holes in every door. A hovel of a single room there was only 600 shillings ($7.50), but at what cost to my mental health? 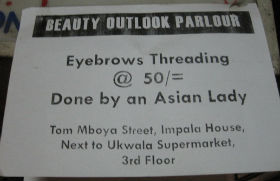 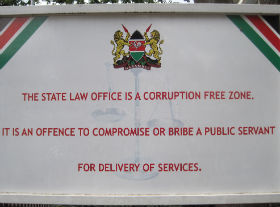 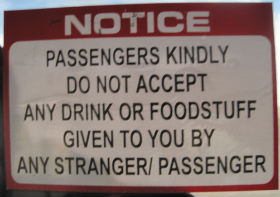 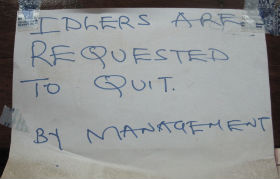 The top two signs are from Nairobi. The bribery one, they have the whole concept backwards: if you want anything done, you have to know how much of a bribe you need to pay. Right after I took the photo an unhappy security guard waved me over to him. I was hoping I was committing a horrible transgression that could be “resolved with cash pay”, like what happened to my Israeli friend, but he had me show the photo to him and wanted to know why I was taking it. I said, “Because this is Kenya. It’s funny,” and then left with the last word.
I’m such a badass.