I love the Indian system of counting in crores and lakhs. One crore is 10 million and one lakh is 100,000. Do mothers scold their kids, “I’ve told you crores of times, eat your peas or no dessert!” I was told cricket legend Sachin Tendulkar gets 300 crore rupees to use a certain bat, but while I was trying to figure out how many dollars that was, I aggravated an old high school math team injury and had to lay down. 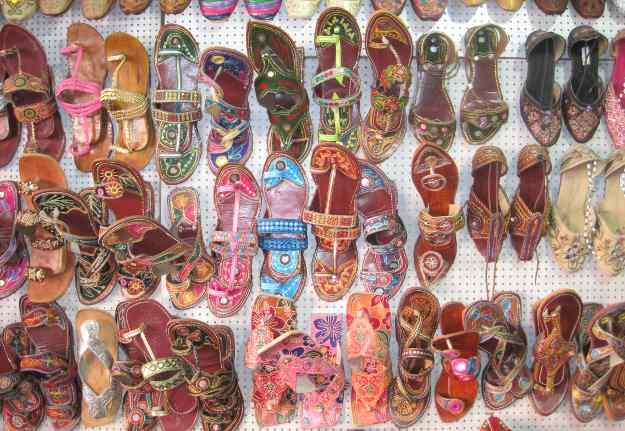 Women flock to the Hotel Pearl Palace in Jaipur. Every female traveler in Jaipur must be here. It’s low season, but the hotel is full every day. Women come because it’s a very feminine place: lot of ferns in the rooftop restaurant, cozy, that kind of thing. They even settle for being in the 175 rupee ($4) dorm with a guy like me. It also helps that Jaipur is known as The Pink City because of the color of its old town buildings. If you called yourself The Dark Gray City, less women would come.
Two reasons I’m here are because I need to find people to change money with and it’s quiet. In India you can’t change rupees into dollars until you are at the airport and flying out. I fly out in a few days at 4am from Jaipur on the city’s only international flight. If you think I am going to take my chances on being able to change rupees then, you are crazier than the people who put salt on their watermelon.
Also, you usually have to show receipts that you changed money legally, which I didn’t, so I have to go around and hustle all the travelers and ask if they will change any hard currency for my rupees. I’ve been offered New Zealand dollars and Thai baht, which I might take in a pinch.
India is LOUD. I scan hotel listings in guidebooks or on wikitravel.org just for the word “quiet” and go with that. 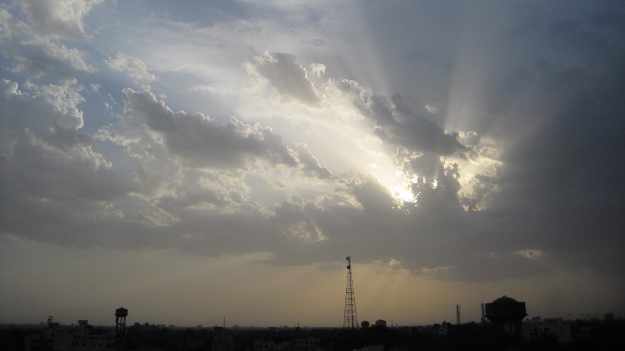 View from the roof of the Hotel Pearl Palace 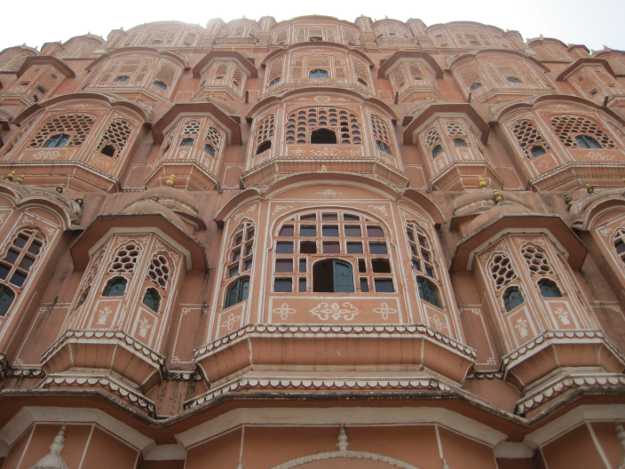 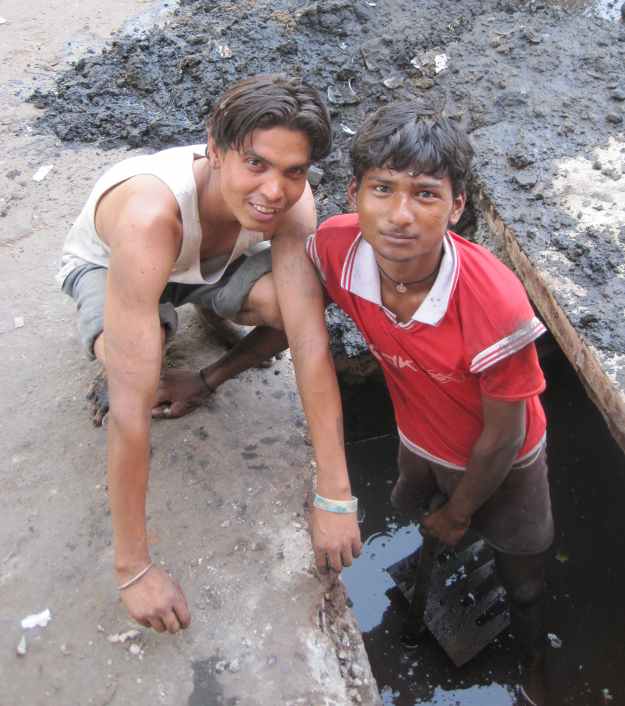 Two guys cleaning the sewers. They offered me their shovel to try it out, but I read Tom Sawyer.