I flew with Jet Airways, an Indian airline, from New York to Geneva via Brussels. It wasn’t a cheap ticket, $432 one way, but I made sure to get frequent flier miles as I read that they might join the Star Alliance soon. I can’t believe they sold me a ticket that had only a 55 minute layover; it required a hustle to make my connection. I forgot to make a fake onward ticket, but I went on the offensive at check-in with a barrage of questions about the layover and I was never asked.
Judging from my experience with Indian bureaucracy in general and Jet Airways on the phone in particular, I braced myself for the worst, but actually it was a nice airline. I have very low standards, so if you can give me a little legroom and a bell or whistle like the personalized entertainment thing on the back of the seat, I am pleased.
But what a ridiculous name, Jet Airways. What’s next? Airplane Airlines?

Geneva is rare in that you can have a window seat on either side and you will have a great view of either the lake or the mountains. 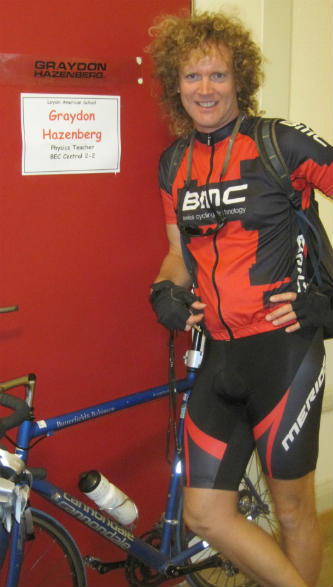 I am visiting my friend, Graydon, cyclist extraordinaire. He just spent a summer pedaling from Georgia to Estonia—so cliche, isn’t it?—and is now back in Leysin in the mountains overlooking Lake Leman and Montreux. He has a blog about his many epic cycling trips. I will always say I am a fraud of a traveler compared to Graydon, and now he has been to more countries than I have, the bastard. I think he is at 105 now.
Graydon teaches physics at an international school. Initially, contract negotiations with the school were tense as Graydon demanded two nametags on his door. See? Once you pass 100 countries, you become full of yourself! 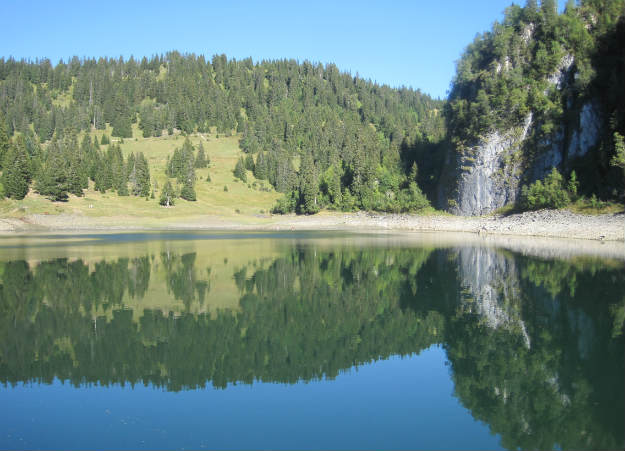