The latest fake e-ticket I made was a doozy: a one-way reservation to go from Guwahati in the northeastern Indian state of Assam to Bangkok on Druk Air, Bhutan’s national airline AND issued from a Hungarian travel agency. I’m telling you, it is smart to use these when applying for visas, checking in for flights or for immigration formalities. I had to show it, too, upon checking in at Milan’s Malpensa (Bad Thought) airport. 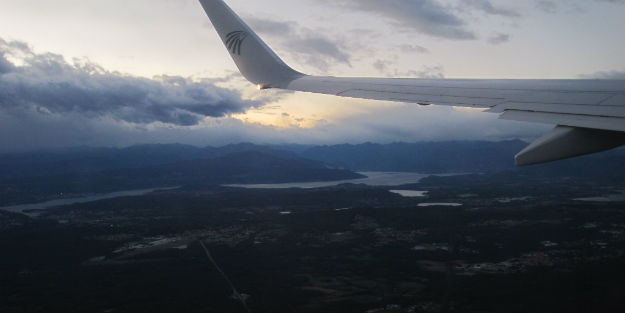 The airline agent just wants to see a printout of anything with a reservation and date on it (I made it for 3 weeks away, a safe period.) I’ve never had them try and look up the reservation in the computer. If I didn’t have the ticket, I might have been able to sweet-talk the agent since I am a westerner, have been to India many times before, could show lots of cash, impress her with the 22 Facebook likes of my recent blog post to show I’m kind of a big deal, etc, but she could have taken a hard line and made things difficult. The worst case scenario is I would have been forced to buy an expensive, refundable onward ticket. It may ultimately be a 100% refundable ticket, but it wouldn’t have been fun to deal with. I go into more details about the glory of fake e-tickets here on my website.
I’m normally very bad with telling lies and I’m not one for always circumventing the rules—it’s not my modus operandi, really—but this absurd reservation printout I can show with a straight face. I have zero problem with it since I’m not violating the spirit of the law. Besides, I am too busy with my kidney harvesting business to get so involved with fake e-tickets.
I had a short stopover in Cairo where I saw that no less than 11 other flights had my same exact departure time. These weren’t codeshare mumbo-jumbo, but 11 flights from 11 gates at 11:15pm. 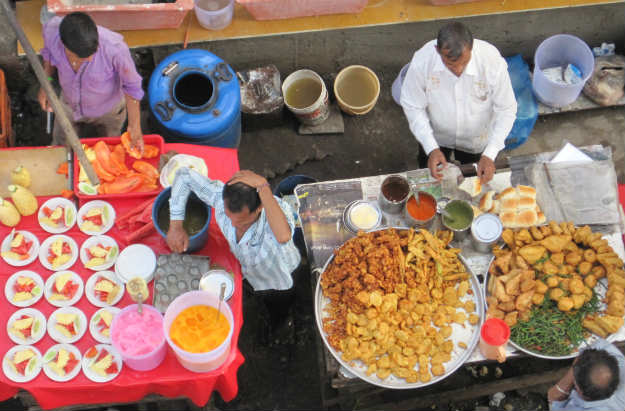 I’m in India, using up the last of my multiple entry visas. I just bought an $85, one-way ticket on SpiceJet(!) to fly from New Delhi to Kathmandu, Nepal, 10 days from now.
Has anyone tried USA’s green card lottery? The application period just opened last week. Details are here. It is by far the easiest way to get permission to work anywhere in USA but you can’t be from the 10 or 15 countries that we already have too many people from. It’s free to apply. This is for 2013, which gives my country plenty of time to have more jobs available for you. I know people who have won it, so don’t be put off thinking that the odds are long. You have nothing to lose. This is your chance to build mosques in Texas or coiff poodles in Alaska or teach deep sea diving in Nebraska.
There are other pros and cons if anyone is interested in discussing this. I know for many people, working/traveling/having anything to do with USA is a non-starter, but don’t dismiss it outright. Maybe it is even valid in Puerto Rico. You can get regular work visas for USA, but they usually bind you to one job. This gives you the freedom to do anything and change jobs at will. 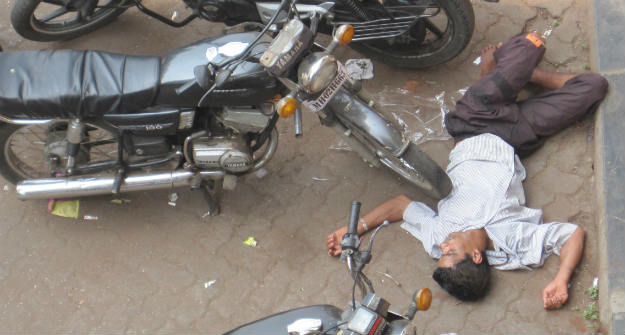 I imagine that Indians hate this kind of photo because it reinforces all its negative stereotypes.

Lastly, apropos of nothing, remember the family of five I visited in Paris that I mentioned two blog posts ago? The couple, they first met at a party, just once, before the woman left to go traveling for a month. When she returned, they dated for a month, and then the man proposed. Eight years and three kids later, they are still going strong. As they tell me every time I remark on it, sometimes you just know. So all you romance cynics and pessimists out there, don’t lose hope!