Who doesn’t love the Olympics? What’s not to love? I can’t get enough of it. All travelers should have a special relationship with sport competitions among countries. How can you visit Ethiopia and not be curious about the marathon? How can you visit Jamaica and be indifferent to the sprints? How can anyone visit Japan and not be intrigued by the hot dog speed eating? (Huh? It’s not an Olympics event? How can that be?! Are you not familiar with the athleticism of Takeru Kobayashi?)

I went to the Los Angeles Olympics. I saw the men’s handball final, the men’s soccer final (with 101,798 others to see Brazil vs. France!), field hockey and women’s volleyball

A two-paragraph rant
It kills me that I can rarely watch the olympics live. NBC, the American TV station with exclusive broadcasting rights, has unconscionably chosen to show everything tape delay many hours after the event has happened, pretending it is 1988 and no one has access to information. It is theoretically possible to watch online, but I’ve only seen a few events where it wasn’t buffering at crucial moments. Of course, the commercials never buffer. Frustrating with a capital F. NBC has a nightly four-hour show in the evening with no set schedule, forcing me to sit through the nonstop Michael Phelps lovefest. (A great swimmer, but there are too many swimming events. I keep waiting for the 320 meter butterfly and the 65 meter backstroke. Nice to hear that since he’s retiring, he says he want to travel.) It’s perfect for my mother, hell for me.
I thought I was being thrown a bone yesterday afternoon when the NBC studio host started to profile Oksana Chusovitina, a 37 year old German gymnast who is representing her third country. OK, great, this is a nice surprise. Maybe I have been too hard on NBC. Then the host says in a pitying tone that she doesn’t speak English, which is mentioned as an explanation as to why they won’t talk to her in the segment. It’s an interesting story, but they only interview an English-speaking teammate. What the hell?! You can’t use subtitles or dubbing? NBC can’t do anything right.
OK, let’s get on with the highlights this week and let me patronizingly say to not be closed-minded about sports you might only think you know, such as table tennis and badminton. However, I invite you to be closed-minded about synchronized swimming, which is only a great party trick.

Men’s Weightlifting, clean and jerk, 105+ kg weight class (Tuesday)
My favorite. The snatch (lifting the weight off the ground and over your head in one continuous motion) doesn’t have the drama of the clean and jerk (lifting the weight to your shoulders and then lifting it over your head). I love the rituals of the whole process. In preparation for the lift, just off the stage there is the unintentional comedy of the trainers and coaches glomming on to the lifter with their hands all over him, massaging and toweling off, giving encouragement, followed by the slow walk up the stairs of the lifter to center stage. If it’s near the end of a close competition, there is rising noise from the crowd in anticipation of something great, then it quickly drops to a respectful silence as the lifter crouches down, and then a rush of a unique combination of sounds when the enormous barbell is up on the shoulders. Another hushed silence again portends something potentially spectacular as the lifter tries to remain composed while carrying the weight of a couple of refrigerators on his shoulders and finally the full-on freak out if he is successful.
This is video from the 2004 Olympics of the final lifts of the great Iranian gold medalist Hossein Rezazadeh and his subsequent world record attempt. It doesn’t capture the drama so well of the showman, but it at least I found commentary in British English, which always has a gravitas and authority that make everything seem more important.
Water polo final (women on Thursday, men on Sunday)
Water polo is a brutal sport. Even without the grabbing, pulling and dunking I couldn’t last more than two minutes in the pool. A message to the men: if you don’t mind the big shoulders–and you shouldn’t–you can’t go wrong marrying a Scandinavian female water polo player.
Handball final (women on Saturday, men on Sunday)
Are you aware that the Icelandic men are undefeated and leading their qualifying group? Can you imagine if they win gold, something no one from Iceland has ever done in any sport? I just want to hear the announcers scream, “They’ll be dancing in the streets of Reykjavik!”
Men’s Volleyball final (Sunday)
Another of these sports that you only think you know if you haven’t seen it in a while. This isn’t reminiscent of elementary school tetherball. This has serves of over 65mph (100kmh), agile 7’2″ (218cm) blockers, and amazing displays of quick reflexes and high jumping. Rules have been tweaked to make the game progress at a healthy clip.
All running events (most days)
Did you know long distance running was a contact sport? Check out how much they jostle and elbow each other while keeping an incredibly quick pace. Unfortunately, I have to stay away from all news sources during the day so I can watch it “fresh” on NBC at night. I had to wait 10 hours after the actual race to see Usain Bolt win the 100 meters! After Shelly-Ann Fraser-Pryce won the women’s 100 meter dash, retaining her crown of fastest woman in the world, NBC chose to interview the second place finisher, who just happened to be American. Unbelievable. I also felt gypped because I love hearing Jamaican English. #deathtoNBC! 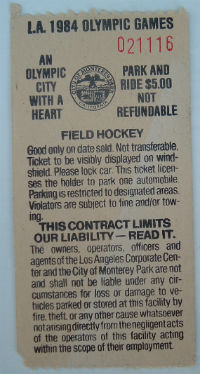 If you don’t have Olympics overload, the soccer has been entertaining. I am hoping Japan beats Mexico in the first semi-final. In the other semi is a gang of plucky South Koreans who defeated yet another overrated, technically deficient British team, and will play Brazil Tuesday.
I’m going to watch men’s basketball, but I’m not on the bandwagon. USA has great players, but few talking heads on TV can wrap their head around the idea that great talent doesn’t necessarily translate to a great team. Our advantage is to score a lot and hope we don’t need to play defense. There were headlines when we scored 156 against Nigeria, but the headline should have been that we allowed Nigeria to score 73 points.
I’d like to see basketball copy soccer by making Olympic basketball an under-23 competition except for three older players and establish a basketball world cup every four years. It wouldn’t be a slam dunk that USA would win every time. When the World Baseball Classic was established, it was thought that Americans would dominate, but we have yet to make it to the finals.

Three questions:
1) Shouldn’t 200 meters in any Olympic event be eliminated?
2) How can field hockey players not grow up to be hunchbacked?
3) If swimmers wear two caps when they swim for aerodynamics, why don’t female sprinters wear anything? If they aren’t allowed to, why not at least have shorter hair? When races are decided by hundredths of a second, surely that huge hair creates drag.

Do you have a favorite event coming up this week? Do you wish there was marathon synchronized swimming? Or, could you not care less about the Olympics? Have your say!