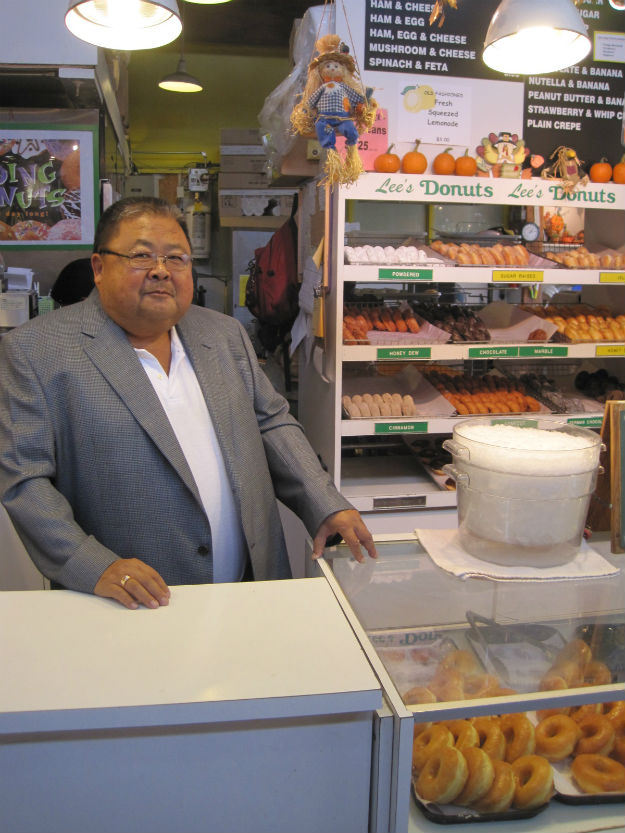 Mr. Lee of Lee’s Donuts making a rare, brief appearance in his shop on Granville Island. He implored me to try a still-warm, honey dip glazed donut that you see in the foreground. I’d never heard of honey dip donuts before I came to Canada. He whispered to me, away from his wife and staff, that his warm donuts were better than sex. I voraciously devoured it, and he gave me a bad time about eating so fast with another sex allusion, but I told him I wanted to finish quickly so I could have a photo of him before he admitted himself back into the hospital. He didn’t say what ailed him. 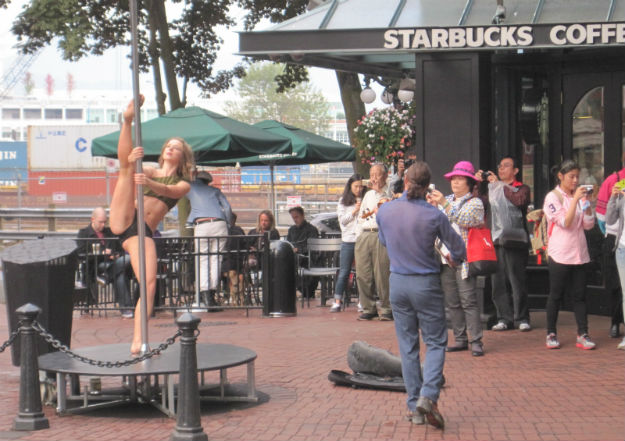 Are you thinking of visiting Vancouver? A friend sent this Craigslist room for rent listing to me. $45 a day for a room in a great neighborhood. If you stayed at one of the scuzzy hostels in town, you could get away with paying something just under $30, but over $30 is the norm, and that’s for a dorm bed, I need to remind you. $45 a night, shared by two, or more if you are into polyamory, and that’s quite a deal even for bottom feeders who are watching every pence. Of course, southwest Richmond isn’t so convenient to downtown—though it’s perfect for the airport—and the Vancouver transit system can be pricey on a weekday. The point is that you never know what you can find on Craigslist, even for hyper-itinerant travelers like myself.
A quick tangent on transport. In Los Angeles you pay $1.25 to take a bus or metro for any length without a transfer at any time of day. In Seattle it costs $2.50 or $2.25 for off-peak. In Vancouver it is $2.50 for a trip within your zone but $5.00 from somewhere like Surrey or Delta and $9.00 for a day pass, only coins accepted. It’s a little more complicated than that, but I think a tip of the cap is in order to much-maligned Los Angeles public transit, though I’ve got a beef with LA because, unlike a bus, you can’t simply buy a metro ticket from the always-unmanned stations that use machines. You must pay a dollar to buy a nonrefundable transit card for some anti-traveler reason. (Am I the only mass transit geek here? I guess so. Let’s just move on.)
I appreciate that people took some time and gave food recommendations for Vancouver, thank you. I didn’t get a chance to check everything out, and one reader pointed out the some things I think to be quintessentially Canadian are really more Quebecois, like pancakes and maple syrup. Can that be true?
It’s a shame I will be leaving town and missing out on a special CouchSurfing get-together, a dumpster diving potluck where people forage for what they can in dumpsters and then make a banquet out of it. I’m curious to see the results. 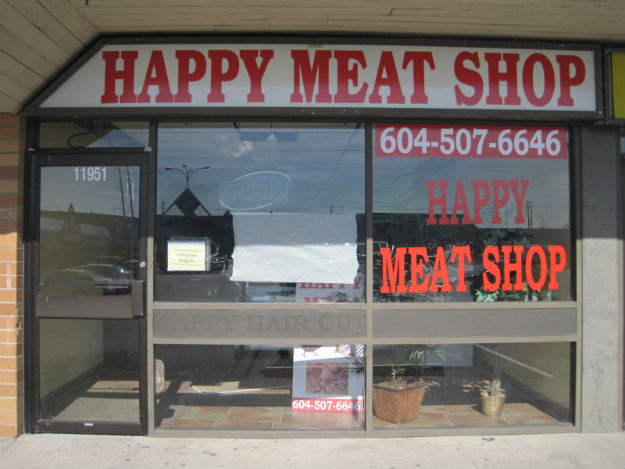 As you can see in the lower middle of the photo, it was formerly called Happy Hair Cut. 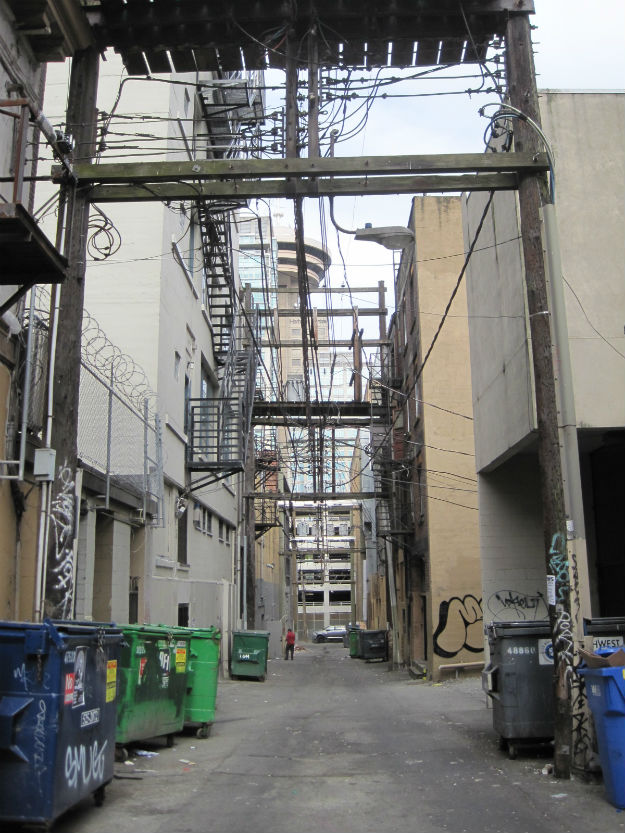 Vancouver’s alleys are frightening even in daytime. 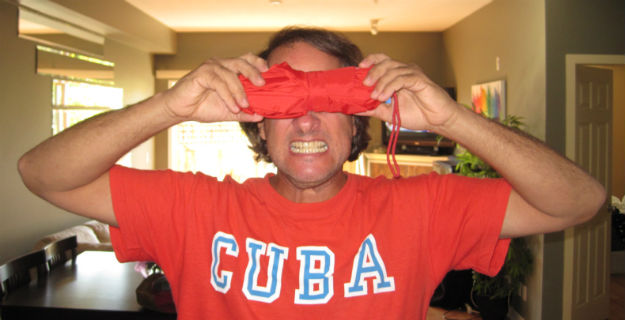 I never ever travel with an umbrella, but these are unusual circumstances—the Pacific Northwest! I have an umbrella AND a cheap plastic poncho so I can be wet with sweat instead of wet with rain. On the other hand, I’ve been in the Northwest for over 10 days now and haven’t worn shoes yet—and it’s October. Incredible.