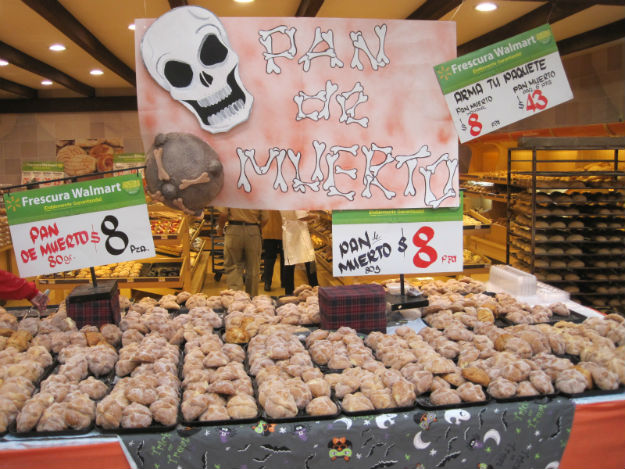 I love this. Pan de muerto means ‘death bread’. It is in honor of Day of the Dead celebrations in two weeks. Would death bread catch on in America? Someone needs to introduce it to the masses so we can say things like, ‘Give me a roast beef and swiss on death’ and ‘Honey, can you run down to the store and get some death bread? Your mother is visiting.’

I had never had this happen to me on a plane. It is 2am in Los Angeles. I am sitting on my $105 flight to Mexico City with Alaska Airlines. We are all in the plane, ready to pull back from the terminal when the pilot, in that practiced, breezy tone they all have, says that a volcano near Mexico City has spewed enough ash to make it a safety hazard to fly.
Oh.
I had nowhere to sleep that night, nor the next day, but I was given the option of trying my luck and flying to Mexico City on Aeromexico at 7:15am, five hours later. I asked how a volcano’s ash can diminish so quickly that Aeromexico would fly, but I had dozens of exhausted people behind me wanting to change their tickets and didn’t press it.
The staff at Aeromexico didn’t even know about the volcano and my concerns were pooh-poohed. No one else seemed to mind either. Another guy who was transferred with me shrugged his shoulders and said at worst they might take us to Guadalajara. As I boarded the plane I saw what looked like comedian Tom Arnold in first class, which calmed me—he’s not suicidal, right?—so I tried to get some sleep.
When we approached Mexico City, the sky looked awfully white with haze and our approach seemed unnecessarily low and fast, but that’s just how Aeromexico rolls. There was no fiery crash into the terminal. I’m sorry to report. And it was Tom Arnold. We had a little Twitter moment about it, total BFF now. 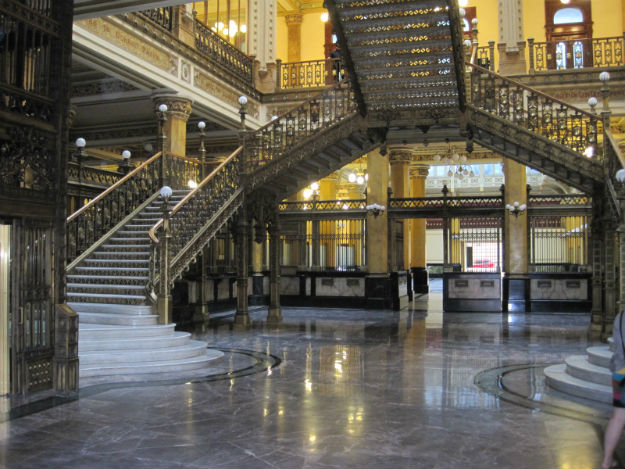 Mexico City! I have two travel fetishes: the first is to visit 100 countries, which I think I have done. and the second is to visit the 25 largest cities in the world. On both counts it’s hard to get people to agree on what comprises the lists, but by most population measures I am missing only Lagos, Nigeria and Karachi, Pakistan.
This is my second time to Mexico City, which is undeniably enormous. Thankfully, it has a pretty impressive metro system, but it is an assault on the senses. Only once have I been three stops without someone getting on and loudly trying to pitch something over the roar of the train. Most in your face are the guys with backpacks as big as mine that hide equally big speakers and blast music to entice you to buy a CD. There is footloose commerce like this all over town, people on the move trying to survive by selling what they can, giving the city a relentless energy. 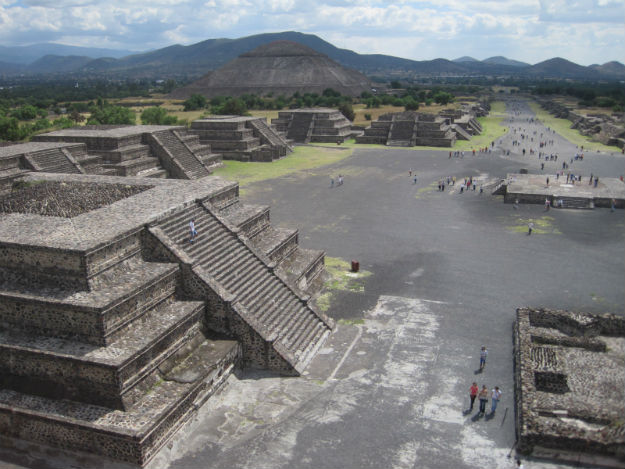 View of Temple of the Sun from Temple of the Moon in Teotihuacan, the pyramids north of town. By the way, on the bus ride there, we passed literally hundreds of men at a demonstration wearing nothing but their underwear. Tom Arnold would have a clever quip here, but I’m still too tired to think of one. 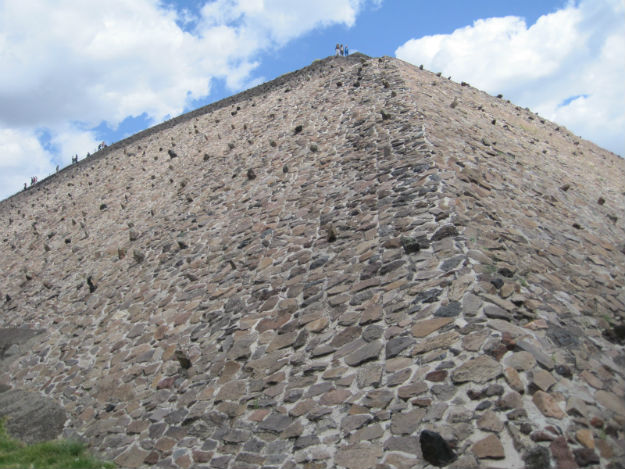 Side view of the Temple of the Sun 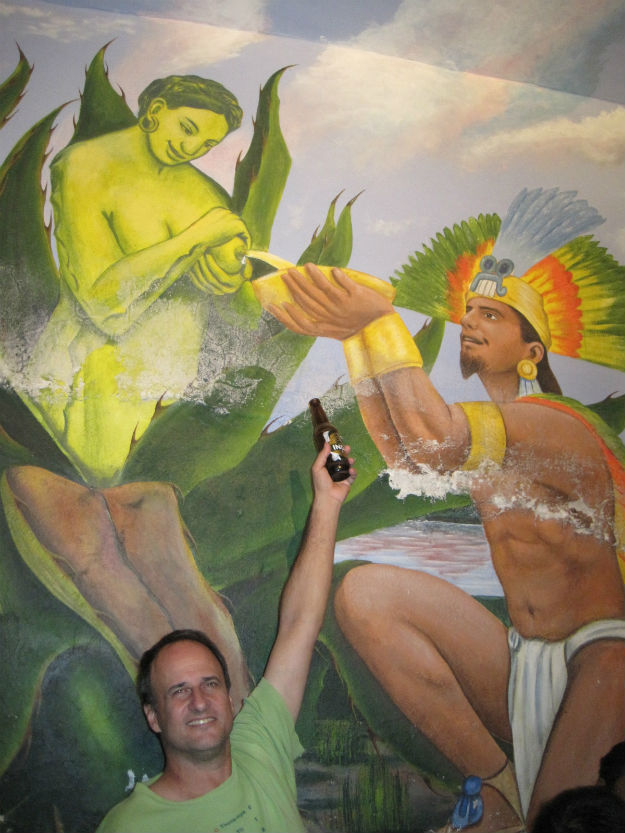 Look, I don’t always have an explanation for everything, OK? This is in La Nuclear Pulqueria with my CouchSurfing host at a ‘meeting’ and I am very, very tired. That’s all I know.

Practical information:
By far the cheapest way from the airport to town is the metro. From Terminal 1 it is a short walk. From Terminal 2 it’s about half a mile to the nearest metro station, Pantitlan, something I wouldn’t recommend if you arrive at night and it’s your first time here. A ticket for the metro with unlimited transfers is three pesos. (12.5 pesos = $1.) There are buses to Puebla and other destinations from Terminal 2 itself if you wanted to save Mexico City for later.
It costs 57 pesos to visit the pyramids of Teotihuacan (and most major museums in Mexico City). The bus from Terminal de Norte is 38 pesos. If visiting the pyramids, bring a lunch with you as food is quite a distance away and what better picnic setting is there? Bring at least a liter of water, too. Even if the temperature is the same as in the city, it feels hotter from the heat-reflecting stones and lack of shade—and it is at a high elevation. If The Great Traveler had any sense, he would have also brought sunscreen and lip balm.
Why don’t you stay with me? You can follow along with RSS or subscribe to an email feed.