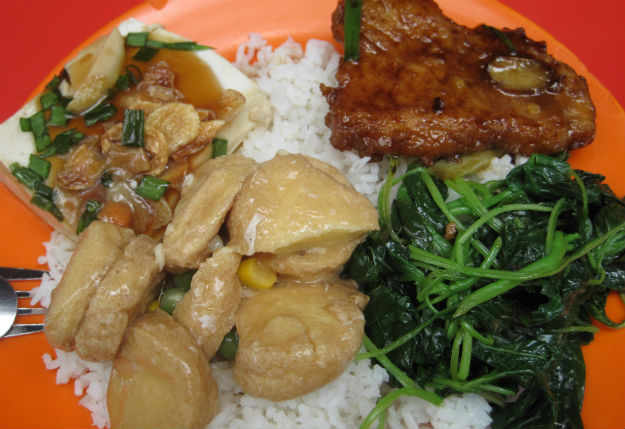 Malaysian food is simply the best. This is called economy rice where you choose from a couple dozen trays of food to add to your rice. You bring it to the cashier and they look at it like they have never seen such a combination before and mentally compute it. This cost eight ringgit, or US$2.50 for such a plate of goodness. The meat on the top right is pork, I was told. 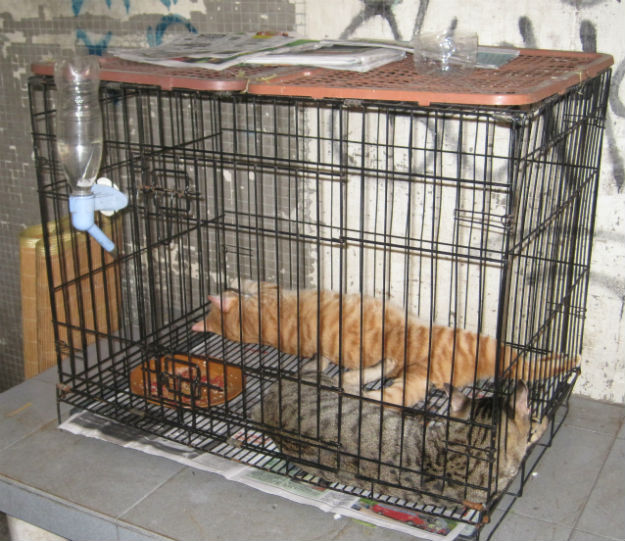 I’m almost sure he said pork. 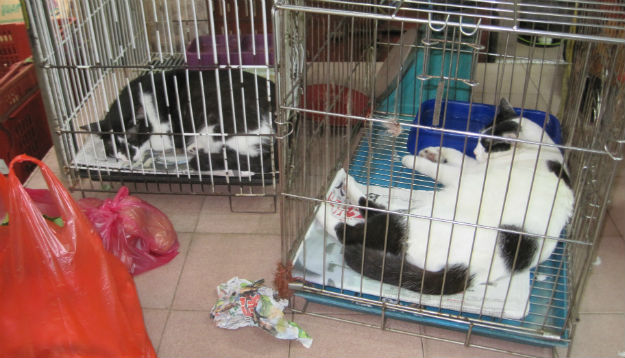 Umm…why are there cats in cages again?

I’m back in Asia after a four-month spell in Europe. I must have overstayed my Europe/Schengen visa, but like the requirement for travelers to have onward tickets, I don’t believe this is aimed at the western traveler and the immigration officer in Budapest stamped me out right next to the entry stamp that showed I stayed too long.
It’s taking a bit of time to acclimate to the heat and humidity of Malaysia, but I will take it over the cold any day. I am not of the persuasion that thinks you appreciate hot weather only after you go through an interminable fall, winter, and spring. Give me the heat. I will take 90F (32C) over 40F (5C) any day of the week. What can you do in the cold? Your options are limited. 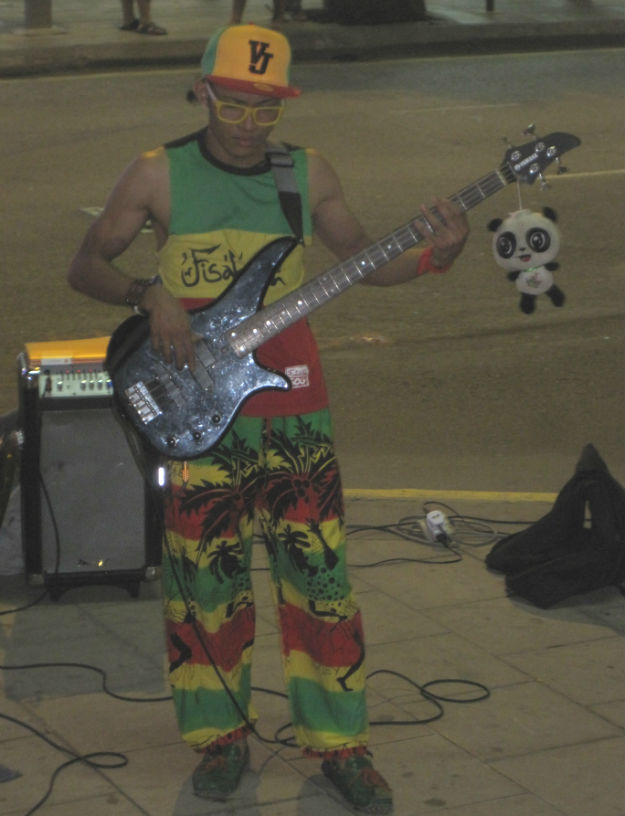 Groovy bassist in a street band on Jalan Bukit Bintang in Kuala Lumpur. 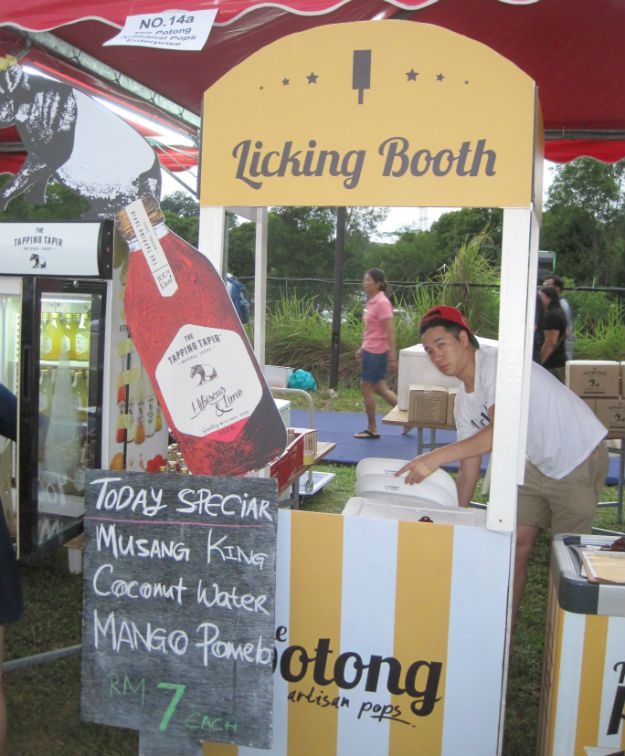 The licking booth. Yuck! This was at a Japanese festival outside of Kuala Lumpur. I couldn’t believe how huge the crowd was, but the licking booth? Not so popular. 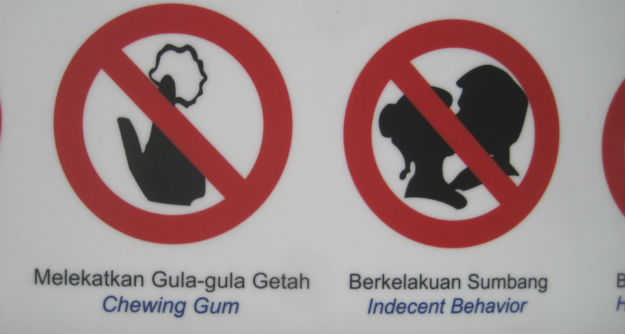 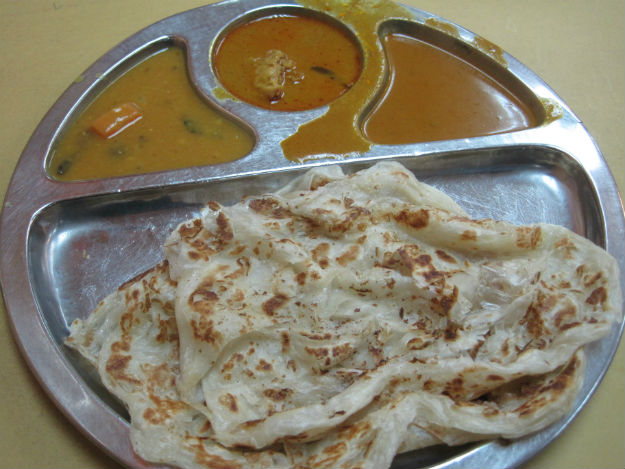 I intended to have my ugly varicose veins operated on here, but it’s 8000 ringgit, whereas I could also have 8000 of these roti canai.
You read my mind.

Malaysia has long been one of my favorite countries in the world and I am constantly in bloody fistfights defending it over Thailand. I love Thailand, too, but I’m partial to Malaysia, and especially Penang, one of the world’s great cities and the subject of the next blog post.
I do have one beef with Malaysia: the way they treat their foreign workers. Few countries have a proud record, but there has been a spate of Nepali slaves—I mean, guest workers—who have died on the job here. The Malaysian government claims these deaths are from “natural causes” so they don’t have to pay any compensation to the families. It’s absurd that so many young Nepali men in their 20s and 30s are dying of anything, much less from natural causes. But don’t get me started on how badly the Thais treat the Burmese either!
Practical information
To go from the airport to the main train station and vice versa there is always a 10 ringgit (US$3.15) bus about to leave. It isn’t necessary to pre-book anything, though you might save one or two ringgit doing so. There is a more convenient direct train that costs three or four times the bus that I’ve never experienced.
In Kuala Lumpur I stayed with friends, in an Airbnb room, and in a Chinatown flophouse. I guess I can’t literally say a flophouse, but sad enough that my mother might cry if she saw it. There are lots of depressing places to stay with paper-thin walls. I would only suggest keeping your nose to the ground for new places, and it isn’t necessary to stay in the middle of town with such a good, cheap, extensive metro system. Couchsurfing must be pretty easy, I would guess.
Buried at the bottom here: does anyone want a postcard from Malaysia? The first person to reply below will get it, but my three qualifications are that I have never met you in person, I have never sent you a postcard before, and you will read my blog for eternity.
Why don’t you stay with me? You can follow along with RSS, subscribe to an email feed, see what’s cooking on Facebook, pray that I’ll say something worth remembering on Twitter and if you are really slumming it, there’s always Google+. (I’ll follow you back!)