After exactly ten months away, the end of the trip is here. Ten months is a long time to be running around, if you weren’t sure. For the 28th straight year of my post-university life, I have been traveling at least six months of the year. That’s too much, if you weren’t sure. My longest trip was twelve months and twelve days, and I was brain-dead the last month or three. This time I paced myself better with a couple of house-sitting gigs and some laziness in Europe. I look back at it now as wasted time since I didn’t go to Africa when it was sitting right there below me, but, psychologically, in the big picture it might have been the right thing to do.
The end found me in Bangkok. Everyone finds themselves in Bangkok, the hub of Asia, at some point. As much of a magnet that it is, most travelers don’t like to dwell. (Some think that boiling pots of danger lurk on every corner.) I can easily stay for a week, but I am always easily entertained in big cities.
Besides, it can take a lot of time to accomplish anything in one day in this sprawling megapolis. My goal in Bangkok is to never use taxis and, of course, tuk-tuks to get around, but I need buffer time to allow for the challenging bus system. Thais sometimes very happily will give you directions that are completely wrong, probably because of the belief that wrong directions are better than no directions. Even when I think I am on top of things with my destination written in Thai for the ticket person, it can still be problematic because they are sometimes illiterate, which always embarrasses me more than they appear to be. 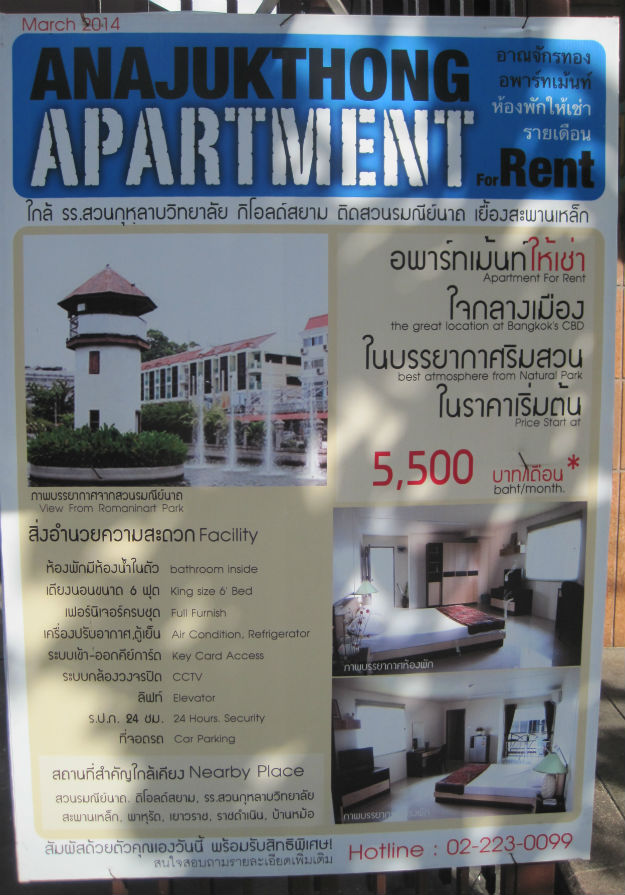 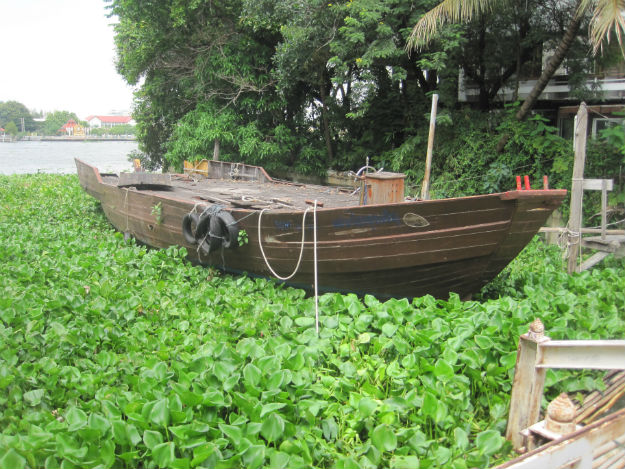 PRACTICAL INFORMATION #1:
I flew from Phuket to Bangkok for only $35 net on Malindo Air which is also called Thai LionAir. One free checked bag, too. The bus would have been 10-12 hours and $20. (A quick aside: I considered taking the bus for exactly three seconds. Young Kent Foster would have taken the bus and thought to himself, “With that $15 I saved, I can stay in a ragged guest house for three days. Cha-ching!” Sometimes I don’t miss being Young Kent Foster.)
The public transport secret for Bangkok is the Saen Saeb boat that goes from near Khao San Road/Democracy Monument eastward to the Siam Square area and beyond. This is the map of the route. It’s unique and fun and a godsend to go quickly across town. If you are a woman wearing a skirt or a shy Scotsman in a kilt, it could get a little awkward to discreetly climb over the rope and down into the boat.
Where to stay in Bangkok? It’s the question on everyone’s minds because so many travelers have huge backpacks and “can’t be bothered”—I hate this expression—to change places, so they plant themselves firmly and suffer the consequences if they don’t like it. Be flexible! I often ask guest house managers if travelers reserve rooms in advance versus just walking in, and it seems that the average is about 90% book in advance. That’s too high.
I stayed in three places: Fab Hostel for 450 baht (US$14) for a single, kind of near Silom Road, a bit of a walk south of Surasak BTS station, Sawatdee Guest House in Thewet (north of Khao San Road near the National Library) for 250 baht for a single—I’ve stayed in every guest house in Thewet now—and an official HI hostel by Victory Monument for 390 baht for a dorm bed.
I used Travelfish to check out my accommodation options, but the problem with any information in Bangkok is that too much changes too fast. The cool, hip new guest house from 2013 very quickly turns into an overrun, clogged-drain nightmare like every other Bangkok guest house by 2014. 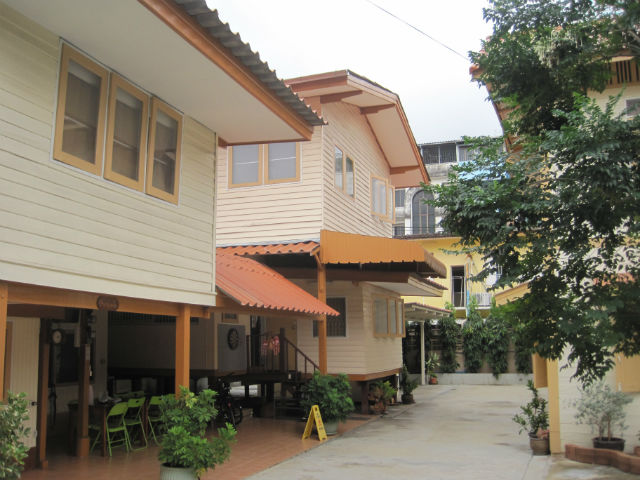 Fab hostel doesn’t look like you are in a huge city, does it?

LOS ANGELES!
The theme music for Los Angeles is by an under-appreciated 1980s LA punk band called “X”. (When is punk coming back? The time is right and it’s desperately needed.) The wretched airport aside, I always look forward to Los Angeles, one of the world’s great cities. Everyone thinks I am joking when I say that, preferring San Francisco, but LA is just hard to get to know as it is too large and unwieldy for travelers passing through to digest. 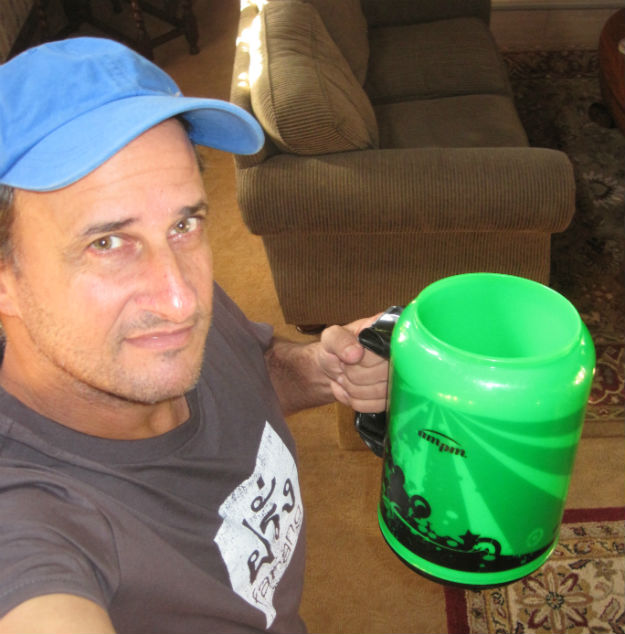 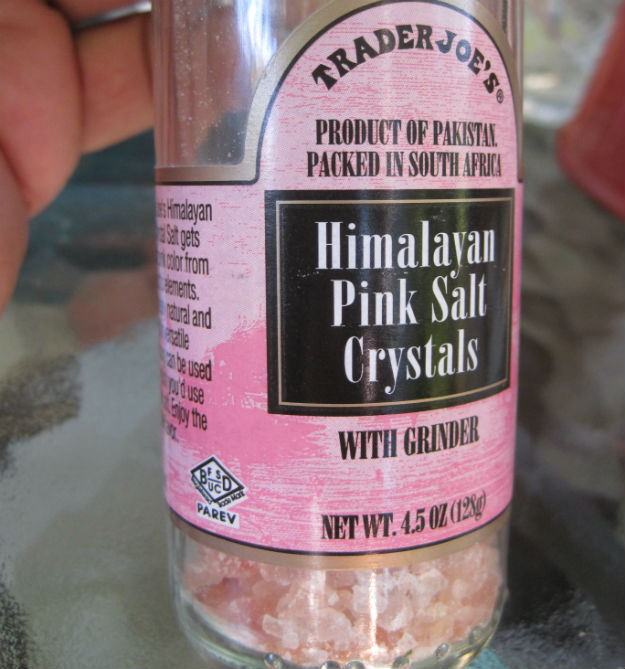 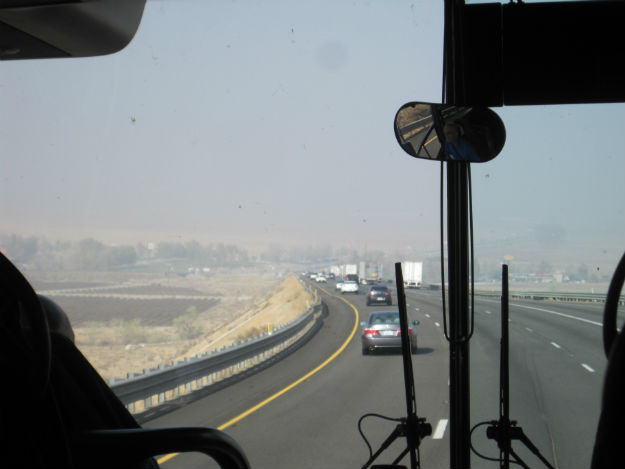 Great to be back in Beijing—wait, where am I? This is about an hour north of Los Angeles coming over Grapevine. If you know the John Steinbeck book, “The Grapes of Wrath”, this is the pass the Joads come over and find the fertile land of plenty. Nowadays the Central Valley has the worst air pollution in America, worse than Los Angeles’, but when it’s 32C (90F) in November, I say that breathing is overrated. Did you know that beyond that haze is where 90% of the entire world’s almonds are grown? And don’t get me started on grapes, walnuts, oranges, cotton, figs, rice, dairy…

PRACTICAL INFORMATION #2:
I flew from Bangkok to Los Angeles on China Southern Airlines for $566 one way. I know, I’m not happy about it either. Cheaper would have been to fly on norwegian.com via Europe, but that’s much longer and I hate flying. Turbulence kills me, and it is unnerving to hear Chinese pilots with their shaky English. Maybe I should have gone with the sing-songy Norwegians.
My dear foreign friends! Don’t fly into a US airport and expect to stop by a tourist information office to get yourself sorted. They don’t exist. (Am I mistaken? I can’t think of any off the top of my head.)
My destiny might be to work at Los Angeles Airport in a true tourist information office. I like helping travelers and Los Angeles is a black hole for good information. LAX only has a volunteer post where the staff gamely try and help people with transport and hotel questions, but it is unconscionable that the Great City of Los Angeles doesn’t see the value of having a professional service or believe that this first impression for visitors is important. As it is, travelers are thrown to the wolves, and Los Angeles is extremely traveler-unfriendly. Stay tuned. 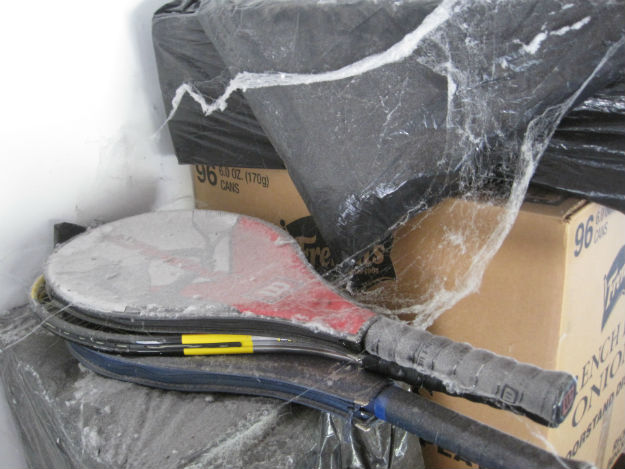 Did I mention I have been away ten months?