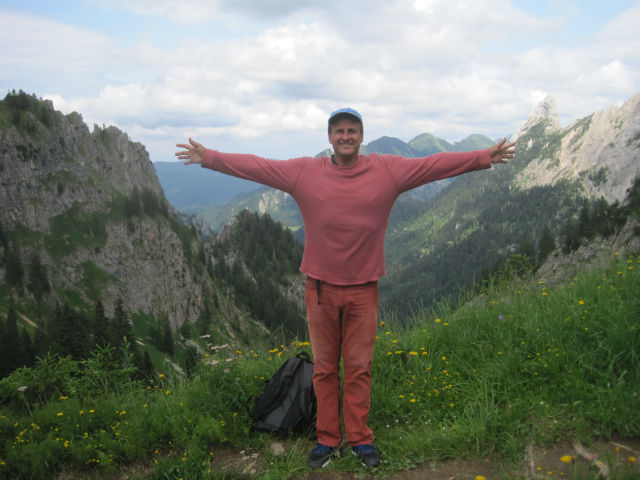 On Tegelberg near Neuschwanstein Castle in southern Germany. That’s me in the middle.

I have been away for over six months now. “Away” is a complicated word because what I am away from other than the country of my passport? In any case, I have been away from my country for over half a year for every single year of my life since I graduated from university in 1986. That’s an accomplishment, if you see it as such, or a nightmarish existence, depending on your point of view.
I thought of a big Russia trip while the summer warmth is here and then next year maybe a rough Africa overland thing to top off my traveling life before I “retire”—transition!—to herding llamas in New Zealand or whatever it is that people with normal lives do. 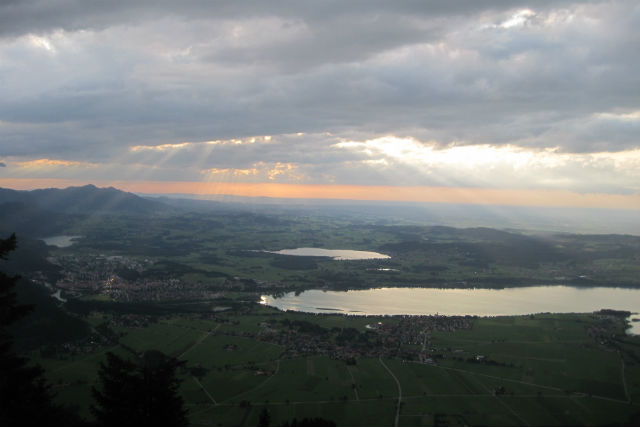 View from Tegelberg down to Schwangau.

I applied for a Russian visa in Munich, Germany. This is 2015 but the visa process is straight out of 1973. You need to show prepaid hotels, a support letter from a Russian agency, and the application is lengthy. (My favorite question: list all the countries you have visited in the past ten years.) It takes ten business days and costs 150 euros plus a 27 euro processing fee, but it is a three year multiple entry visa and whereas it says on the website that you can only stay for thirty days at a time, the woman in the office said I could stay much longer since it is “special for Americans.”
I should have known something was up when I heard that. Why would Russia do something “special for Americans” in these days of frosty tensions?
I got the call the next day. My visa was rejected. They wouldn’t say why. They won’t refund the 177 euros either. (USA also does this to foreigners; the visa fee is nonrefundable regardless of outcome.)
I was stunned. Why would they do this? I can’t recall ever being denied a visa. For my amusement I used to pop by Iranian and North Korean embassies around the world just to see what they’d say about giving me visas, but I don’t remember ever being outright rejected after applying. 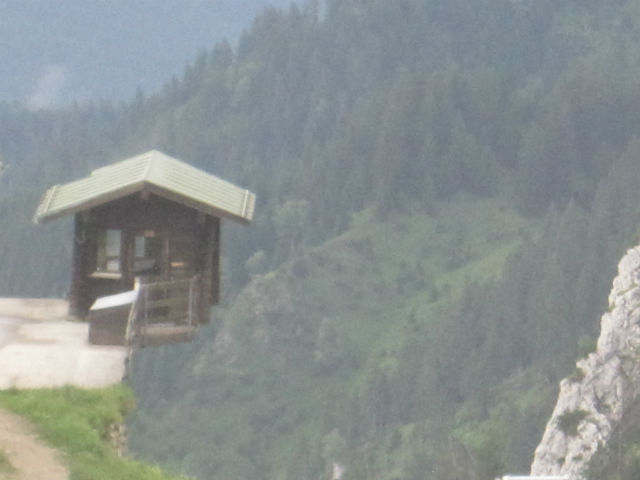 One false step, and boom!

Why Russia?
I have only been to Russia once. It was in the mid-1990s, and it was rough, but also fascinating and unforgettable. I distinctly remember being hungry all the time. Loneliness and frustration levels were constantly sky high, yet few countries have been etched into my soul of rich travel experiences like Russia.
Russians have a depth about them that I find very attractive. They can be taciturn and are hardly the type to exclaim, “How’s it going! I’m Boris! Damn glad to meet ya!” Their qualities are similar to what draws me to Hungarians, which I experienced as an English teacher in the provinces eons ago. I imagine Russia to be a more intense version of Hungary.
I’d love to get out in the vast sticks of Russia to visit Couchsurfers in places few people go, to experience the real Mother Russia, and then get out three seconds after it turns cold.
I might try for a visa one more time in another country. We’ll see. I dread checking “YES” on the box where it asks if I have ever been refused a visa for Russia, which could be a scarlet letter. 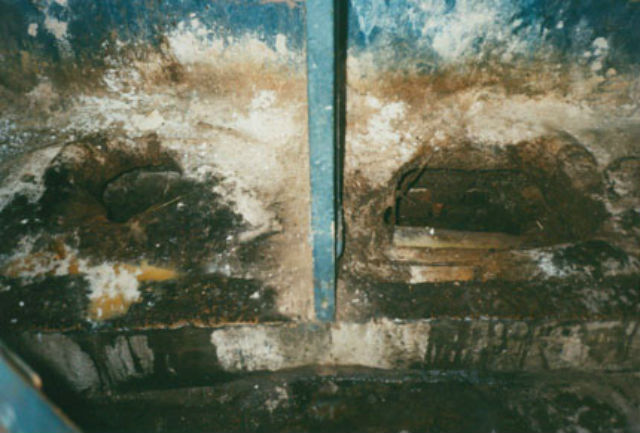 This toilet photo (still my website’s most popular page) was what I experienced just before crossing into Russia from Estonia. I am very curious to see it again, though decrepit toilet re-visitation isn’t something one should say out loud.

Death to Travelex!
Every once in a while I feel compelled to remind everyone that Travelex is the devil. Travelex is a chain of moneychangers that have ridiculous exchange rates. The business model is to have captive audiences at airports, and I very partially understand that they are being charged a lot to have a service at the airport, though perhaps this is in order to ensure a monopoly position, which is something no self-respecting airport should allow, though few can resist the temptation. Singapore’s Changi Airport is the role model for travelers on many fronts and, if I am not mistaken, they ensure that airport exchange rates are the same as downtown rates.
The whole idea of an airport not as a public service but a cash cow boils my travel blood, but airports are often privatized, so does that negate the idea that it is a public service? Maybe I have an outdated, misguided, entitled, privileged view that fliers shouldn’t be fleeced by $5 bottles of water and absurd exchange rates.
I publicly scorned Travelex on Twitter and had this exchange:

Travel Enemy #1 is @TravelexUK The rates for changing $600(!) are meant purely to deceive. Shame on #Travelex pic.twitter.com/0okQEVOgVW

@TheDromomaniac Sorry to hear you're disappointed Kent. Travelex is always v transparent in the way we display rates, commission charges…

@TheDromomaniac …& any promos. We provide value promos as an incentive for customers purchasing more currency, which include 0% comm …

@TheDromomaniac …offers, allowing our customers to save more as they spend more. ^Mel

@TravelexUK It's not "saving" money if the original rate is rapacious & how can you justify showing the rate for $600 instead of $1 or $100?

I was confident of having the last word because Travelex knows they are in the business of deception.
Why don’t you stay with me? You can follow along with RSS, subscribe to an email feed, see what’s cooking on Facebook, pray that I’ll say something worth remembering on Twitter and if you are really slumming it, there’s always Google+. (I’ll follow you back!)