In Moscow I walked from Red Square to Lubyanka where the former KGB headquarters were, but I couldn’t remember which building it was in the vast intersection. I stopped to ask two policemen and they pointed across the street. When I asked what the building was now used for, they laughed, one of them saying, “Same.” The other said, “New KGB.” 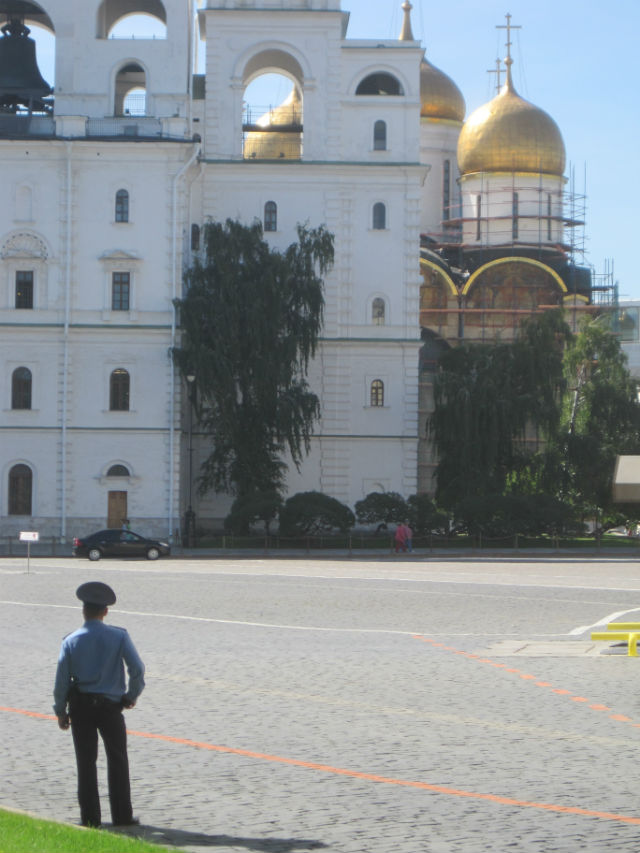 I think most Americans imagine that visiting the Moscow Kremlin is like stepping into a hornet’s nest of Cold War intrigue, spies lurking around every corner, that it is a tightly controlled, dark and foreboding place. The truth is that visiting the Kremlin is like being on a college campus in summer. A California college campus. It’s open and leafy, quiet and peaceful, with small packs of tour groups being led to and fro. All the action is on Cathedral Square and the Armoury, and then the rest of it is an unremarkable super-clean expanse of open spaces and gardens. 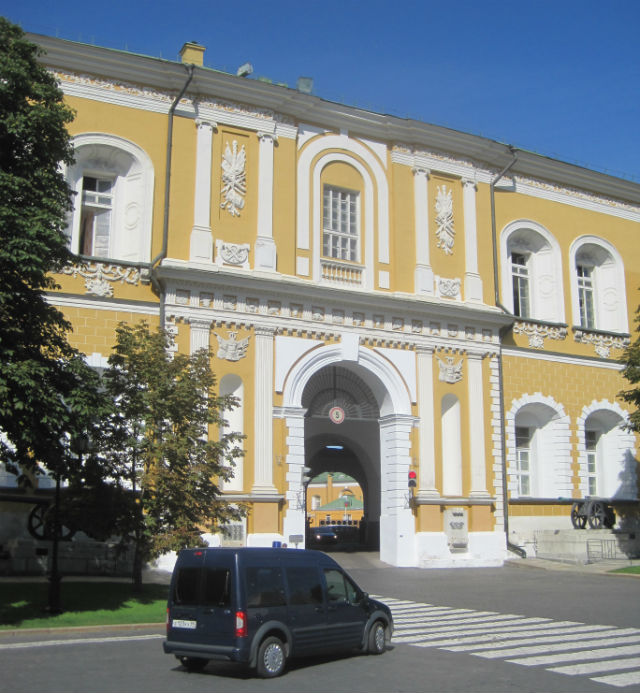 Years from now the only thing I am going to remember about visiting the Kremlin are all the Fords I saw being driven around. Ford! What pact with the devil has Russia made to have Ford be the official auto supplier to the Kremlin?

I haven’t discussed politics with Russians I am meeting other than to ask in a roundabout way, such as if a flight to Crimea—a part of Ukraine until recently—is considered a domestic flight. Everyone does appear to be pretty OK with the annexation of the ethnically Russian parts of Ukraine. With that reasoning, shouldn’t Latvia be next, as it also has a very large Russian population on its eastern border? Latvia had its independence once before, unlike Ukraine, but is that the only reason? If Hungary decides tomorrow to invade all of its neighbors to reunite those many territories that have long been ethnically Hungarian, is it the same thing? Feel free to educate me.
This is an article in the New York Times from two weeks ago about the mood in Moscow at the moment. I don’t know what to think of it partly because I am a simple tourist not here long enough to know and partly because I don’t feel confident to say I have grasped the feeling here.
I will say that—again, these are just the fleeting observations of a dude passing through that may or may not resemble reality—I have been caught off guard by how conservative Russia feels. Maybe subdued is the better word. I wasn’t expecting Sodom and Gomorrah, but the population is well north of 10 million, and yet it isn’t chaotic at all. There isn’t much honking on the roads, very little public drunkenness, and no hotheads. I also haven’t been out at night much, so take that into consideration.

Cheesy yet obligatory photo from next to Red Square in Moscow. I’ve been wearing these same clothes for eight long months. 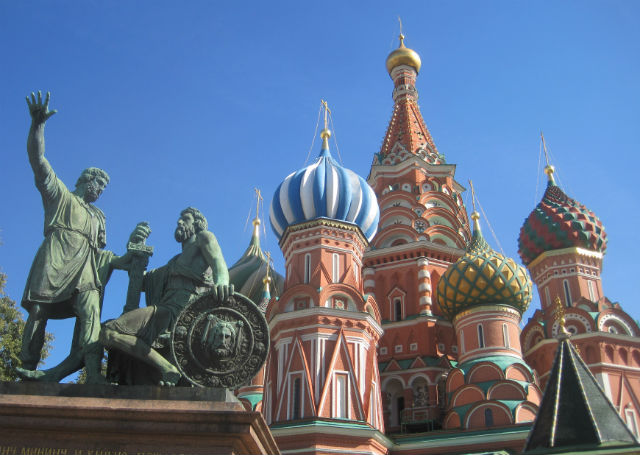 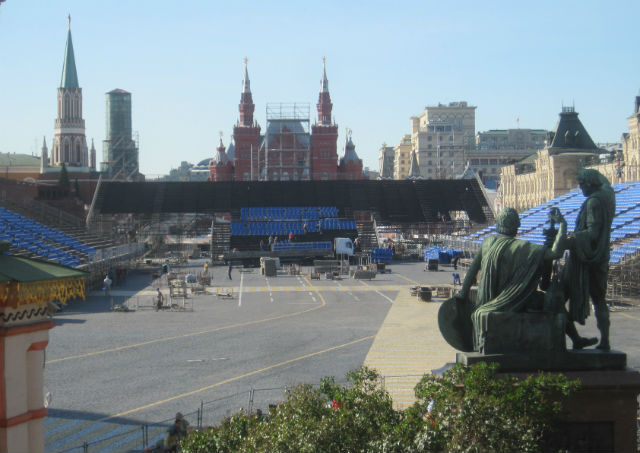 95% of Red Square is blocked off for city celebrations next month.

MEMORY LANE
When I asked the policeman where the KGB headquarters were, I had a flashback to a time in Kiev, Ukraine when I asked directions from the police and they demanded to see my passport, took me outside, took me down the street into an apartment block, walked me behind a stairway, and said I had to pay $100 because of a “problem” with my visa. I stood my ground and as the price came down to $50 and then $20, I laughed, took my passport, and left.
PRACTICAL INFORMATION:
So how can you visit the Hermitage and the Kremlin for free? Hermitage tickets go for 600 rubles and the Kremlin Armoury Museum is 700 rubles. The thing to do is to simply buy a bunch of tickets and resell them to the people at the end of the line. It’s more lucrative to do this at the Hermitage where lines are especially long and ponderous, but the Kremlin has timed entry into the Armoury and most tourists don’t want to wait all day. Cash cow. 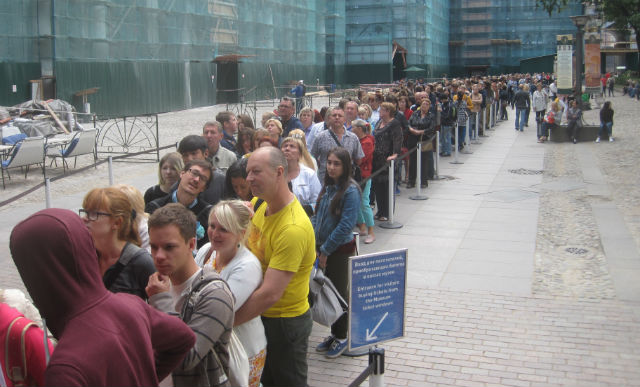 See this line at the Hermitage? This is for people who want to buy tickets at the ticket office, but behind them are ticket machines with much shorter lines where you can buy a bunch at a time. Sell six tickets for 700 rubles, and boom, you have a free ticket. Then give some customer service by showing them the line to enter because it is poorly signposted. Another FREE business idea from The Dromomaniac! I give and I give and I give…