Look at this ticket below. 50 rubles to see professional hockey in Russia! That’s about 70 cents. I am not sure exactly because the ruble is free-falling. ATTENTION: THE RUBLE IS SEVERELY ILL! NO ONE CALL A DOCTOR! It’s lost 10% just in the last two weeks. It was 63 to the dollar when I arrived and now it is over 70. I am afraid to take too much out of the ATM at one time. My Russian friends get angry when I tell them I do a little dance in front of moneychangers, but look at this chart of the exchange rate over the last five years. It’s been hovering around 30 forever, so I am allowed this one summer of affordable Russian travel. Thank you. Now pass the caviar. 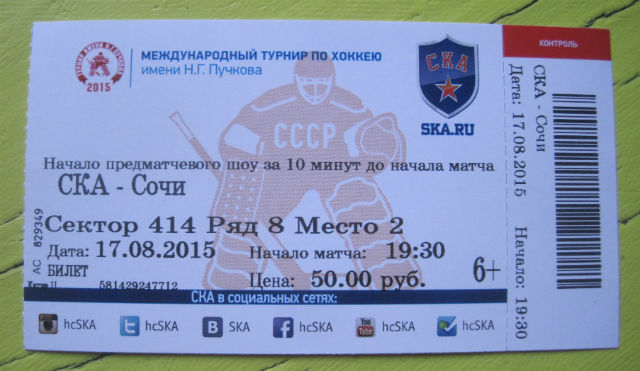 I believe it was only 100 rubles for the best seats, but I didn’t even think of it. Sometimes my mentality is as if I have lived through the Depression or my parents were sharecroppers. 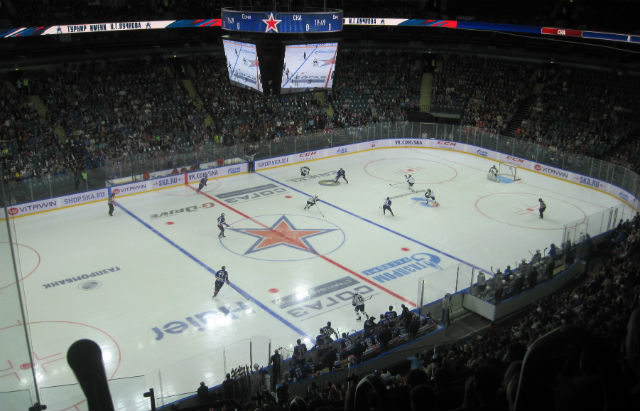 The remarkable thing about the evening was how unremarkable everything was. It was just a Russian version of pro hockey with some local differences, but it was all fine and good. I had flashbacks to the last time I went to a sports event in Russia (see Memory Lane below) so I had low expectations. By now I have accepted that my last trip to Russia was the ancient past. 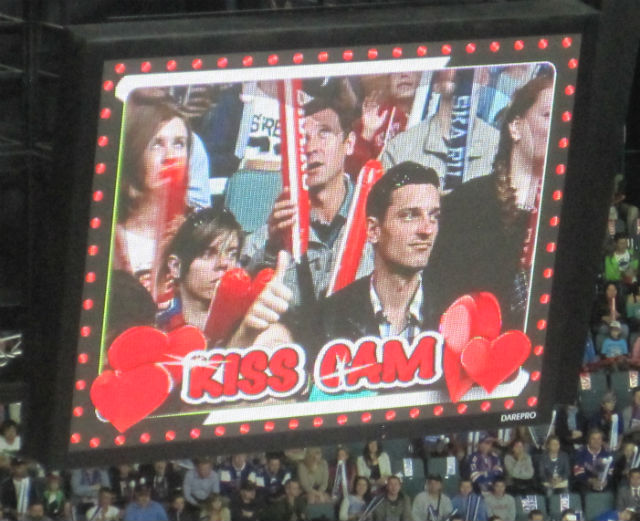 The kiss cam. See? Some things are transcultural, if that is a word (and even if it isn’t, go get the domain name transcultural.ru; yet another free business idea from The Dromomaniac.) If you aren’t familiar with the kiss cam, here is a minute of kiss cam video. 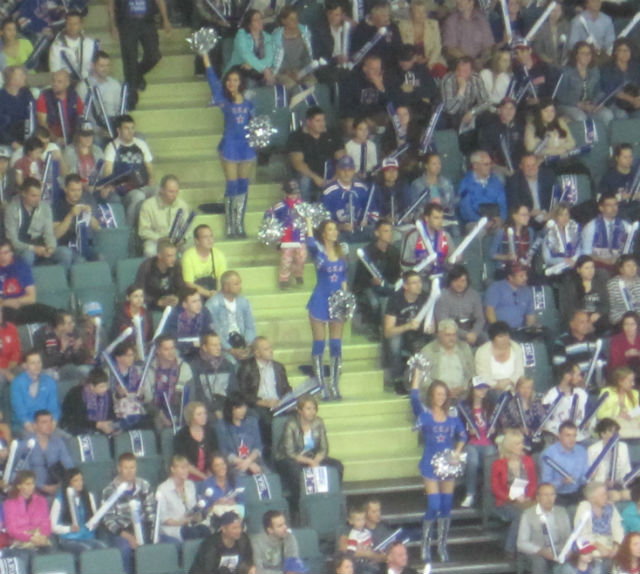 These cheerleaders kept jumping into the viewfinder of my camera every time I tried to take a photo. So needy for attention. 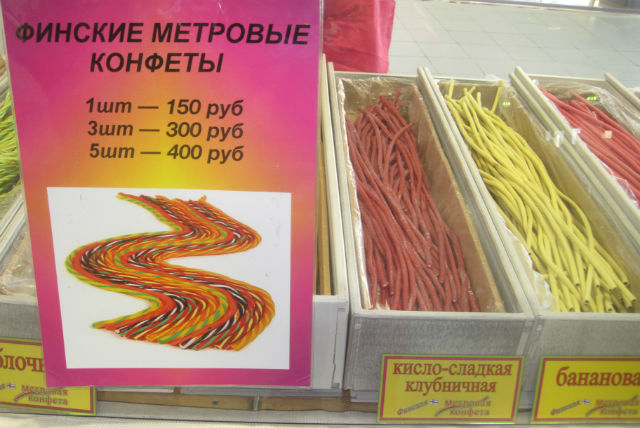 I’m not sure what this is, and I thought of Robin MacAlpine, but I heard the national anthem and ran to my seat. 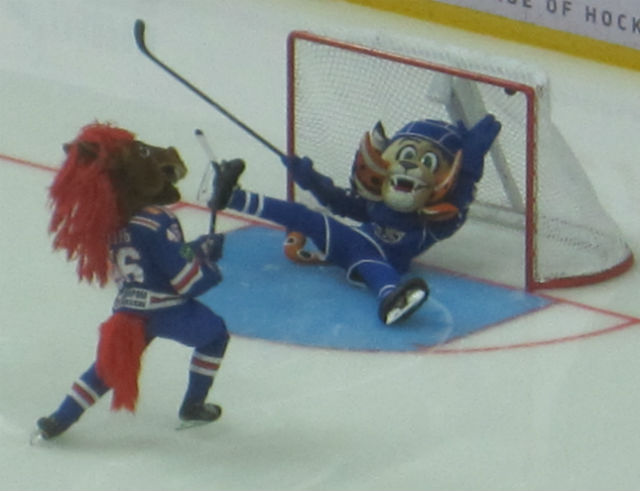 Top shelf goal from the mascot during intermission.

Ilya Kovalchuk, a legitimate former NHL star, is the big draw in Russian pro hockey, though even he has to wonder about playing hockey in August. Here he is scoring on this penalty shot goal:

SKA St. Petersburg is the reigning Russian champion but Sochi scored the first two goals. SKA woke up, scored the next five, and I left with a few minutes remaining into the warm St. Petersburg night, beating the foot traffic to the metro.
MEMORY LANE:
Last time in Russia I went to a soccer match, Brazil vs. Russia. It was a big deal, a huge crowd in a huge stadium (Luzhniki?) but the facilities were so antiquated that if you wanted to use the toilet, you had to walk outside of the stadium and go next to a tree. I wouldn’t call it a fun-for-the-whole-family atmosphere either.
PRACTICAL INFORMATION:
Buy any professional sports tickets that cost 70 cents. At worst you can sell them on ebay. Maybe.
Hey, if you made it this far, since you probably don’t like hockey, as a token of my appreciation I’ll send a postcard from Russia to the first person who leaves a comment below.
Why don’t you stay with me? You can follow along with RSS, subscribe to an email feed, see what’s cooking on Facebook, pray that I’ll say something worth remembering on Twitter and if you are really slumming it, there’s always Google+. (I’ll follow you back!)