The end is near! Belgium is my last foreign stop before I fly to Miami, Florida, though is Florida really any less foreign? I made a quick visit of Belgium just before the long slog home. 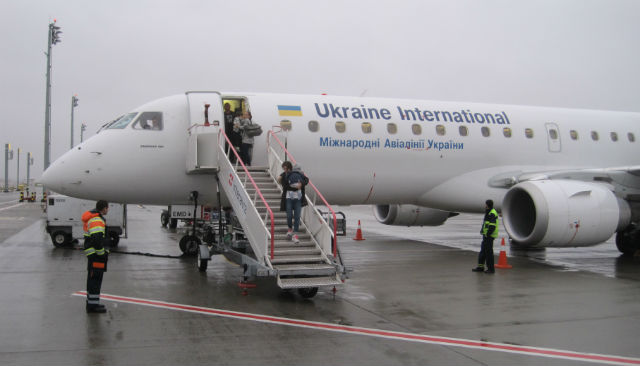 I flew from Amman, Jordan to Brussels, Belgium via Kiev on Ukraine International Airlines. Even though I am into frequent flyer miles, I also like flying oddball airlines like this for the experience—if they are cheap. This was a strange plane and an awful, awful flight, a skinny Embraer jet that shook so hard in heavy turbulence for so long I had my recurring dream of living in one idyllic place and never flying again.

Hitchhiking in Belgium
I wasn’t optimistic about it, but I tried hitchhiking from Brussels airport. I found a bad, yet quiet spot away from any police and threw my thumb out. Surprisingly, a car with diplomatic license plates stopped. That is very rare, and even more so since I hadn’t shaved and was looking grizzled. However, he was going the wrong way. But then another car with diplomatic plates stopped, and this time I went with them into town: two Burmese guys—do I have to say Myanmar? Myanmar has existed for so long now no one will remember it was once Burma—from the embassy. They were a jovial duo, entertaining me by mock-throwing their phones out the window every time it beeped with a message.
Hitchwiki told me where to take public transport in Brussels to the best spot for heading west to the coast. I needed help from a gorgeous Congolese woman to figure out the ticket system, though I might have heard every fifth word while staring at her. Every time I am in Brussels I am struck that it must be one of the most international (read: least white) places I know; it’s no wonder little Belgium is such a hub for international flights.
The hitchhiking all went quickly from Brussels: an African-Belgian guy took me to the first highway gas station, then I sat in a disgustingly filthy car thick with cat hair and cigarette smoke from a man with three kids in the back seat, and finally a Chechen guy drove me to Oostende on the coast. He couldn’t believe I was American nor that I was visiting for fun. I had already told him I was from America, but he looked me over and asked, “Are you Syrian?”
“Nooooo!” I replied. I pointed to the American flag velcroed on my backpack and said, “California!” in the dorkiest way possible.
He was confused. “You are on holiday in Belgium? Belgium?!” as if it was the most ridiculous idea. I assured him I had no other motives to be in Belgium and he let me out in Oostende, not believing a word I said.
Sometimes I worry about getting robbed while hitchhiking, but any driver’s smartphone is worth twice as much as everything in my bag combined, and the driver probably quickly realizes it when meeting me. In almost all of Europe the balance is such that the driver is far more worried about you than you are worried about the driver. Whatever the dynamic, so far, so good. 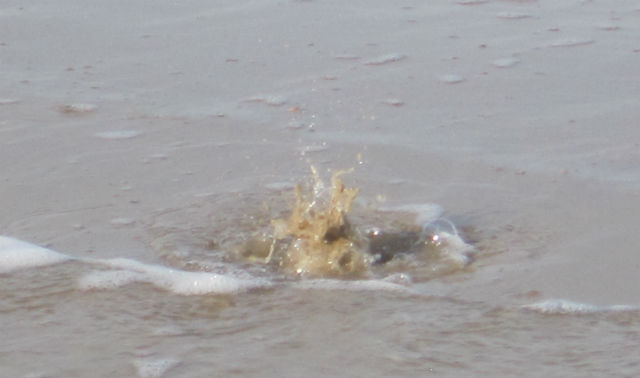 Burbling water in Oostende. What animal could cause such a force?

In Oostende I stayed at an Airbnb place that cost exactly $1 because the guy simply wanted to have guests. In Gent I stayed as a Couchsurfing guest, but I might be losing my Couchsurfing mojo. Lately it hasn’t been so easy to find hosts.
The Cheap flight—always the cheap flight
My flight to Miami is with a Belgian-based airline called—ready for this? It’s unbelievably bad: Jetairfly. Ta-da! Is that not the worst name for an airline? Who thinks of these things? I am flying with them because $165 is crazy-cheap.
I was all proud of myself that I found such a cheap flight, but these days they aren’t the only cheap game in town to cross the Atlantic. Jetairfly, Norwegian.com and Wowair via Iceland are the way to go, among others. Still, $165 including all taxes and a free checked bag is very, very hard to beat. 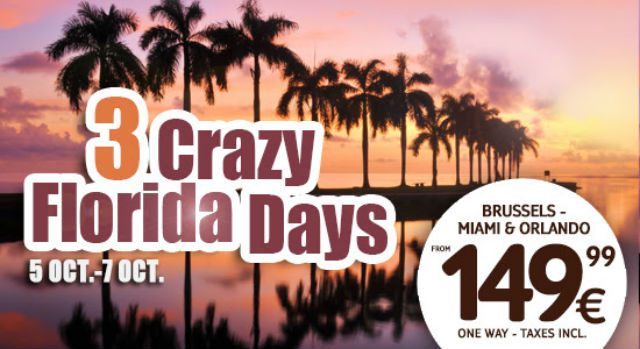 I saw this ad in my mailbox, which makes up for the thousand other times I feel getting airline newsletters is a waste of time. I tried and tried to purchase it online, but wasn’t having any luck. I called my credit card company, but they claimed the problem wasn’t on their end. I tried calling the airline even though I knew I would be on hold forever and be a costly international toll call (and somehow you can’t use Skype to their landline). I finally discovered that you can’t buy a ticket with an American credit card, though they never mention it on their website and no one can explain it anyway. What the hell? Luckily I have a friend that trusts me and I used her credit card. (I have a friend!)

Blitzing through the US embassy
I raced to the US embassy in Brussels just before my flight to get extra passport pages. You must make an appointment online, but then there is wiggle room if you call them and ask for other times. Like anything involving passports, it’s better to do it abroad than home because of the time and cost. If I wanted new passport pages in USA, the cost would be the same, $82, but I would have to mail it away (with insurance and a return envelope) and wait 4-6 weeks or pay an express fee of $32 if I went in person to a passport office in a big city.
It rankles me that I have to pay $82 for something that used to be free and which takes minutes to do, but come the end of the year, the government will no longer issue extra passport pages. When your passport gets filled with stamps, you’ll have to buy another passport, which is about $140 now, plus photos, plus the interminable waiting time, etc. 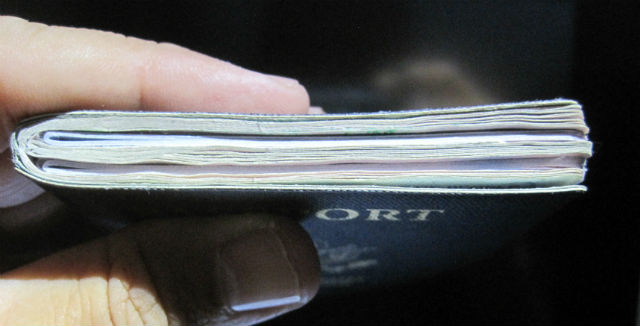 My new passport supplement. While you are at it, ask for double pages as shown here. I used up my 45 pages in five years, so the 45-page supplement should be perfect as my passport expires in another five years. That said, now I have a massive passport that will be uncomfortable to stuff in my pocket while sweating in the tropics.

PRACTICAL INFORMATION:
Pro tip: all those mangled US dollar banknotes that no money changer will touch, the ones with the rips, tears, spots, markings, and stains? The embassy will take them.
For foreigners coming to USA, just because nowadays there are old and new types of banknotes for the same denomination doesn’t mean it’s a problem to use either one. In fact, every banknote ever printed in America is legal tender. Don’t come to USA with anything other than dollars. I have never, ever seen a decent rate for any foreign currency.
How did I find an Airbnb place that was $1? By doing a search by map, putting my parameters as a place for under $10, and zooming out. You never know what you might find. 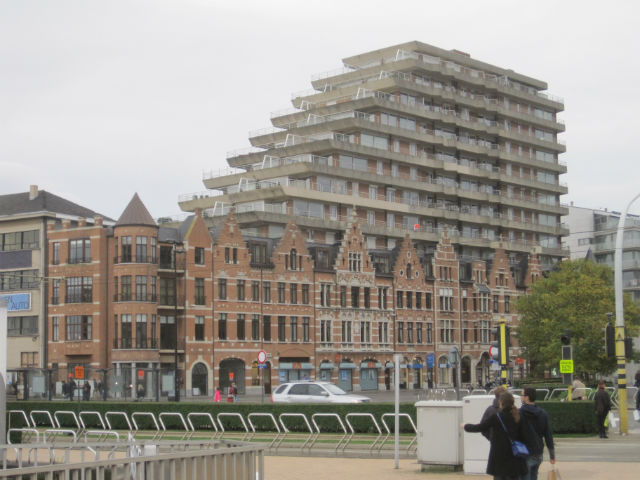 Oostende architecture. This is all one building.