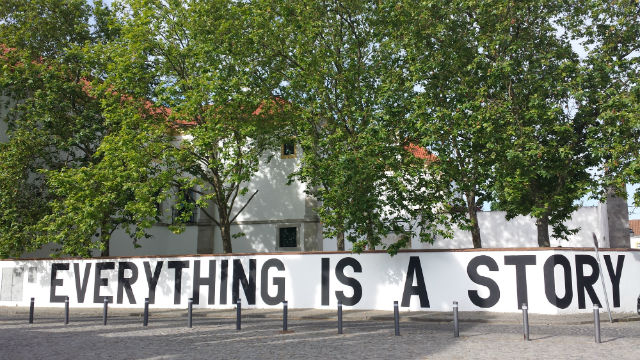 If you drive through the desolate highways of Central California late at night, on the radio you only hear Top 40 hits, talk shows, country music and religious sermons, but you can also hear Portuguese radio. Many Portuguese have emigrated over the years, Basques, too, both quietly.
I began listening for the novelty. It was my first exposure to Portuguese, and I was transfixed. I assumed everyone in the Portuguese world spoke as the people on the radio, who sounded like nasal vampires with swishy “sh” sounds and a ghoulish cadence.
The language is really something for the ears to behold. Long ago I was in Brazil for three months and I learned some Portuguese, but I learned a Sao Paulo dialect that nearly everyone speaks (and few admit) which is a crunchy, sing-song, maybe irreverent way of speaking. Bringing that to Portugal was awkward, as out of place as a Chinese guy in a bar in Eastern Kentucky saying, “Top of the day, Gents! I’m feeling right peckish! Might you have some crisps?” but with worse grammar. 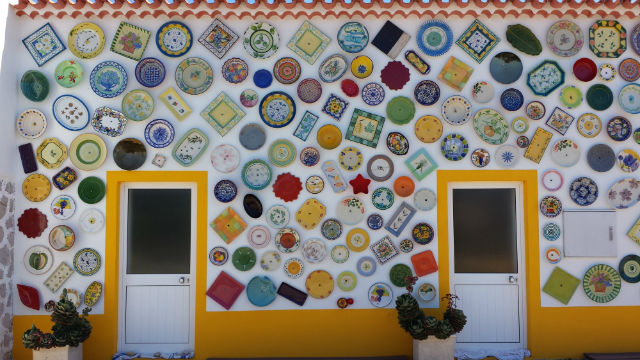 Before I came to Portugal I told my Portuguese friend (why do I have only one Portuguese friend? I have a theory about this at the end) that I had low expectations for Portugal. I hadn’t been in 22 years and I imagined it to be Spain Lite or I don’t know what. I didn’t know enough to form an opinion (which doesn’t stop me from forming my wacky theory later.)
The countryside felt like home. The land is very similar to California, right down to the vineyards. In fact, my grandfather grew grapes in the Central Valley and in Portugal they do the same trick of planting a rose bush at the end of a row of grapes because it shows the health of the vines: a sick rose means the vines are in trouble. 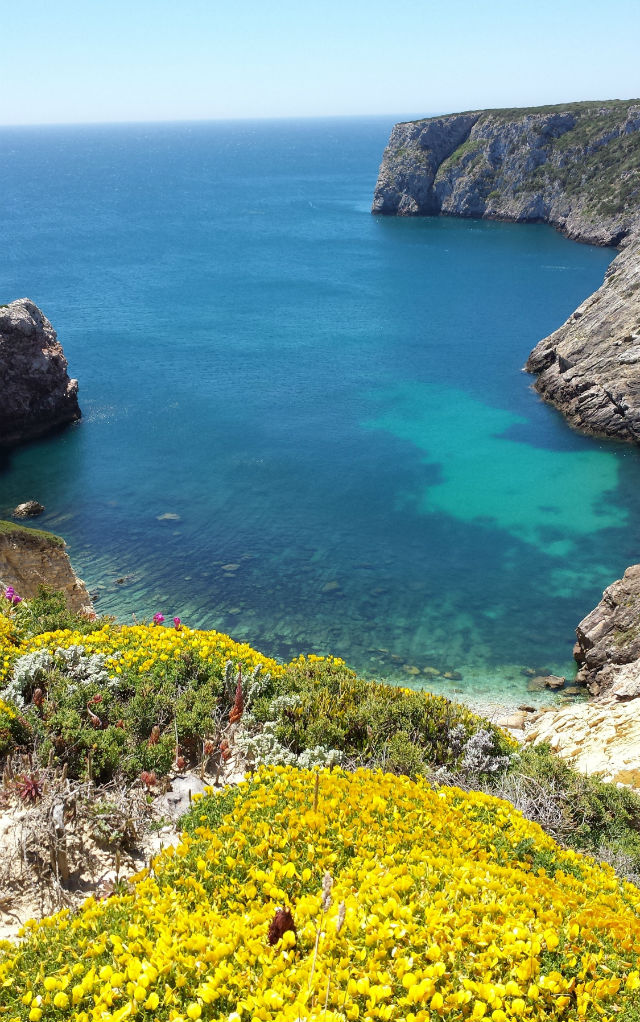 Hitchhiking around what was once The End of the Known World I came across the whole gamut of who populates the Algarve coast now. First it was a German woman who has lived in Portugal for 20 years, then an old Portuguese man in a sputtering car, then a Finnish family visiting the patriarch who had been living here but had a story that was only murmured to me in the backseat, much of it involving Cuba.
A vacationing Irish couple pitied me frying in the sun and drove me a distance. The man’s first question was, “Are you ready for a Trump presidency?”
I laughed and asked if he thought it was a sure thing, but he was serious to the point of bitterness and tersely replied, “Of course!” 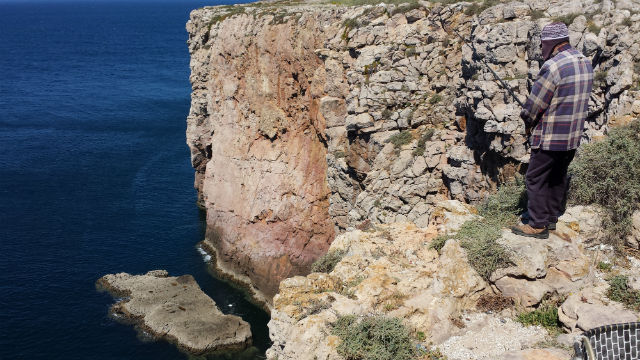 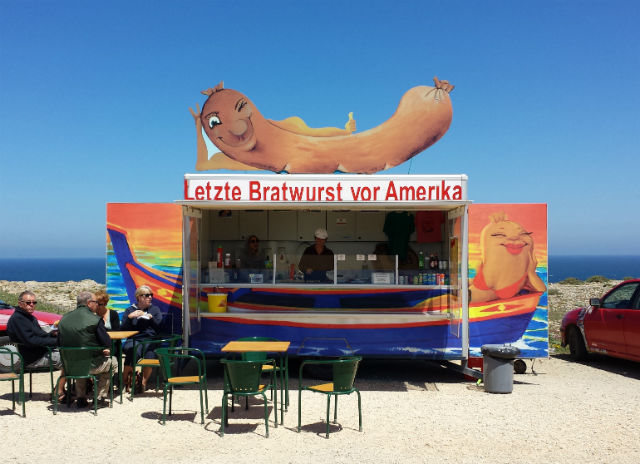 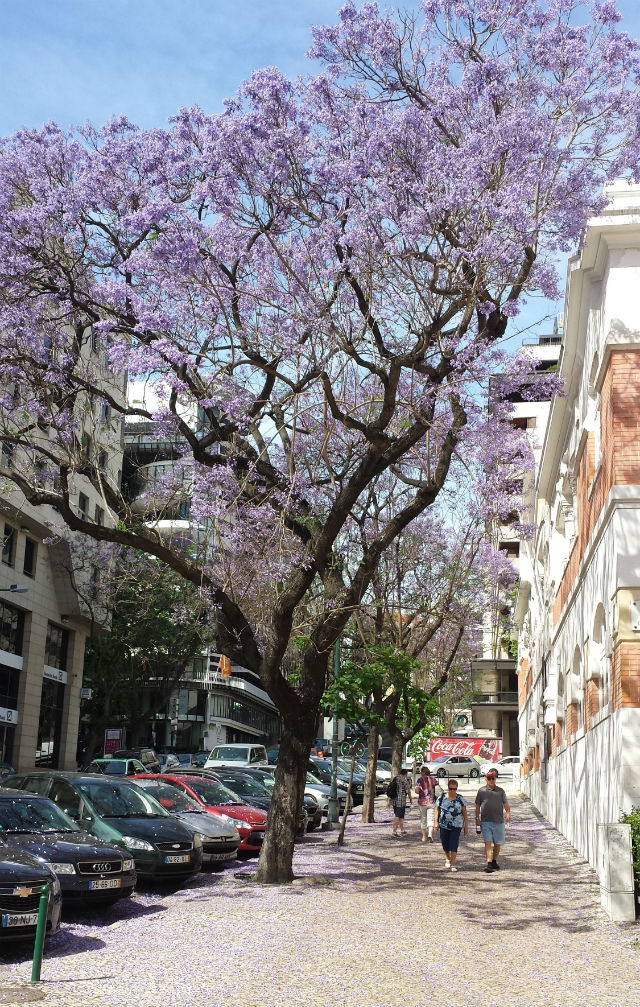 I had no idea Lisbon had jacarandas, one of my favorite trees. They make a sticky mess on the ground and on tops of cars, but that’s not my problem. 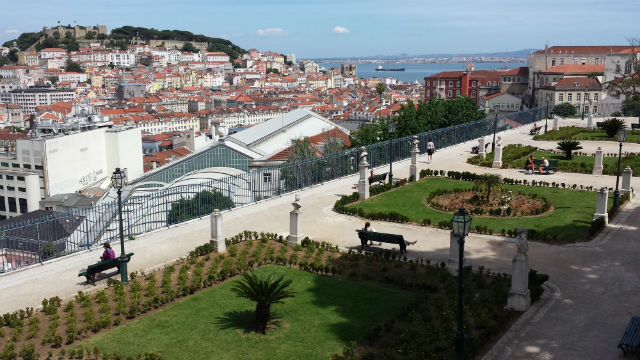 Just one of many ho-hum Lisbon views. 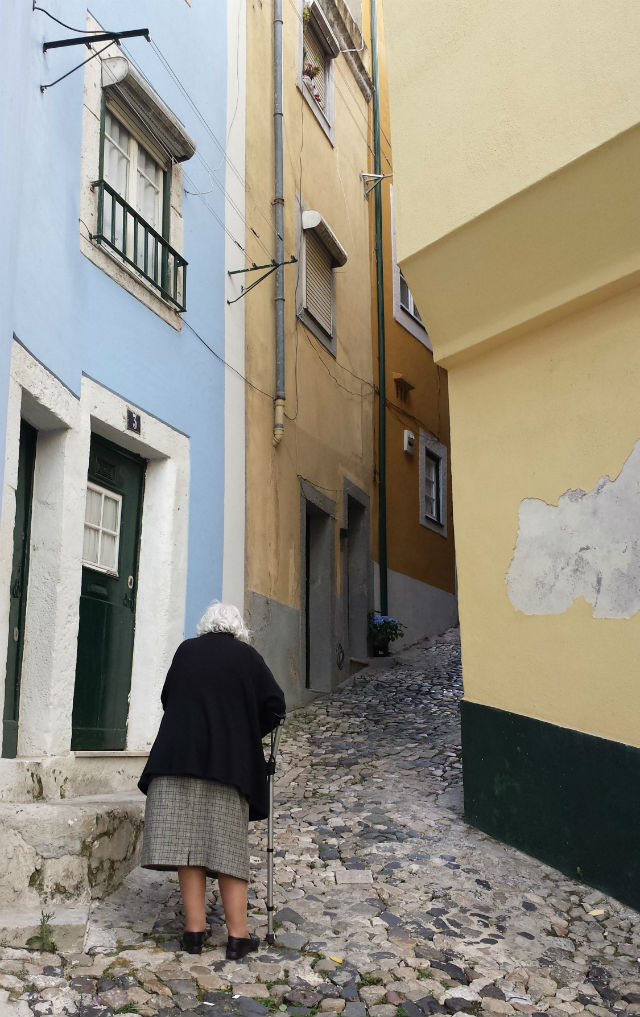 I feel for old people in Lisbon who have to negotiate these steep stony streets. Old people, though, seem to have pep beyond their years and are as laid back and good-natured as everyone else. That said, Portuguese are not morning people. Everything starts late; Spain maybe even more so. 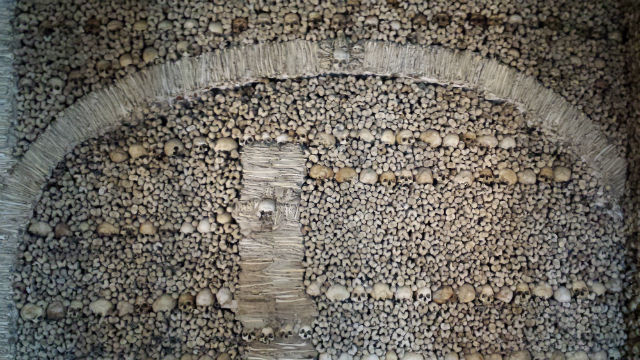 A chapel decorated with thousands of bones. in Evora, Portugal. 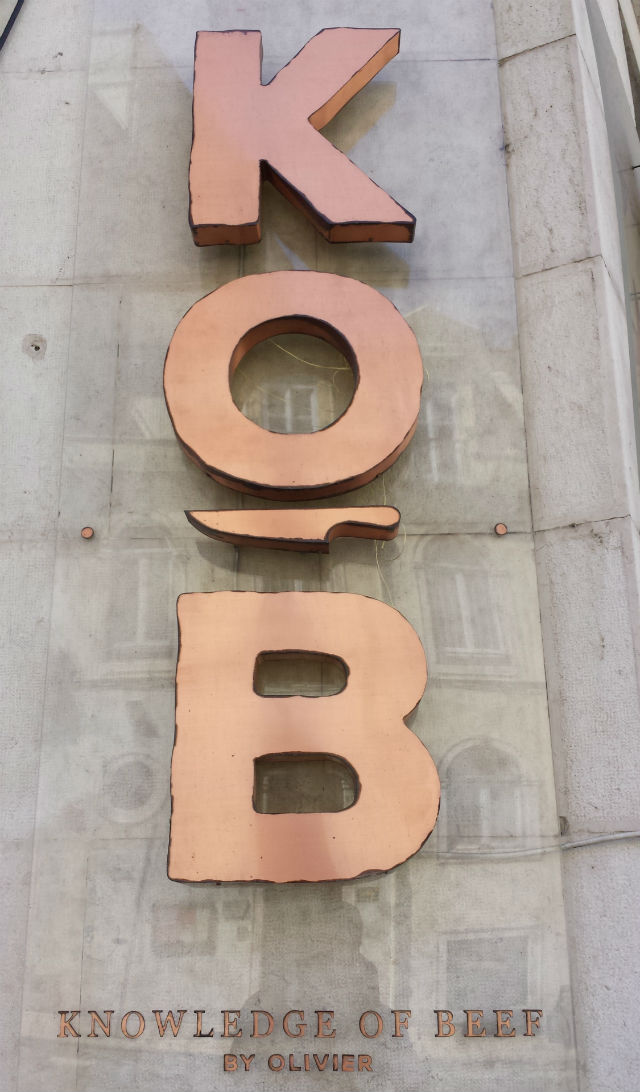 I intensely hate this restaurant name.

Why do I have only one Portuguese friend? The companion question to this is why don’t Portuguese travel? My only Portuguese friend I met in Syria, of all places; a true freak.
Since traditions live strong, I think the collective attitude is, “we discovered the world, it’s all been done, and now we will stop traveling and rest,” and they have been resting for 500 years now. How is that for a theory? Stunningly scholarific, right?
One can hardly blame them. I loved Portugal. From my eyes it was Portuguese culture on top of California land, which should be OK in anyone’s book. 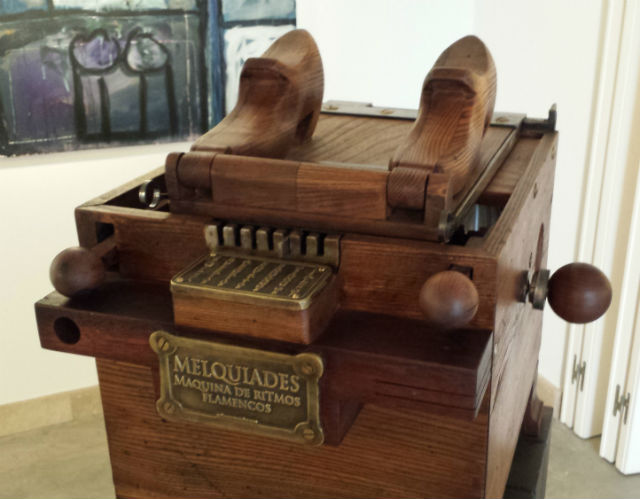 It pains me to look at this photo, and not just because it is blurry. This is a machine in the Flamenco Museum in Seville, Spain. It has a crank in the back and you can adjust the front setting depending on which kind of flamenco you want, and the wooden feet move to that rhythm. It’s the coolest thing ever. The problem is that this should be a video, but I can’t take video and crank it myself at the same time. This is why I have 3.5 billion ideas for video but can’t do it by myself and no one in their right mind has the patience to work with me. Frustrating. 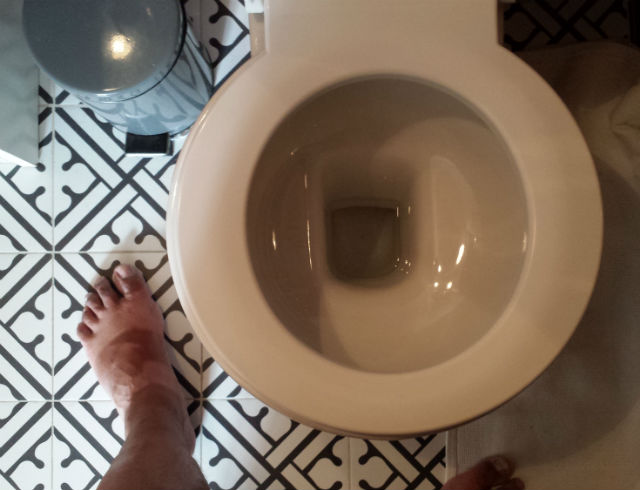 I stayed with a Couchsurfing host in Lisbon and they had this fabulous toilet. It’s wider than it is long! Incredible. Couchsurfing was very hard to manage in Portugal and Spain, but I found enough Airbnb deals to not mind. I don’t think I ever paid more than 15 euros to sleep anywhere, including Airbnb’s persnickety fees.