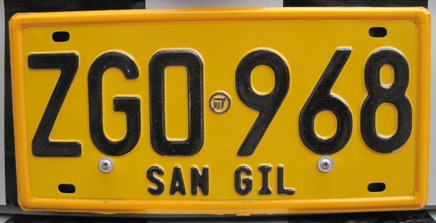 One month on the road as of now, but it hasn’t been much road.   On the one hand I am a little embarrassed that I have stayed in San Gil so long.   It goes against the norm for me, and I feel like I haven’t accomplished much.

On the other hand, being in one place for a while gives me some depth of the place, whether real or imagined is hard to say.   I wish I had met more Colombians, but the ones I spent the most time with, Sam and Eliana, were fountains of information and they patiently answered all my stupid questions.

I did hone my poker skills.   I came in 2nd place in the last tournament. (I lost it on the river. Someone hand me a guitar.   I got a blues song in me that needs to come out.)

Another benefit of staying a while in the hostel is you get to know people who are experts in their field. There was the Dutch professional writer, The British computer genius, the American who hiked the entire John Muir Trail and the Norwegian guitar hero.
My expertise?   Finding the cheapest fruit.

I wouldn’t have stayed so long if the hostel wasn’t great, tempermental hot water, creaking doors and Sam’s stubborn refusal to sell BBQ teriyaki tofu aside, though even in the best of times sleeping in dorm rooms is a challenge.   Sam gave me a poker chip key fob from the hostel and his unflappably serene brother, Javier, gave me a goodbye candy bar.

Sam booked me for only 25,000 pesos on the “best bus” to Bogota, he said, which to me is code for “coldest bus”.   Luxury=hypothermia in tropical countries.   I dug out the jacket and was still a human popsicle in the rolling walk-in freezer.

My toiletry bag is a mess after this ascension to 2600 meters, which reminds me, not many people know this, but the word “Bogota” is an ancient Indian word meaning “High Land of Exploding Shampoo Bottles”.
No one else laughed either.

I have a friend working for a Turkish welding company–I know, who doesn’t?–and he thinks he can get me an Iranian visa.   If he can pull it off, I’m going, even if it is in the middle of the Middle Eastern summer.