My bag is too heavy for the desert heat of the east so I’m shedding clothes faster than at a summer camp in Sweden. Feels good to be lighter, but for some reason I brought white pants to Africa, which is plain wrong. I may as well be wearing a pith helmet and affecting a British accent, too. You can tell how long someone has been in Africa by the shade of brown of their clothes, but in white I’m a mess by noon. 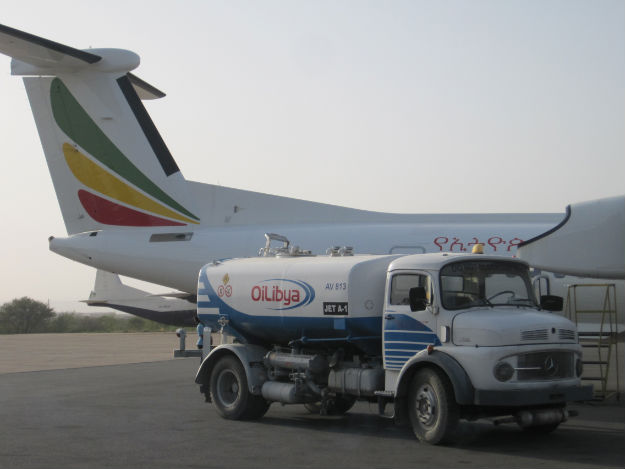 My plan is to go to Somaliland and then see how I can leave because I don’t know how to get out of Ethiopia. (I came on a one way ticket.) No option is good. The Sudanese want $200 from Americans for a two week transit visa, which I refuse to pay. Eritrea is a dead end in every sense of the word and the border is closed. The long march to Kenya overland is possible and seemingly safe, but involved convoys and is not a cheap and pain-free way to go. Djibouti doesn’t have much attraction since it’s at least $30 a night to sleep there and I can’t get to Yemen. (I met a Japanese couple that went between the two in a 20 hour, $30 boat full of cattle and sheep. They have a great website even though I can hardly understand it; you can just tell: www.tekutekusekaitabi.com which means “very slow world travel”) It would have been cool to get on a plane delivering khat to Yemen.
Somalia is a no-go, but Somaliland is a breakaway republic on its northwestern end, next to Djibouti. No country recognizes it, but Ethiopia has a diplomatic mission there so I could return if need be. I am wondering if at either of its two airports, Hargeisa and Berbera, I can get a flight somewhere by hanging out with the right pilots or something. Berbera is especially intriguing as it has one of the longest landing strips in the world. The Soviets built it and then the Americans used it for the space shuttle. Since Somaliland doesn’t have post offices to hang out at, let alone a postal system, I plan on loitering at airports in Somaliland. It may turn out to be not that kind of place, but no stone will be unturned, no lead unfollowed.
I recently learned two interesting things if I come back to Ethiopia:
1–flydubai.com just announced they are starting flights between Addis Ababa and Dubai for $254 one way, all in.
2–To fly between Jijiga and Dire Dawa, about a four hour bus trip, costs only 157 birr, or about $9.50. That is safely lodged in the back of my brain. I want to take that flight on principle. How much is the world’s cheapest flight? 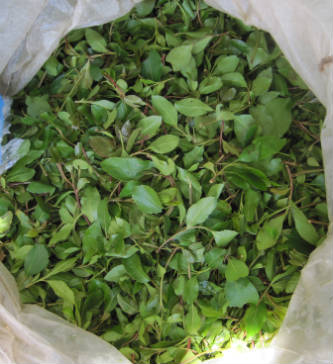 I wonder if Somaliland produces anything, or at least more than here. Ethiopia has 82 million people. Is there another country so big that has so little industry? Why does the chewing gum come from Saudi Arabia? The crackers from Turkey? The satellite TV from the Middle East? Even the tea from Sri Lanka?! I read a reason why there are less coffee beans and tea grown here. They are being supplanted by khat, a much more lucrative cash crop. A guy who studies it told me that in Bahir Dar alone, $100,000 worth of khat gets traded daily.
Khat (pronounced “chat”, also spelled “qat”) is a plant that gives a slight narcotic high if you can get past the bitter taste of its leaves I (so I am told. I am going to try it soon.) It is grown all over Ethiopia in its rich volcanic soil and exported daily since it is a perishable crop only best when freshly cut. Yemen and Somaliland are eager customers.
I read in the Lonely Planet that everyone takes khat in the afternoon and figured it must be an exaggeration, but no. I’ve already learned that if I want to accomplish something, I do it in the morning before the khat siesta sets in.
I also read that khat makes you alert and energetic while suppressing hunger, but I only see everyone wasted and passed out on the street. People find some cardboard to lay on and then they chew until they fall asleep. 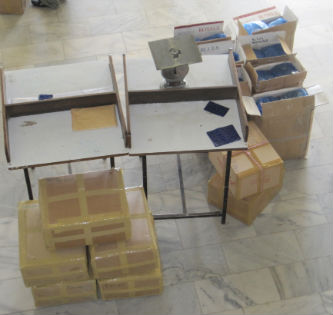 In the post office are boxes and boxes of khat for international EMS delivery. This is a small sample from a surreptitious photo I took in Dire Dawa. I saw they were going to places like England, Australia, and China, all to Ethiopian names. I like the one guy whose address included “International Exchange Student”. He must be pretty well off, because every box weighed 9kg and cost 1415 birr (about $85) to send.
I asked the EMS guy in the Dire Dawa post office if he felt it was unfair that everyone got to chew chat in the afternoon while he had to work, and he said, “6 o’clock! I go home and then I have khat.”
Khat’s not cheap. Harar’s khat is reputedly the best in the world, but there has been a drought and with other factors, an afternoon’s plastic bag worth of leaves cost about 30-50 birr ($2-3), depending on the quality. That’s a lot of money for an Ethiopian.
I spent an afternoon with Sylvie, a half Belgian, half Ethiopian who I had ask out bajaj driver why he spent 30% of his income on khat, not to mention the rest of the money on beer and “flirting”. He said he had no family, no wife, and it isn’t his culture to save or buy extra food. I am always curious about how people live their lives, and Sylvie was game to ask. Plus, she knows stuff. That’s a reason to do Couchsurfing: to understand things you see.