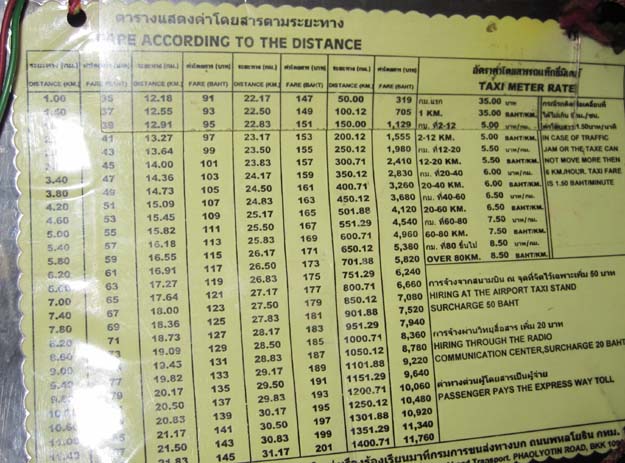 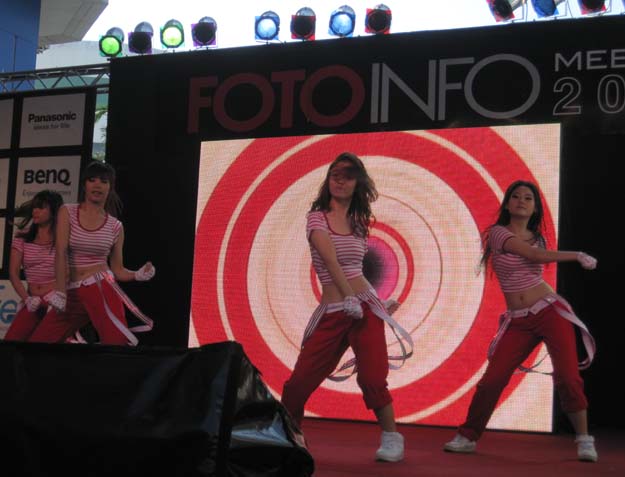 I didn't REALLY want to attend this, but I thought I should be a patron of the arts, you know, provide some support. Actually, this was on the street in front of the MBK mall in downtown Bangkok. The better picture was if I had turned around and took a photo of all the other men taking photos.

What can be said about Thailand? I go on and on about Malaysia being one of my faves, but there’s something I can’t explain easily about Thailand that makes me always want to return. Only if I am away from it for a long time do I have dumb thoughts that it isn’t fun anymore because too many people are here ruining it, but if that were true, this wouldn’t be my 15th or 20th visit or whatever it is.
My only real frustration with Thailand is that it is hard to communicate. Very few people speak English well and on the streets I have so many impulsive questions about how life works here that remain mysteries. I can sorta/kinda speak Thai–but not really. Hardly at all. I speak better Malay, but both are at a painful “My hovercraft is full of eels” level of proficiency. 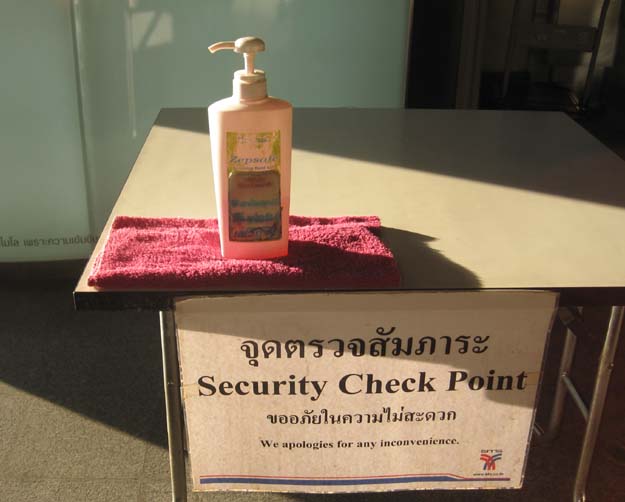 Part of the security precautions for the subway are prostate checks, but can it not be done in front of everyone? 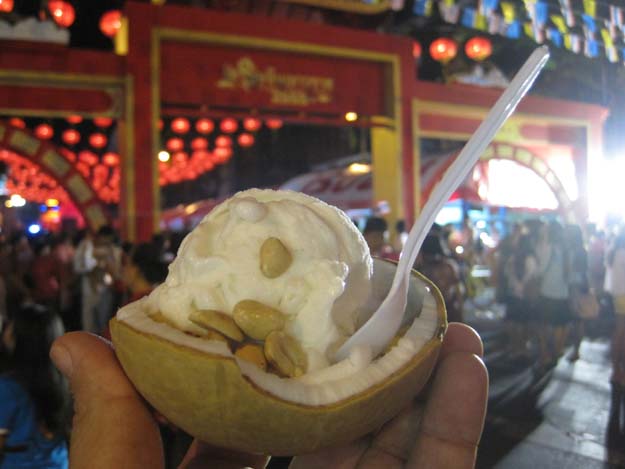 Ice cream with young coconut in Chinatown for Chinese New Year, another fun Couchsurfing 'meeting' of 25 people snaking their way through the crowds. 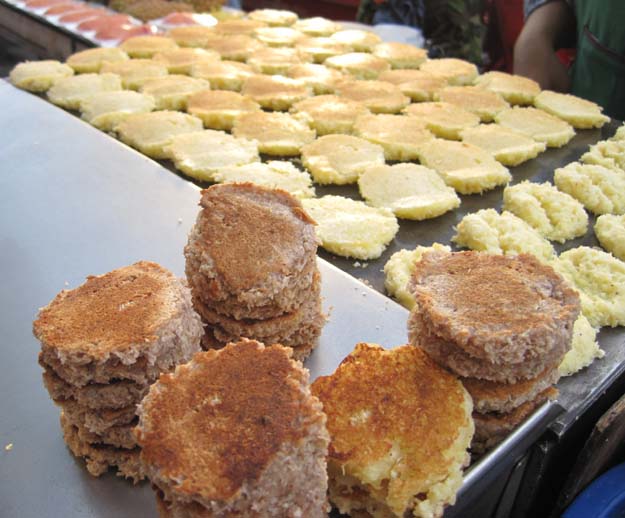 Coconut and taro pancakes. These are hard to walk past when I see them. Ten for 20 baht, or 64 US cents. 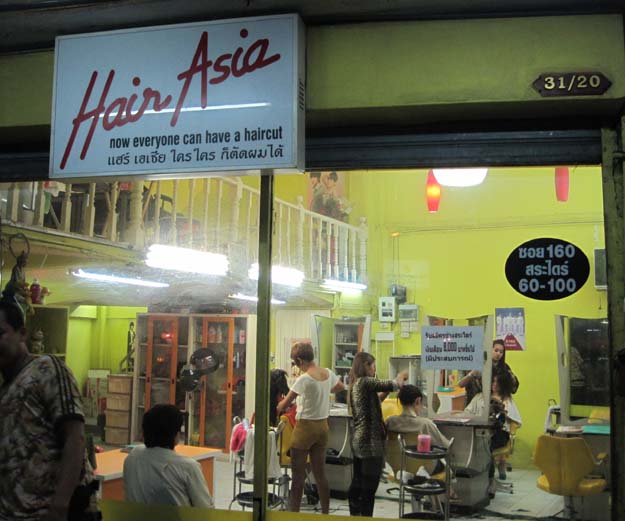 Thais are clever, I'm telling you. I like this sense of humor. 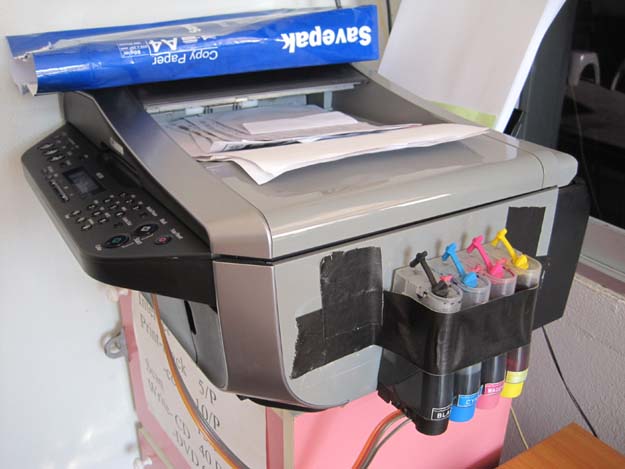 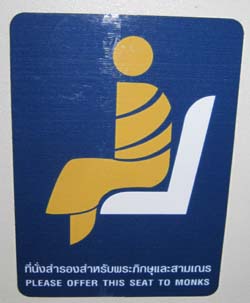 An only-in-Thailand moment for me occurred when I took a van to go to a trade show north of Bangkok. The van acted as a public bus and had about 12-14 passengers. To collect fares, the driver merely passed a plastic cup around. The implications of that seemingly insignificant gesture are enormous, I say. The reason I have never seen it anywhere else in the developing world is that there’s not the same level of trust nor maybe of collective will. Someone would try to get away with not putting in the right amount and then there would be arguments and recriminations. I am making a direct link from this van to why Thailand is a cohesive society.
Then again, right now, politically, this country couldn’t be more divided, so maybe I have no idea what I am talking about, as usual.
Wait, one more small thing about Thais that I will blow out of proportion: in Bangkok they will let others get off the metro before boarding, very unlike what goes on in my beloved Malaysia, and they will give up their seats to women. This isn’t common in the region. I was surprised to see one delinquent-looking young punk get out of his seat for a pregnant woman, though I had to pull rank and shove her aside so I could sit. I had a long morning of blogging! I was beat!

Not everyone loves tourism 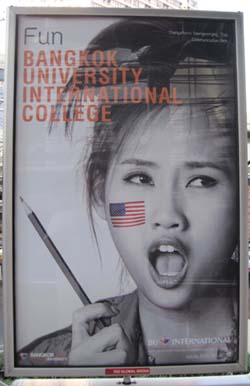 This isn't a good example, but it is one of the few ads where Thais don't have a deathly white skin color. It maddening to see so many fair-skinned Thais on TV, all the skin-whitening creams, etc. Black is beautiful, peoples! 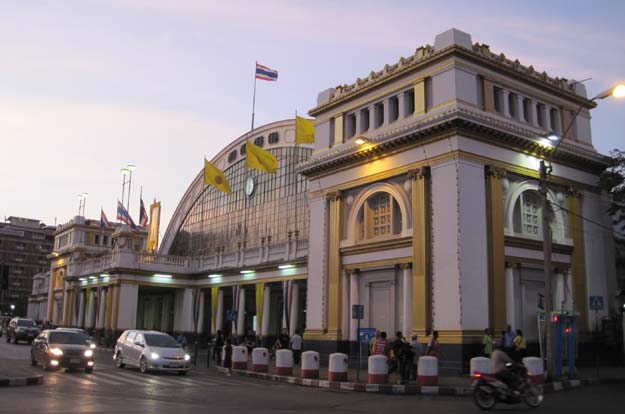