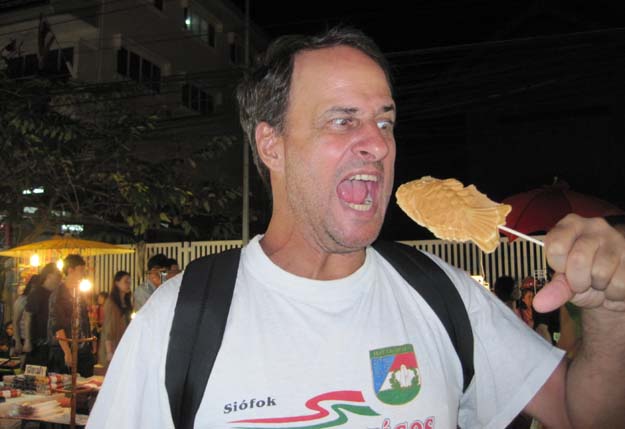 Man vs. Fish. No contest.

My favorite thing about Thailand might be how the streets undergo a massive transformation in the night with food stalls springing up everywhere. The night markets in northern Thailand that I went to (Chiang Mai has two different Saturday and Sunday markets—avoid the daily night market!—Chiang Rai has one and even slumbery Lampang has a fun Friday market) improve on the concept with more innovative food choices combined with artisan crafts and live music.
The scale of everything is pleasantly small so one can sample half a dozen cool little foods. Certain North Americans reportedly might have pushed it closer to a dozen. The handmade crafts, too, are small, cute, clever and inexpensive, making it hard to justify not buying something.
And then, this being Thailand, you always see something you don’t expect. Have a look at the videos below. 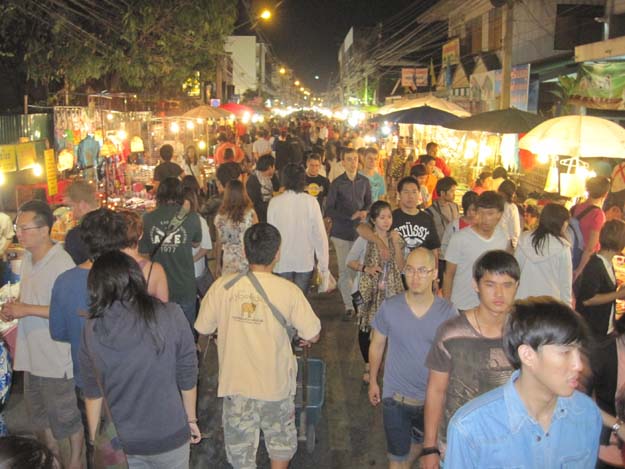 The Sunday Chiang Mai night market. It is still this busy past 10pm.

This is a funny video of an acrobatic tea pourer who doesn’t seem to spill much, less than two minutes long. This is popular in Malaysia, but it’s hard to find guys who do it with this much flair.

Some video of the blind band I mentioned in an earlier post that played, “It Never Rains in Southern California”, also less than two minutes long. 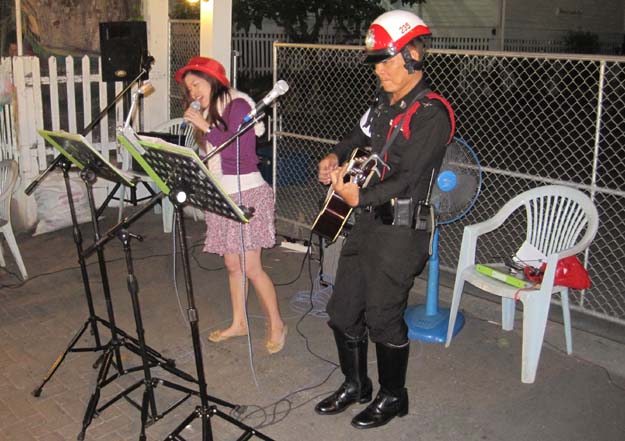 Policeman on guitar. In how many other countries would you see this? 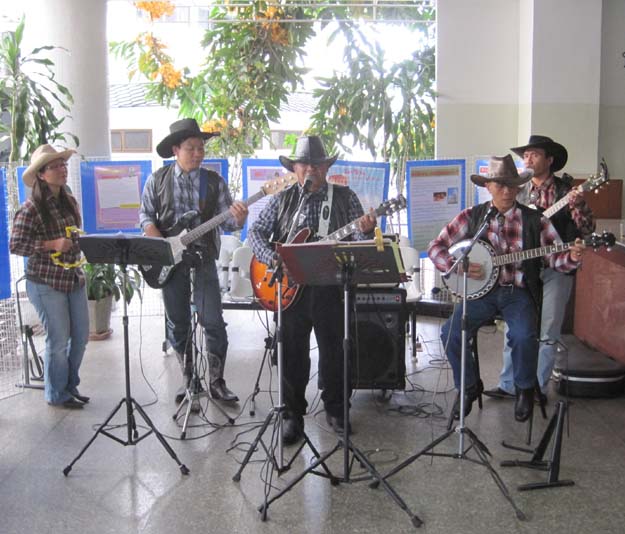 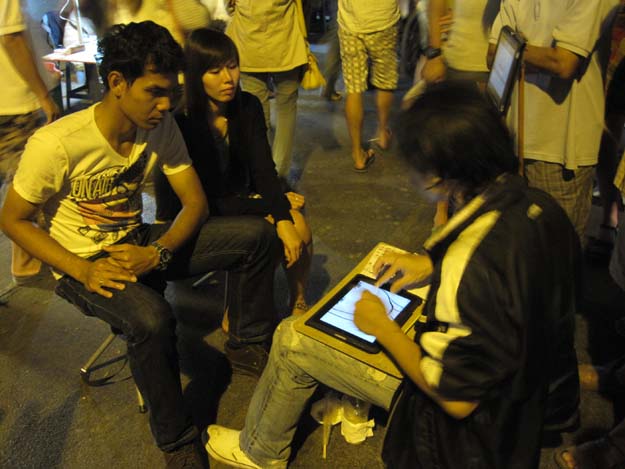 How is this for being versatile and creative? A street artist using a tablet to sketch people. 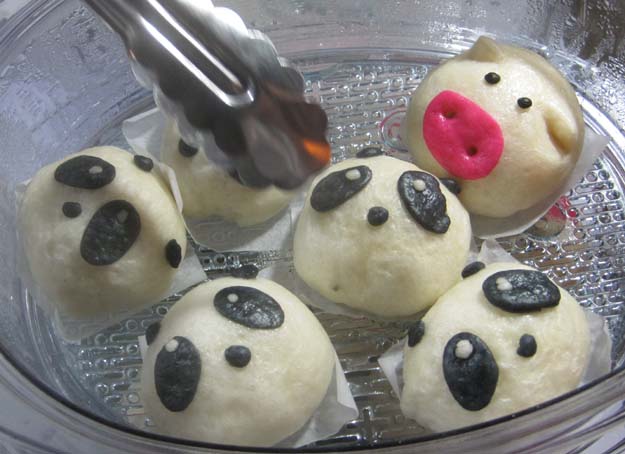 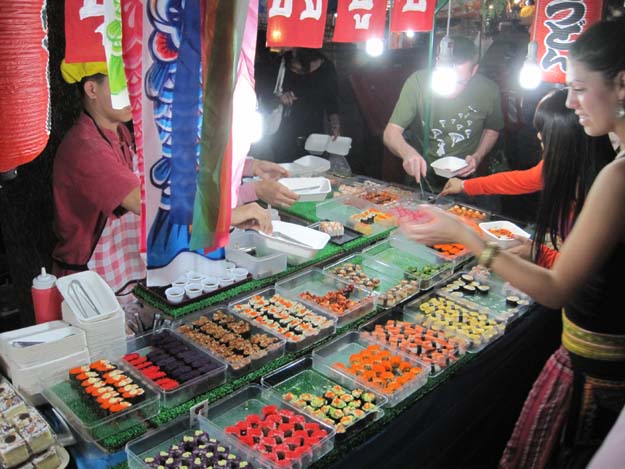 I would normally never try this---Sushi? Outside in the tropics?---but it was only 5 baht (16 cents) a piece and the eel was pretty good. 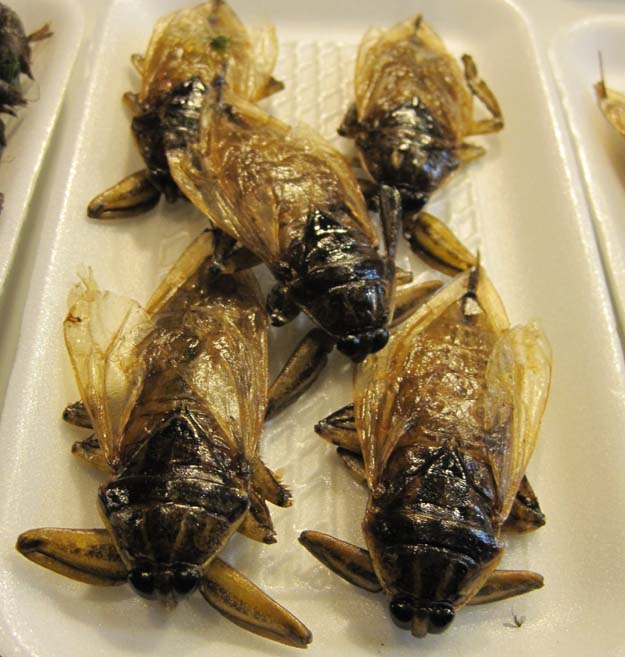 Fried insects as a snack for sale. The sushi was looking better all the time. 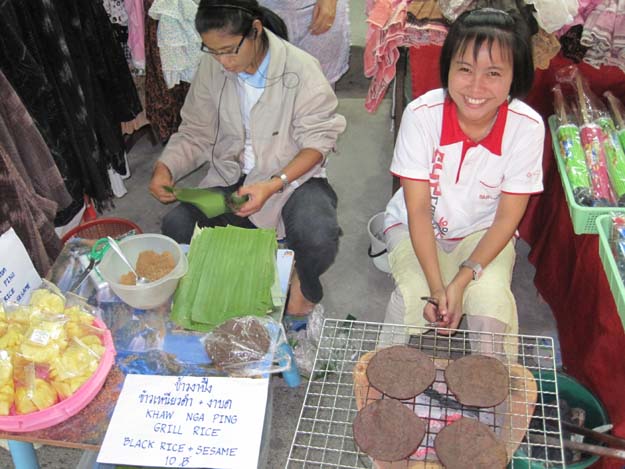 Black rice and sesame snack rolled up with brown sugar inside, about 32 US cents 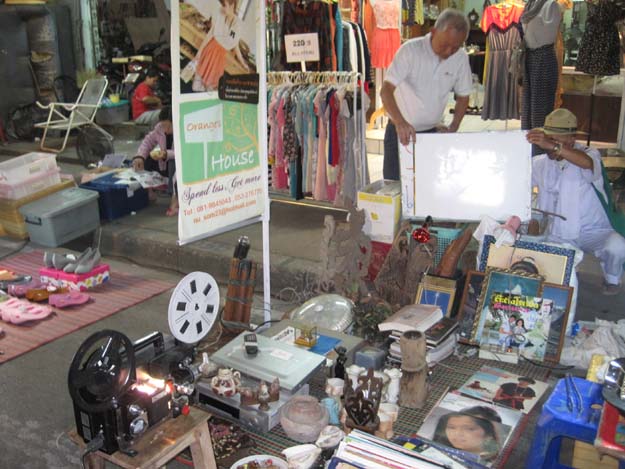 A man showing old French home movies of a trip to Egypt. Sure, why not?