I was first in Ubud 21 years ago when there was a resident mad artist named Antonio Blanco. Pico Iyer wrote about visiting Blanco in his book that made an indelible impression on me, “Video Night in Kathmandu,” so, naturally, I made the pilgrimage to see him, bringing with me a pretty Dutch girl that I had happened to meet the day before. Blanco took one look at her and for some reason started sketching dress designs that would accentuate her figure, which needed no embellishment, but I bit my tongue. At the time I regarded him as just a doddering eccentric, but since his death he is of some renown and I wish I had saved those sketches to sell on ebay.
OK, so it’s not much of a story. The next one’s better.
On the same trip I saw three kids outside their home and took their photo. It’s a photo I’ve always liked and had an extra print made to keep closer at hand rather than buried in a photo album. Two years ago I was planning a trip to Asia and I anticipated I might be in Bali again, so on a whim I brought the photo with me. Once I made it back to Ubud the first thing I did was to look for the kids, showing the photo to people of a certain age, and with extraordinary luck it took me less than an hour to find the house!
I stepped inside the family compound and one of the girls—now a woman—was there. You can imagine how shocked she was to have a foreigner show up with a 19-year-old picture of her. I gave her the photo and she told me to come back later to see her brother and sister. When I did, they already had their best clothes on and we took a new photo outside the house in the same place. 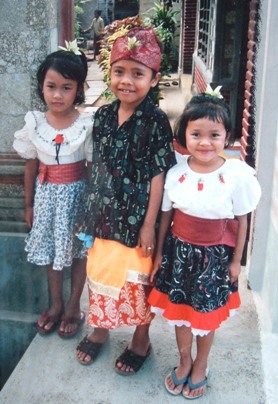 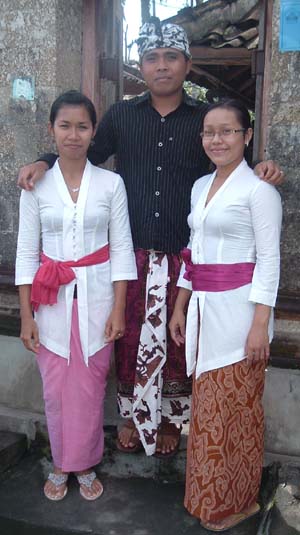 I went white water rafting on the not-so-mighty Ayung River north of Ubud. I like rafting as much as the next person, but it has never been the same for me since I went down the Zambezi River in Zimbabwe. I was on one of the last rafts of the season since the water was dangerously low. A week later, a tourist group insisted on running the river and was willing to pay big money to do so. My guide couldn’t refuse, and in treacherous conditions, he drowned.
By the way, this is the same Zambezi where earlier this year an Aussie girl went bungy jumping and her rope snapped—and survived. When I was there, they were just starting the business and to drum up customers, they told girls that if they went topless they could get 50% off, and if they went naked, they could go for free. 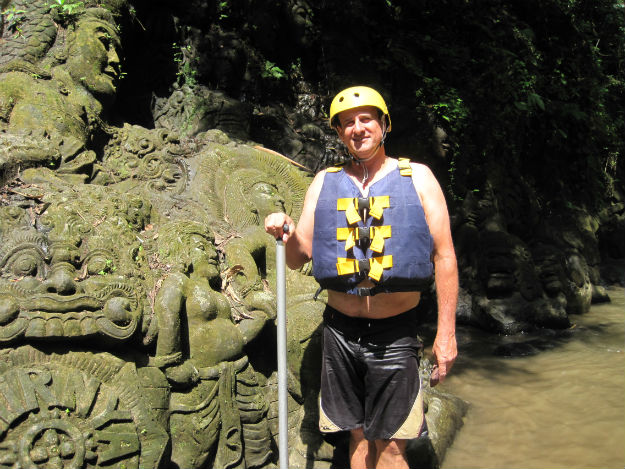