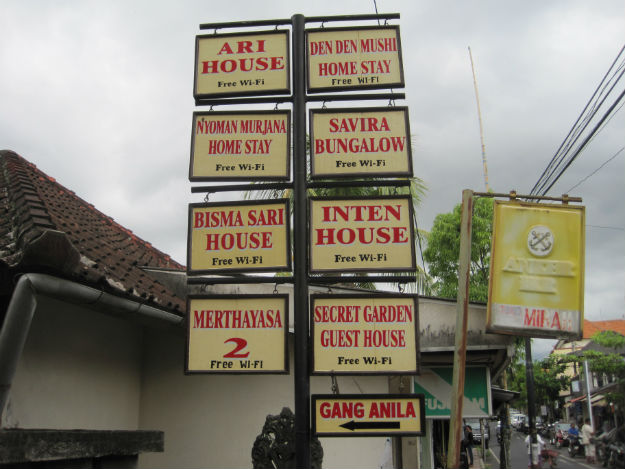 Free wifi is God. We can all agree on this by now, right?

You can engrave it in stone…

…or carve it in wood.

I was in transit in New Delhi airport. My Air India flight to get there was delayed four hours and then my next flight was delayed four hours. I asked the agent if there was an explanation and he simply replied with a cheery, “We’re always late!” (It reminded me of the story of the Indian stationmaster at a suburban station where the trains always ran late and the one day he ensured that the train left on time, everyone missed their train and the angry mob beat him up.) For both delays I was given free food to mollify me, to my shame. If at the Boston Tea Party the British had said, “Yeah, look, we’re really sorry for all the taxation without representation, but for your inconvenience how about a voucher for some free gruel before we send you on your way?” I would have been cool with it.
Anyway, in the airport I met a tall, blonde British girl named Stephanie. The skin on her face was so amazingly flawless and blemish-free that it looked cartoonish. I usually don’t pay any attention to skin, but I found myself staring hard at her. I might have had a thin, bubbling film of wonder on my lips.
I asked. She said she puts honey on her face and then bathes using a combination of honey, olive oil and lemon juice on her body.
When I stopped staring at her face I noticed she had equally amazing, lustrous hair. I asked about that, too, and her secret was to rub in mustard oil.
If I had seen Stephanie in California, I probably wouldn’t have talked to her. Too awkward. She’d have reflexively been reaching for her pepper spray and I’d have to evaluate if this was somehow violating the terms of my parole. Too messy. But traveling? I talk to everybody for any reason.
Now I am in another place where I notice nice skin: Bali. Must be the humidity. It’s my fourth or fifth time in Bali, maybe my sixth time in Indonesia. It’s a vastly underrated place, easily in my Top 10 of favorites. 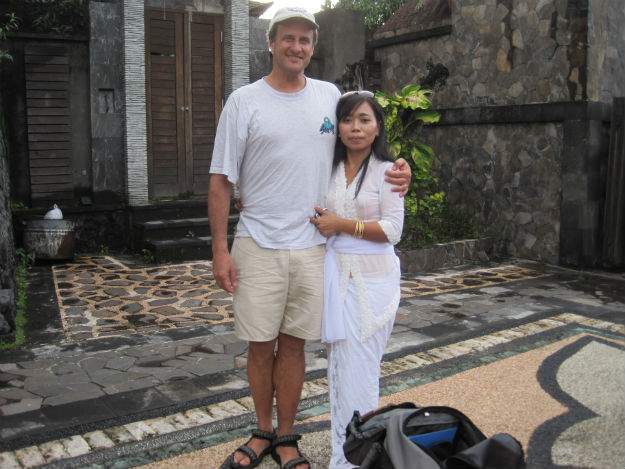 This girl picked me up hitchhiking. Balinese women often dress like they are headed to a ceremony probably because they are headed to a ceremony. In Bali the festivals and ceremonies are endless, which is part of its charm. I always see people making little offerings or weaving something from plants and wonder how people earn money or when they work.

I’ve been hitchhiking all over, from Ubud up to Lake Batur and back, and down through the southern peninsula. It’s been easy. It’s easy everywhere in Indonesia I have ever tried. It’s so easy that last time here I had an all-time experience: a couple stopped to pick me up who were driving home from the hospital with their newborn baby. Where else in the world would that happen? Did you know that in Bali a newborn baby doesn’t touch the ground for its first three months? (Students, you can drop out of school right now because TheDromomaniac.com is free education.)

Funny story that would be funnier if I knew how to tell a story:
I made a beeline to my favorite restaurant in Ubud, Puteri Minang, on the main road just near the post office. I sat next to a French girl at the table closest to the cash register and I overheard the owner take someone’s bill and say, “23,000…euros (instead of rupiah)!” I said to the girl, “That guy has been making the same joke for years.”
She said, “I know,” and pointed to a paper taped to the wall, a printout that looked like a restaurant review. I leaned closer to look at it and said, “Hey! I wrote that!” The owner had printed part of my blog last time I was here. 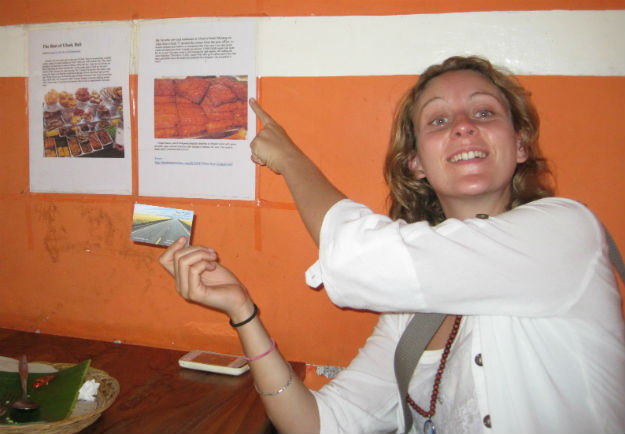 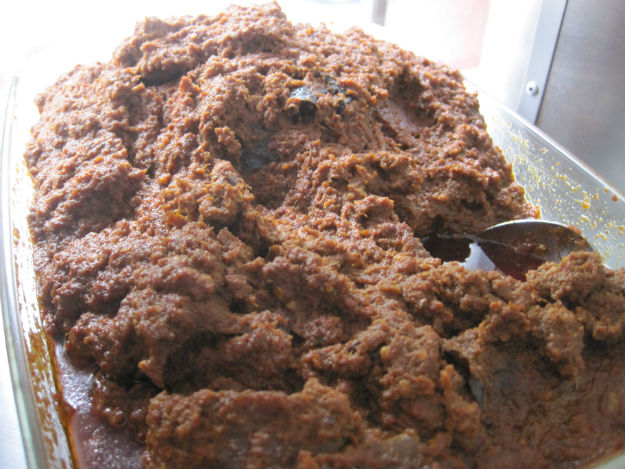 Beef rendang. This tastes the opposite of what it looks like. I was taking photos of food when another traveler said derisively, “Oh, are you one of those (people)?”

Ubud, now famous from the book and movie, “Eat Pray Love”, has become a mecca for older female travelers. I’ve never seen women outnumber men to this extent anywhere. A manifestation is that now central Ubud is almost completely saturated with fifi restaurants. It’s hard to find a place where normal people eat. I love succulent tempeh satay in a heavenly rich peanut sauce infused with potent wifi as much as anyone, but can I have a rough edge once in a while, a simple warung (food stall)?

This says it ALL about Ubud. 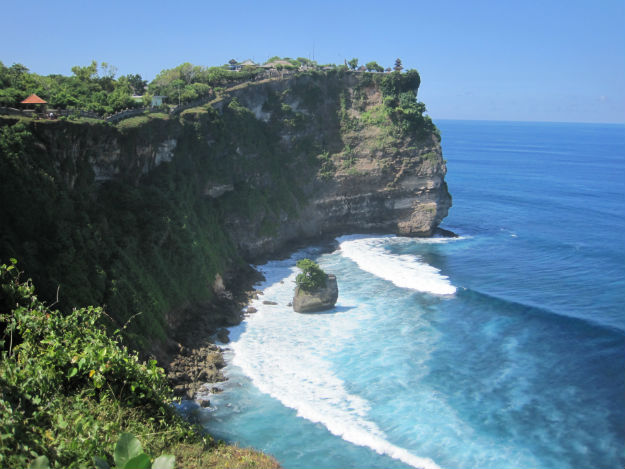 I hitchhiked to the far southwest corner of Bali to the temple on the cliffs of Uluwatu, and when I came back, two local Aussies picked me up. The driver said that the last hitchhiker he took was a stunning Russian girl. “In fact,” he said, “I’m going to leave you in the same place I left her.”
I said, “Good, I hope she’s still there!” but he shook his head and said, “No, she was really messed up.” She had just come out of a high-end rehab center specially for Russian heroin addicts and wasn’t quite right. (I forgot to ask about her skin.) He went on to say that the Russians now have a “presence” in Bali. It’s funny that we all know what that means.
For the first time I have noticed Russian travelers. Many have yet to adjust to the heat judging from their lack of clothes, which is downright startling. Even more spent are the big Chinese tour groups—also a new entrant to Bali—who stagger around dazed in the midday heat. 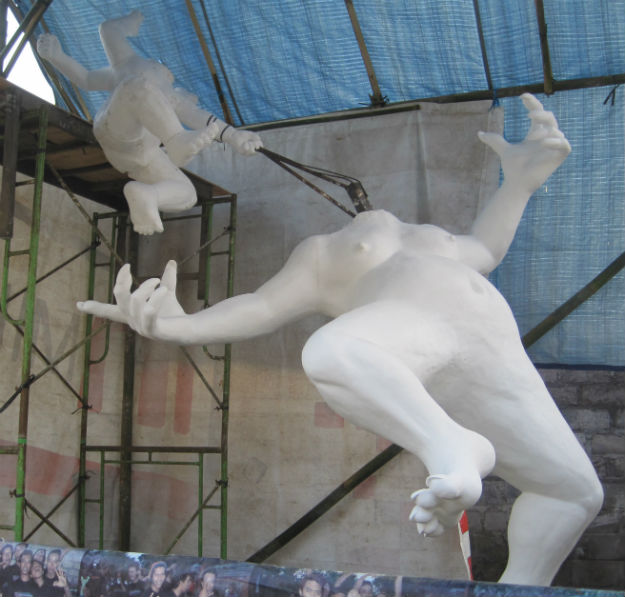 A Nyepi project. Some people say it is a work in progress. I say it is already a masterpiece.

At the end of the month is Nyepi, the day before Balinese New Year. Absolutely everything shuts down, there is no public transport of any kind, no one goes outside, and tourists aren’t supposed to leave their hotels. It is taken so seriously that they even close the airport for the entire day. Is that not the ultimate sign of importance and devotion? What other place, especially one so dedicated to tourism, would do that? You’re not supposed to watch TV or cook during the day or do anything but sit around with your family. I asked one guy what he would do and he said, “Gamble!” 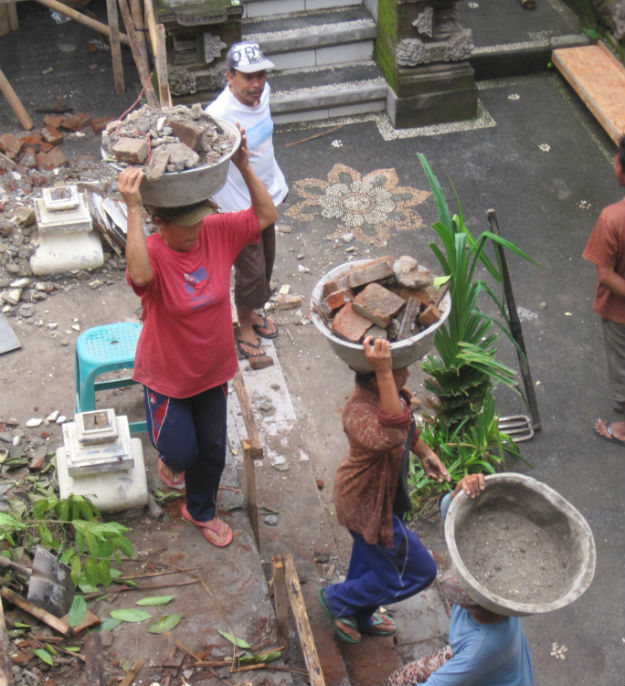 We all love Bali, no one has anything bad to say about it even as we bemoan the traffic and congestion, and yet the casual attitude towards littering and women doing the heavy work is disheartening. I see this all over Asia, but in my idealized Bali, it offends. (though obviously not enough for me to actually do anything about it.) A Balinese woman I know shrugged when I asked about it. She said if a woman gets married, she must move out to the husband’s house and the son will inherit the family house. Carrying big loads on your head is just one of a series of injustices. 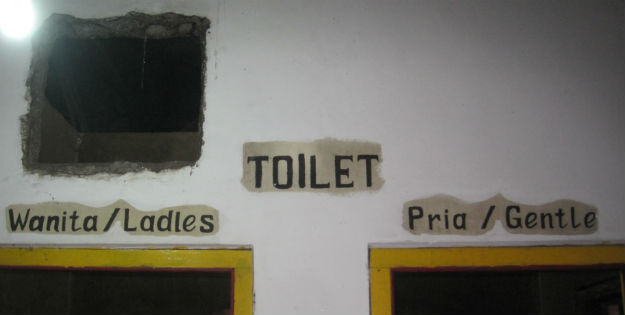 Every time I am in Ubud I must mention the story of how I found three little kids 20 years later. When I tell this story to Balinese no one thinks it is interesting, probably because the family home is eternal. Everyone knows everyone, no one moves permanently, so where else were they going to be?
PRACTICAL INFORMATION:

View from the crater at Mount Batur, 6:15am. You can’t climb Mount Batur without a guide even though it is 10,000% unnecessary. Down by Lake Batur there are two official offices where you can get guides and they have prices posted, but they’ll try to rip you off anyway and claim that is it a per person price and not a group price. Our worthless guide drove us as far up the mountain as he possibly could in his motorbike (we didn’t realize we long passed the normal starting point) and it took no more than 45 minutes to go up to the crater. I think it’s absurd to hike in the dark with flashlights for the sunrise, but I am in the minority about this. 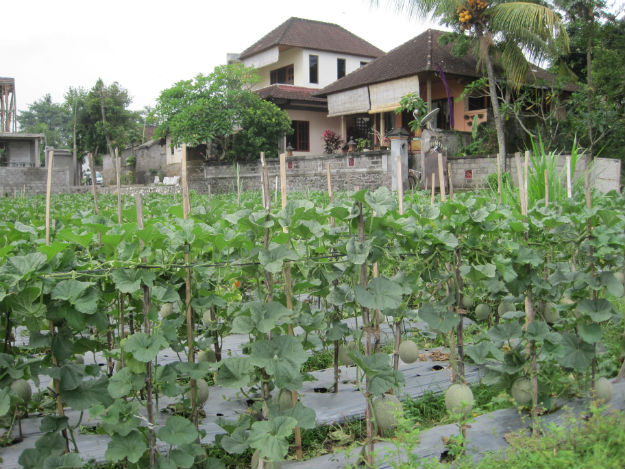 I stayed in the top room of this home where the family rents out their extra rooms. Somehow among the hundreds of cheap places to stay in Ubud—and it’s not even in Ubud—Balitraditionalhomestay.com managed to be near the top of Google. (The website has a photo of this same field growing rice. Now, since there is less water, honeydew melons. The volcanic soil is incredibly fertile in Bali.)
This feels remote but it’s just 20 minutes east of Ubud. The village is nothing to get excited about—which is exactly why it is exciting. It’s a simple Balinese village. Everyone is very friendly and welcoming, the family makes some money, good feelings all around. The room is basic, but a deal at 80,000 rupiah (US$7) for a night including breakfast. It’s perfect for a relaxing spell away from everything. Your parole office will never find you. 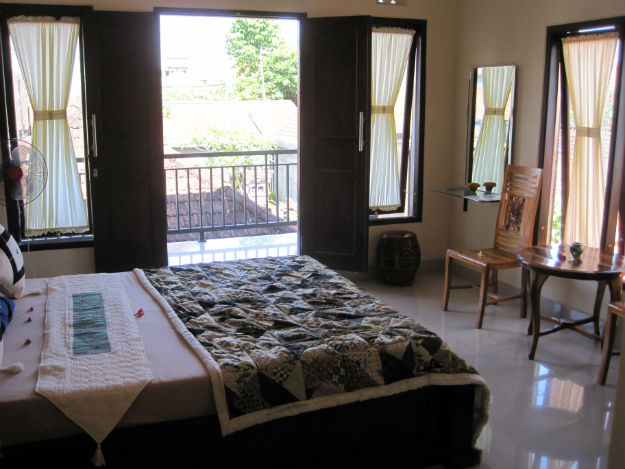 This fantastic room is the deal of the trip so far. It took me forever to bargain, but it was only 100,000 rupiah—US$8.80! Ubud accommodation can be great value for money.

South of the airport on the peninsula I stayed in a newish “boutique” hostel called Jolie Hostel. Maybe when it opened it felt boutique, but having that many people use the same two showers means the drains get backed up and the whole place looks run down pretty quickly. There was an Austrian guy who had been staying in a dorm bed (109,000 rupiah, about $10) for six weeks. I asked him why he would do that to himself when he could have his own place elsewhere and he said it was because of the beaches. I think he said beaches.
When I asked more specifically where he was from, he said it was a little place near Vienna. He said it in the same resigned, conversation-ending tone as one would say, “Northwest Kansas” or “Southern Turkmenistan.” Who knows little places near Vienna? When I dragged it out of him that he came from St. Polten, I said, “I’ve slept at the St. Polten highway rest stop twice.” I do this all the time. (I am that annoying.) You can’t be from Central Europe and assume that I haven’t been to your town. You just can’t.
Why don’t you stay with me? You can follow along with RSS, subscribe to an email feed, see what’s cooking on Facebook, pray that I’ll say something worth remembering on Twitter and if you are really slumming it, there’s always Google+.