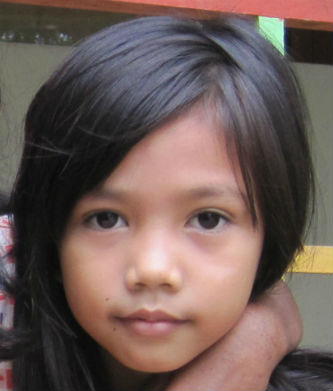 First, the bad news. The downside of hitchhiking is when you are subjected to the bad habits of the driver. A few days ago I was tortured with several songs by Michael Learns to Rock, which is the world’s worst band ever in the history of recorded sound. Know them? They’re from Denmark, though they are better known outside the country than in it, which only goes to show Danes’ superior intelligence. It’s the softest of soft rock, making Air Supply sound like death metal. The lyrics are so insipid you can anticipate the simple, child-like rhymes seconds ahead of time, and the music makes me want to commit serious crimes against defenseless small animals. I have to tell myself as a mantra: “Kent, you are in someone else’s car. A kind person is giving you a ride for free. Deep breaths. Deep breaths.”
If you don’t believe me, listen to this. His whiny voice is excruciating—I can’t talk about it any more.
As an antidote to this, how about some fun, quirky Indonesian pop music by a band called Slank? (Great name, you have to admit.) This song translates as “Anthem for the Broken Hearted”, if I’m not mistaken.

Where was I? Oh yes, hitchhiking. You might be sick of my hitchhiking stories, but I am always so amazed at the miracle that is hitchhiking, I can’t help it. This began as another unfortunately-short CouchSurfing visit with a girl and her family way south of Makassar, an excellent place to hitchhike south that I couldn’t pass up.
I did the 260km southeast to Pantai Bira easily. The fastest public transport takes about six hours, and I did it in seven with two fried tofu breaks. It was fun, too. The challenge is to try to get dropped off in a lonely place—difficult in crowded Indonesia—because excited kids come out of the woodwork to scream and distract me. A foreigner is like a space alien in these villages away from the cities, but I still like seeing the kids’ disproportionately huge smiles. Indonesian kids are so great. They can solve all the world’s problems. If you put all the odious dictators of the world in a room full of Indonesian kids, they will be changed men.
I started out near a gas station and these two waved me over to hang out with them: 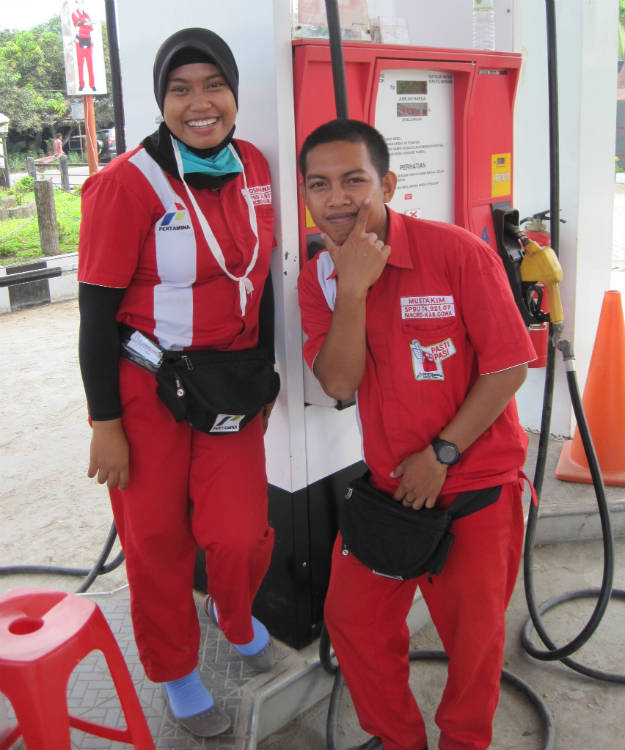 Their pouches are the cash register; getting gas in Indonesia is a fast act. Seems like so much cash on hand should be dangerous to have.

As we took photos of each other a car was pulling away from the pump. I yelled something in Indonesian to the driver through the open window and the family took me 20km. (Here’s a hitchhiking tip: take any ride for any distance in Indonesia. Many people have a loose concept of distance (as opposed to travel time since roads are often bad) and a ride of “three kilometers” can easily become ten.) Then a Toyota dealer and a co-worker drove me a long stretch. He spooked me by warning to be careful in the area, as many bad people were around.
Half an hour later I was driving a woman and her kids in their flashy Nissan Livina! (I swear, I’ve had so many incredible, positive experiences hitchhiking, I am long overdue for a mass-murdering prison escapee picking me up.) The woman was tired and didn’t even ask if I could drive. She simply pulled over and expected me to as we changed positions. I was tired, too, but driving in other countries is fun; I was energized and drove for an hour. 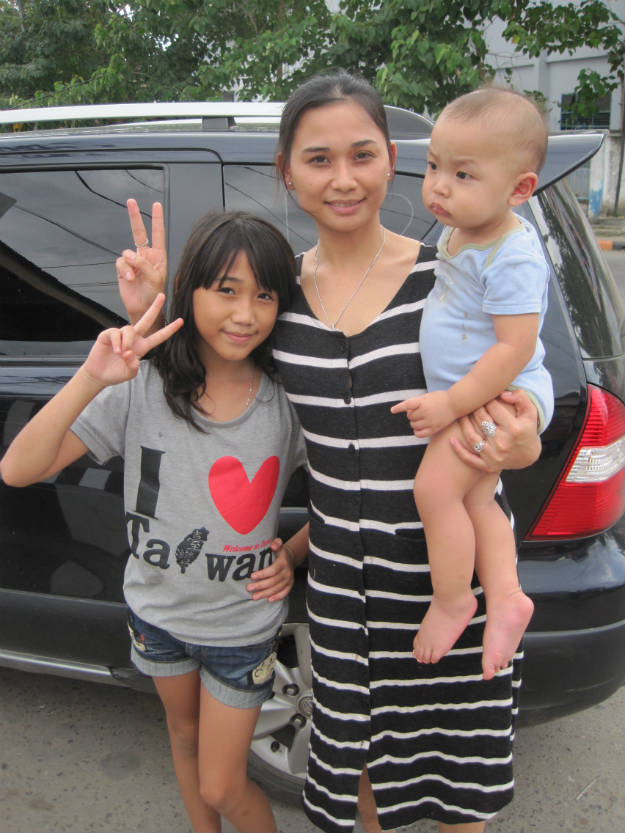 This woman is Muslim, by the way, and isn't the daughter adorable? I have it in my head that the average American imagines all Muslim women to be covered in black burqas, faceless and joyless. I'm the farthest thing from an expert on Islam, but I'm in Muslim countries just about every year and a regular shmo like me should make a documentary about Muslim people around the world to demystify them as being a singular 'them', the notion that all Muslims are the same. This woman, in fact, is married to a Buddhist and lets perfect infidel strangers drive her family around.

My greatest hitchhiking experience like this was in Australia when a man pulled over for me and before I could say anything, he asked, “Can you drive?” I was behind the wheel most of the day from near Melbourne to near Adelaide while he dozed.
The last 45km to Pantai Bira were supposed to be the toughest as public transportation was finished for the day, but I got three more rides easily: a woman on her own, then in the back of a truck, and in a new car with a guy who quizzed me relentlessly about why I was traveling alone. Everyone is fascinated by this. Indonesians, like most southeast Asians, aren’t the most independent people. 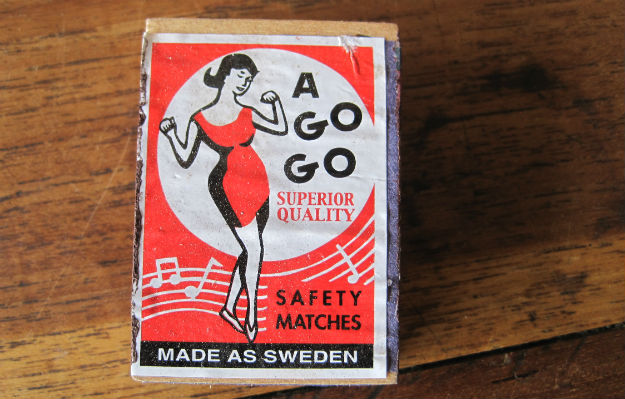 Best matchbox I have ever seen. Indonesia!