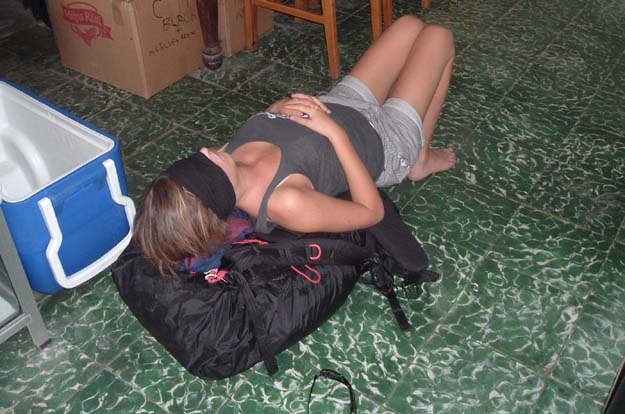 I sleep AWFULLY these days. I wish I could sleep like this girl, my nameless heroine and idolette.

When I arrived at Pantai Bira (Bira Beach) in southern Sulawesi it was dead, but I saw a small gaggle of white people and asked them what’s doing. They were “boaties”, they called themselves, and had been living here for most of the year. They were making a documentary of their purchase: the construction of a 35 meter boat.
They said it was going to cost about $100,000 to build, and $250,000 for the finished product with motor, two 27-foot masts, interior work, etc. They were using a heavy tropical hardwood called ironwood, or kayu besi, that was quite rare, yet cheap. Incredibly, the hot-dipped galvanized steel bolts are more expensive than the lumber and will wear out before the wood does!
They said that other than chainsaws and power planers, it’s very low-tech and low-pay work. The foreman gets about $20 a day, so you can imagine how much the barefooted guys working the chainsaws get.
The next day I went to the beach to watch a crew make a similar-sized boat. It was fascinating. 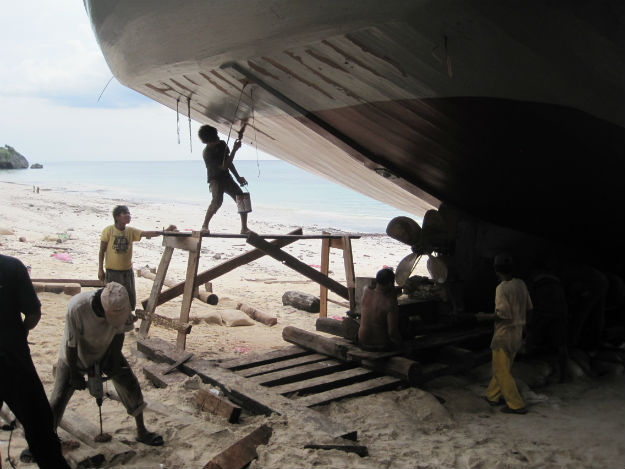 Note the guy drilling in the foreground. The wood is so dense and hard it will bend a nail if you try and hammer one without drilling a hole first. 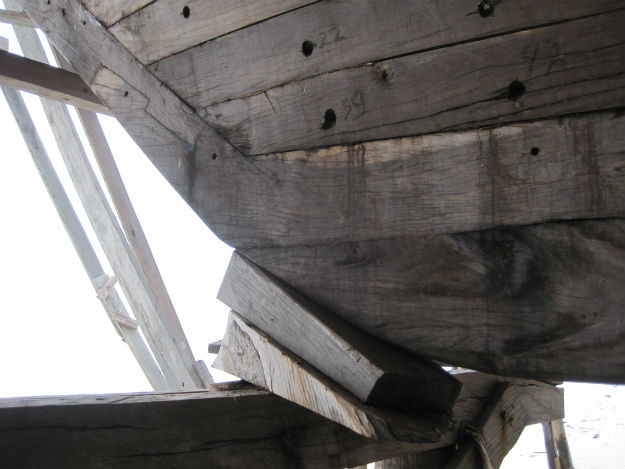 Looked precarious to me. 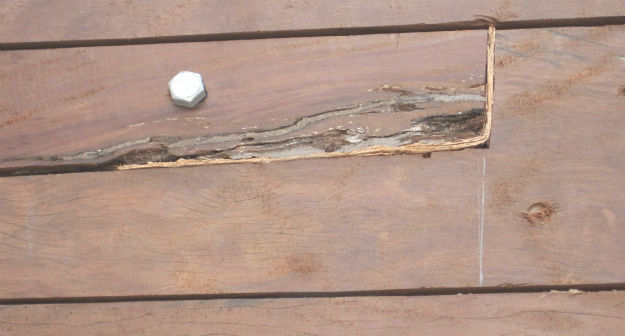 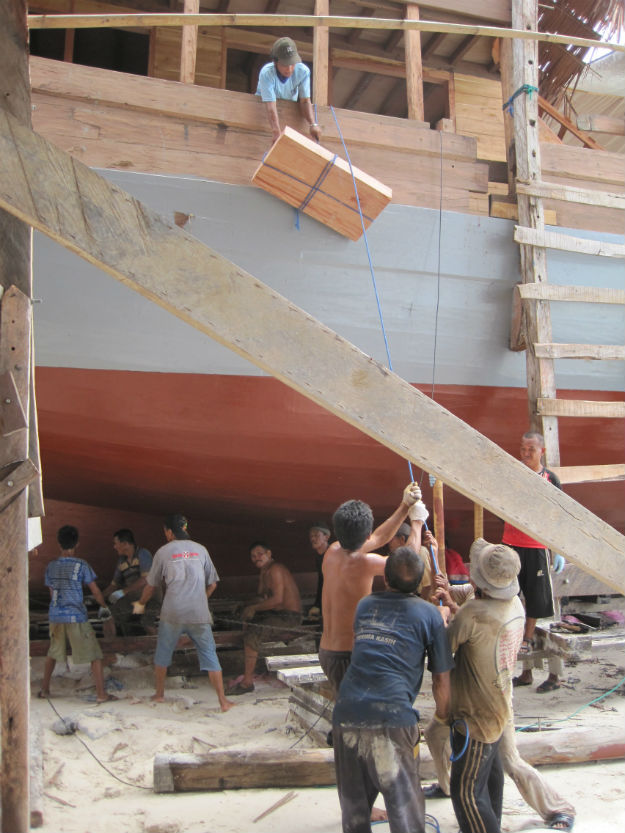 It can take 10-20 days to launch the boat. It is cranked by hand as the guys in the background are doing and then guided through the shallow waters past the reef, a tricky endeavor. 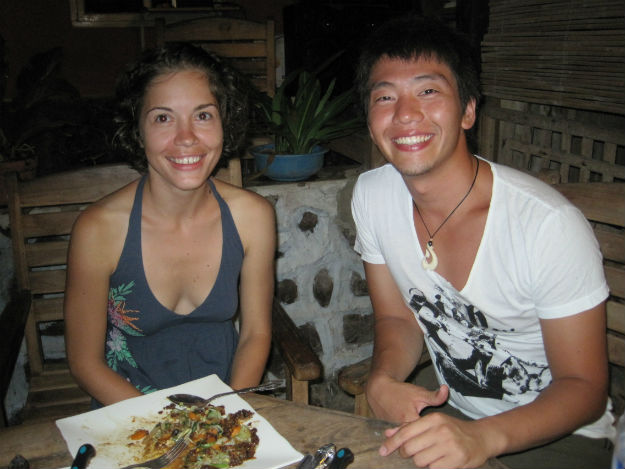 These two and I were all staying at Salassa Guest House in Pantai Bira, where you should order the ayam bumbu Bali for dinner. The Russian girl stunned me by perfectly expressing to Hiroshi why Penang is so special in a way that only a deep-thinking Russian girl can, and I sat there dumbfounded, not even taking notes. I keep telling Hiroshi that he should be the next Prime Minister of Japan as his country needs him desperately. He's a doctor, a surfer traveling with 35kg of junk(!) and is self-taught in proficient English, which is unheard of. Truly amazing guy. 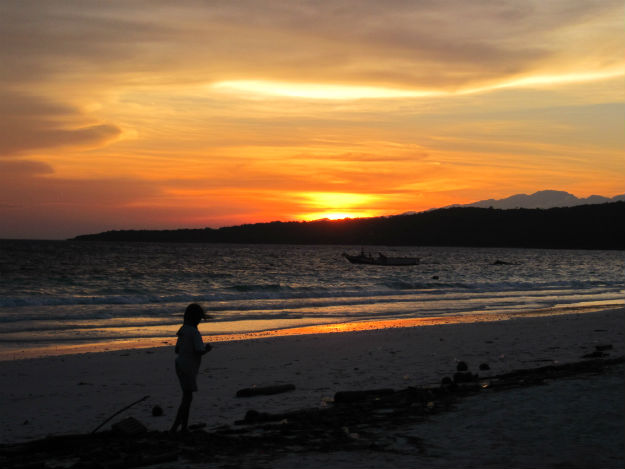 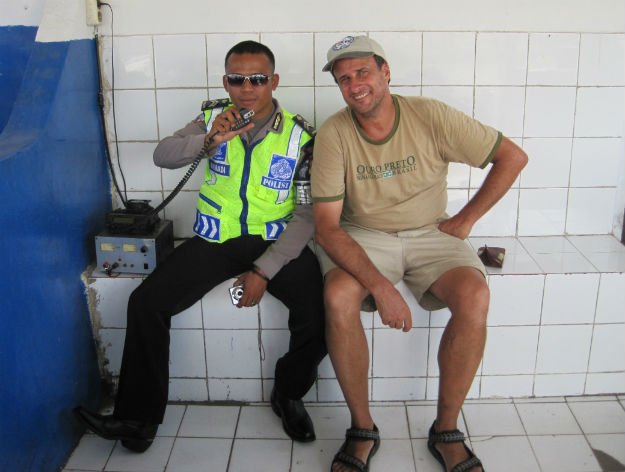 I decided to hitchhike back to Makassar from Pantai Bira. At one point I held out my thumb in front of a police station---in how many countries would you try that?---and two policemen excitedly waved me over to join them. This guy was like a kid given a new toy and he kept wanting photos of me while he giggled and played policeman. I tried to tell him that he already was a policeman and he didn't need to pretend to talk into the two-way radio, but who am I to rain on his parade? 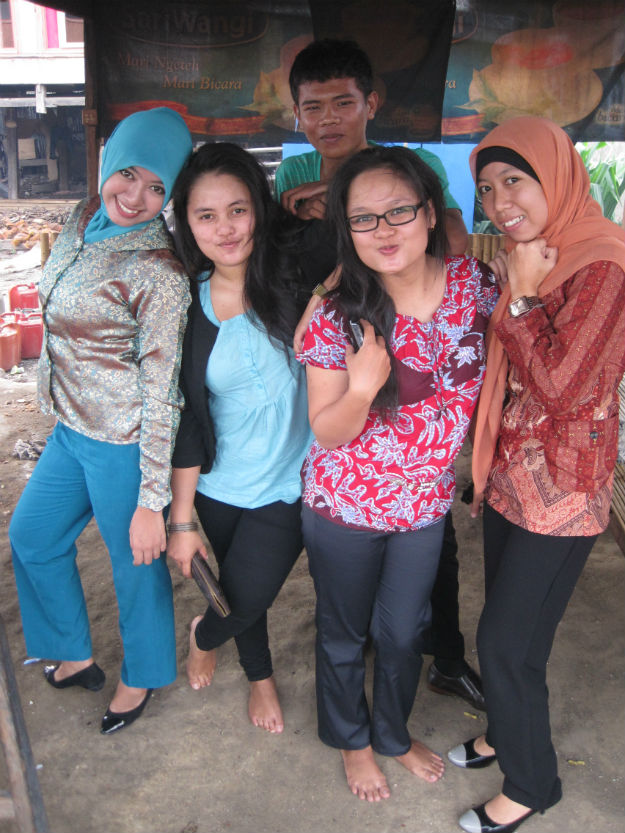 These vamps picked me up hitchhiking. For some reason I agreed to stay with them for an hour detour as they made a stop to pray in someone's house. The girls put white garments on their heads and prayed while the men sat in front of them and smoked, telling me to get myself an Indonesian woman. Surreal. 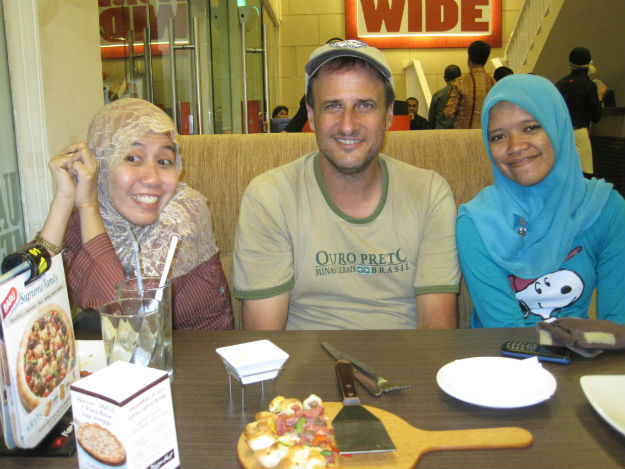 Finally back in Makassar with Fitry, my former couchsurfing host on the right who very helpfully arranged my flight ticket out the next morning. She had me meet her in a McDonalds, then we moved to the biggest Pizza Hut I've ever seen. Somehow it still felt like an Indonesian experience.

P.S. Special shout out to Stephen Lioy for giving me a lot of valuable Sulawesi advice. His website, monkboughtlunch.com, has a nice tagline I might steal if he chokes on a sheep bone in Uzbekistan in the coming days: “All Travel, All the Time. Most of the Time.”