Quick note: if you follow my Facebook page—and please do!—Facebook has changed the way you receive news from me. To ensure that you see me in your page, put your mouse on the “Liked” button and then click both the “Get Notifications” and “Show in News Feed” options. Thanks!

It is a huge accomplishment to hitchhike the 500km from Huatulco, Oaxaca—with a late, hot, 9am start—and arrive in Tuxtla Gutierrez, Chiapas at 6pm just as the sun was setting. The fact that I was hitchhiking with a woman makes it hard for me to know if I could have had similar success on my own. I think I could, but it wouldn’t be nearly as fast. I came up with the idea for safety that she be last in and first out of any car we got into, but that’s hard to choreograph when getting into the back of a truck with our backpacks. I was also Svengali-like meticulous about her presentation, but couldn’t decide whether to dress her up in a bikini or a burka and went with something in-between.
Traffic is very light on the coast, and the path we took wasn’t common, but we got rides much more quickly than I would have guessed. I was shocked, actually. I had asked on Lonely Planet’s Thorn Tree forum and in CouchSurfing groups about the possibility of hitchhiking in Mexico and got a very tepid response. The rides came so fast we didn’t have time while waiting on the side of the road to fully debate what Nicolas Cage’s last good movie was before “Kick-ass”. (I say Valley Girl.)

Hitchhiking is always real traveling. Not that other forms aren’t, but there isn’t a moment in hitchhiking where you don’t feel a heightened sense of adventure, never knowing what awaits. I wish America was more hitchhiker-friendly, and am amazed when I hear of foreigners having success there. In America it’s hard to stand out as a traveler/backpacker on the side of the road as opposed to a traveler/homeless-guy-who-might-have-just-soiled-himself, while here in Mexico with my shorts, t-shirt, big nose, height, etc., I look foreign. (The New York Times just weighed in on the benefits of hitchhiking, to my surprise.)
Quick tangent: I know using the term “America” freaks some people out since all of us in this hemisphere are “Americans”, but it’s undeniably part of the common vernacular—as are “Yanqui” and “gringo”—and besides, the official name for Mexico is the United Mexican States, so saying “United States” can apply to both. 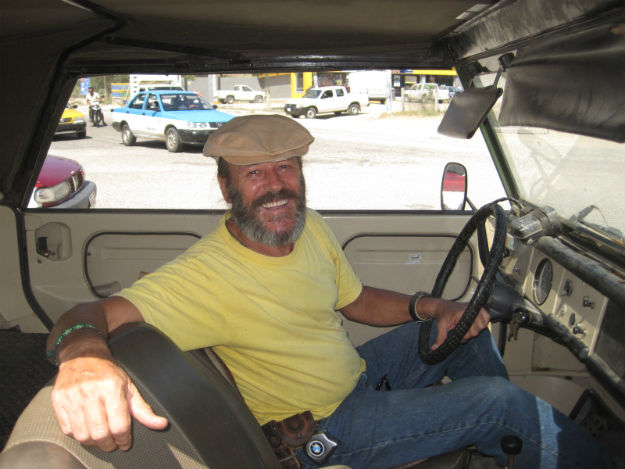 This was our ride going between Mazunte and Bahias de Huatulco two days before. It was an honor to be picked up by this hitchhiking legend in his VW Thing, a man who had hitchhiked across USA, the Middle East, and Africa. Unknown Mexican Traveler Supreme, I salute you. 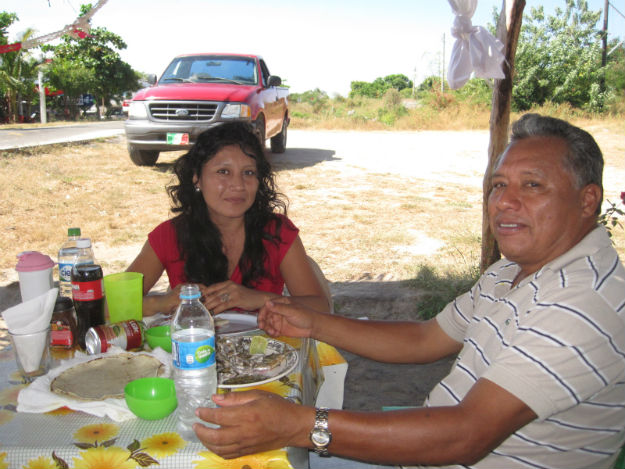 Our first ride. This man said he was going ‘only’ for an hour, but drove so fast it must have been equal to two normal hours. 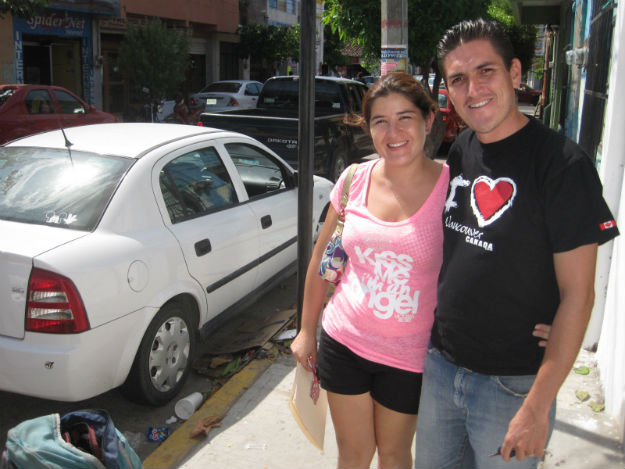 This couple was also in a hurry and I learned a new Spanish word, chango, when we came across our umpteenth surprise speed bump on the road and skidded to avoid bottoming out. Pretty sure it isn’t a good word. 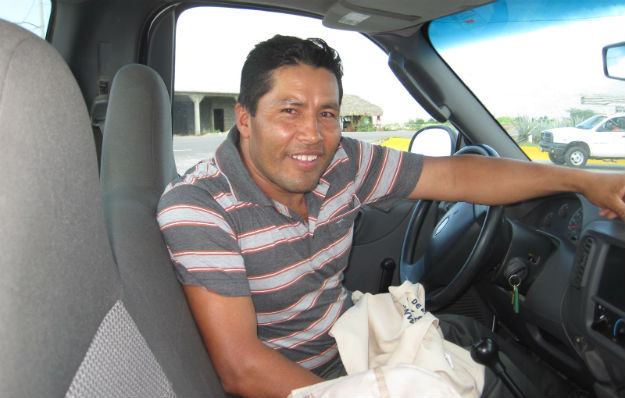 Ride #4, a funny guy who used to live in America. It’s strange: if I say I am from California, Mexicans will sometimes ask, ‘Fresno’? If I answer ‘Near Madera’, they nod knowingly. Everyone knows Madera, a heretofore woebegone place I have a newfound respect for. Mexicans know the Central Valley better than most Californians.

The sixth and last guy who stopped for us didn’t open his window or door to communicate with me, making me shout our destination. Was he scared of us? I don’t know, but I was petrified of his driving. We tried our best to hold on in the back of his truck. We felt like tossed rag dolls as he raced like hell to Tuxtla Gutierrez. Once there, feeling victorious, we got some snacks and took a bus to go the last 50km east to San Cristobal de las Casas, a colonial gem high in the mountains at 2200 meters or almost 7000 feet, or, put another way, absolutely FREEZING at night.

In San Cristobal de las Casas at a Black Panther/Zapatista art exhibition I ran into three Canadians who are driving their 1989 VW Golf through Mexico to Guatemala when they broke down in Tuxtla Gutierrez. Their car is a wreck, breaking down everywhere on the trip. The mechanic in Tuxtla felt sorry enough to allow them to pitch their tent and camp on top of the auto repair shop for a few days while he tries to fix it.
I love stories like this because I wonder if the opposite would be true, if three Mexicans driving a jalopy in California threw a rod in Fresno (an overgrown cow-town the same size as Tuxtla), would they be invited to pitch a tent on top of the repair shop? Doubt it.

In San Cristobal de las Casas men, women and children are constantly approaching you to buy trinkets and whatnot, but it’s only a 1.5 on the hassle scale (0 being Norway and 10 being Fez, Morocco or Luxor, Egypt). Besides, the women are quite a sight in their traditional clothes and pretty, expressive faces. I would never have guessed some of the things sold here on the streets, namely macadamia nuts, strawberries, and disco balls. 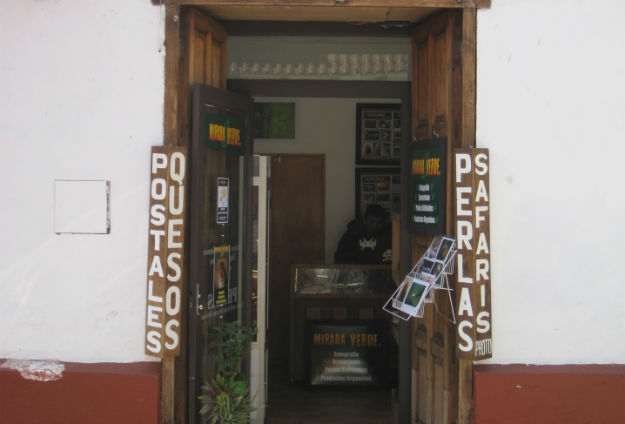 Practical information: (13 pesos = US$1)
The best value for money place on my trip thus far has been Posada del Carmen on Palo Verde 307 in La Crucecita, Bahias de Huatulco. (Don’t confuse Bahias de Huatulco with the inland town of Santa Maria Huatulco.) 200 pesos for a big double room, TV, wifi, a toilet seat (you can’t ever assume there is one) and a quiet location. La Crucecita was an underrated little town, a nice antidote to the limited options of Mazunte.