I’m embarrassed talking about Mexican food because every time I am in Mexico I realize I hardly know a damn thing about it even though I always claim to love what I know to be “Mexican food”. Like traveling in Mexico, real Mexican food is a revelation, and on both counts I feel like I have barely scratched the surface.
Before I left on this trip a Mexican friend implored me to not eat street food as it could be dangerously unsanitary, but I think I ate street food more often than not. It looked safe and clean and was almost always delicious. In a situation where food stalls abound, the friend I am traveling with says to always go with the oldest and presumably most experienced person cooking as she will have “command of her kitchen”, she says, so I look for the woman who has the best posture and stands proudly. I never got sick in one month of being in Mexico, though my friend had a bout of food poisoning that wrecked her for two days. She suspects it was some cut watermelon that did her in. 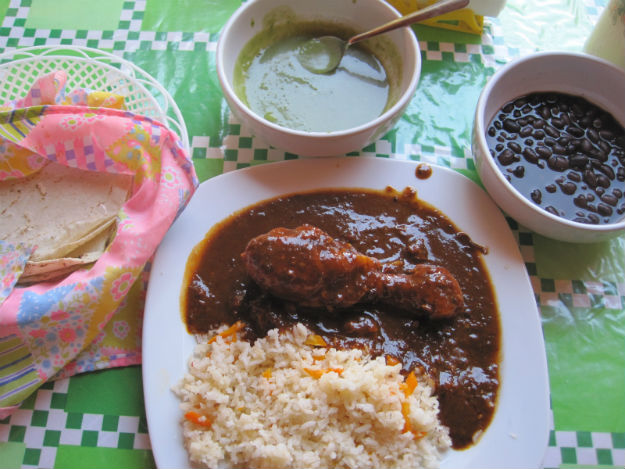 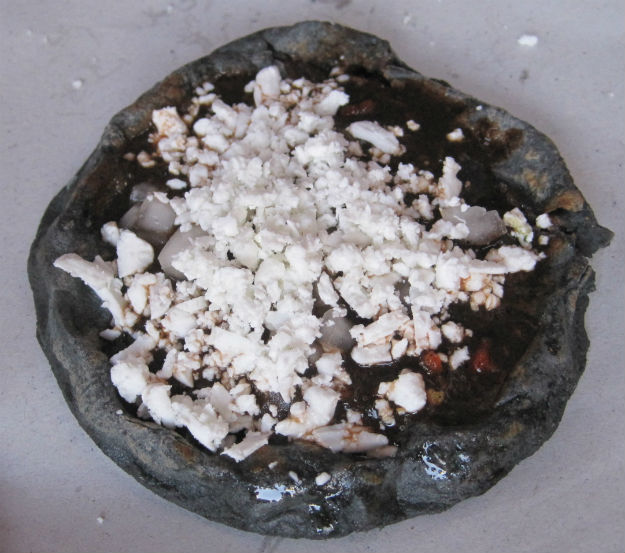 Blue corn sope in Puebla, 5 pesos. Blue corn anything always made me stop in my tracks, but it wasn’t commonly seen. A variation of this (with black beans, cheese, and salsa) in yellow corn form is always something I seek out. 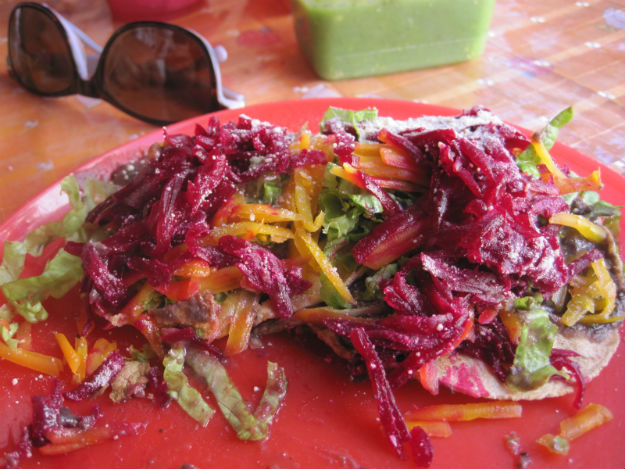 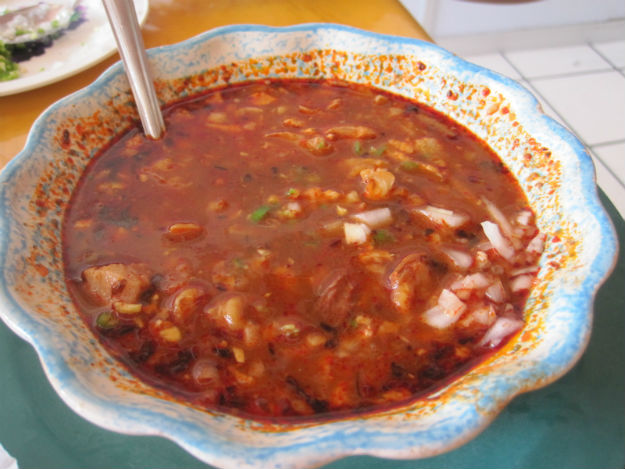 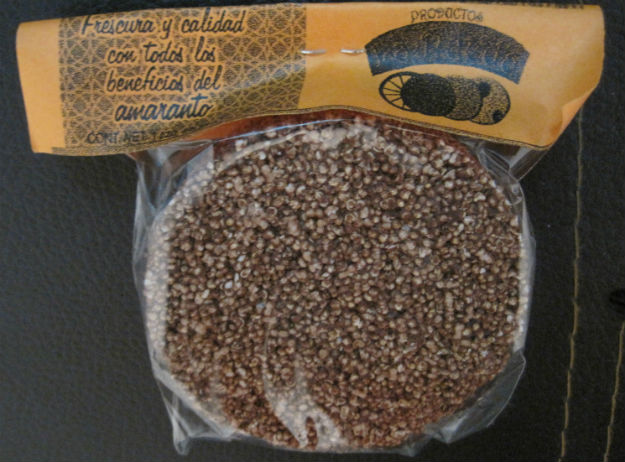 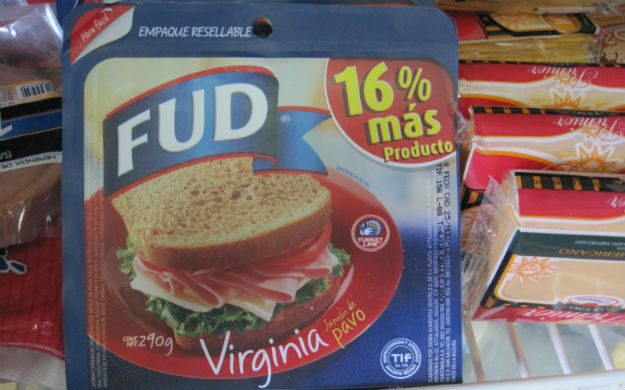 Something I didn’t eat, but appreciated the humor. Fuuuuuuuud! 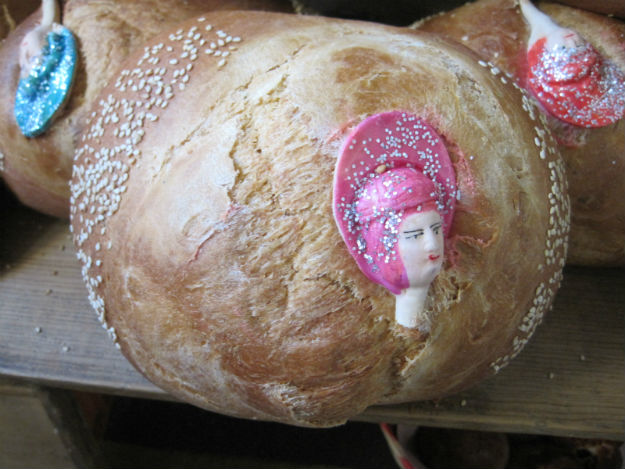 Day of the Dead bread, Oaxaca 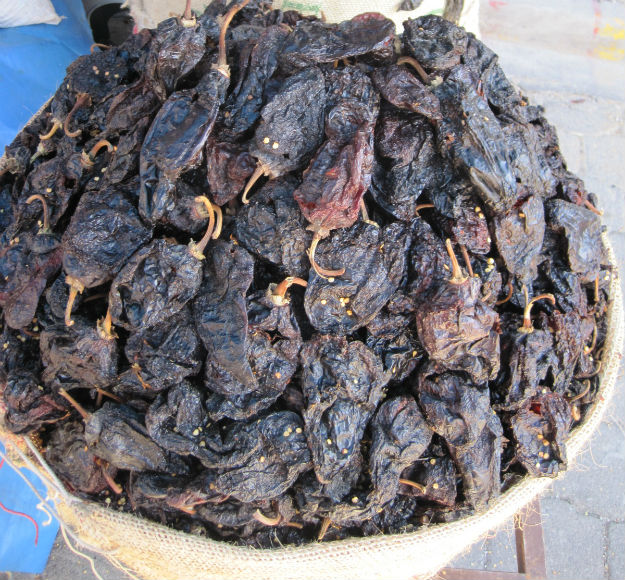 Dried (pasilla?) chiles in Tlacolula, Oaxaca. In Mexican markets I love to bury my face in the smells of all the different kinds of chiles until security is called.