The journey is the destination. So deep! Go ahead, I can wait while you write that down. As corny as that sounds, though, it’s true. Or, put another way, I can say that the the buzz of being in another country is greatly accentuated by the successful adventure of having hitchhiked such a long distance to get there. It is one of the pinnacles of the travel experience for me. 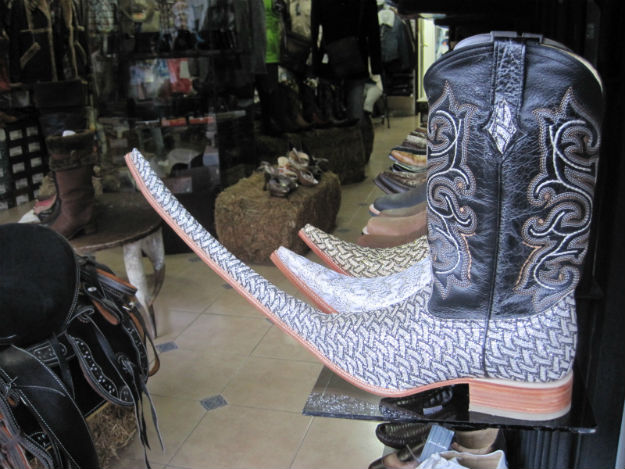 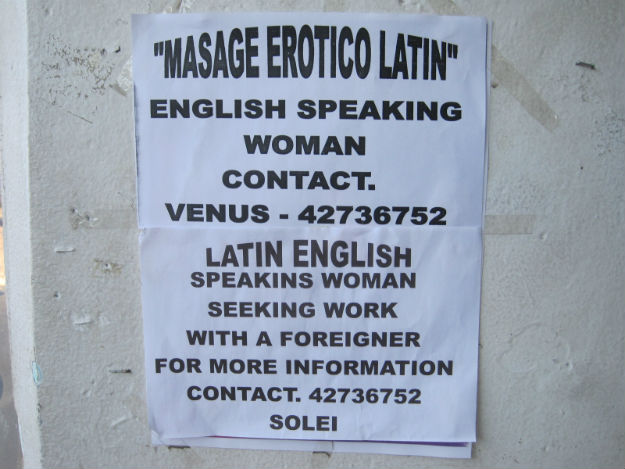 I was a little on the fence about trying to hitchhike from Mexico to the border, and we had our first lengthy wait of about 45 minutes trying to get out of Comitan, but eventually a family in a pickup truck scooted us out of town and then a young guy took us all the way to near the border in Ciudad Cuauhtemoc where Mexican immigration is. He had worked in Kansas and Missouri, but was deported and stuck here, away from a child he left behind in America. He has two other children in Chiapas, making his life a bit complicated. He had a great story and volunteered all kinds of details, but I found it hard to follow as the Spanish spoken in Chiapas is something else.
He was on his way to the border on a weekly trip just to shop, as he said many Mexicans do since nearly everything is cheaper in Guatemala, but Guatemalans sometimes come to Mexico just to shop at Walmart. (It’s a weird phenomenon to see gigantic Walmarts in Mexico, which is heavily saturated with them, having sprouted up more quickly than would normally be allowed due to some heavy bribery that is more of a scandal in America than here.)
We got our passports stamped and then luckily hitchhiked the hot, uphill 3km in the no-man’s land between the two countries. The funny thing about the border is that anyone could have walked through both borders without getting a stamp in your passport. The immigration offices are off to the side and no one seems to notice if you go in to get your stamp or not. No one checks. 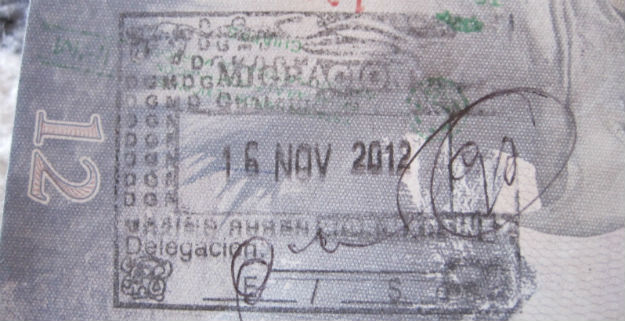 Guatemala needs to work on their passport stamp.

Guatemala! GUATEMALA!!! Technically this is my third time in Guatemala. I made a hitchhiking trip through Central America in 2006 that is documented on my old website with some quaint, old, hand-coded HTML (See? I really do need someone like Venus/Solei to redesign my website), but I blew through northern Guatemala. My previous visit was in the 1990s, so it feels like a new country.
The border sits on a ridge with a very beautiful panorama of a long, green valley and dramatic volcanoes, but the village itself is an ugly mess that we quickly walked through. A chicken bus sat on the edge of town, promising a cramped, bumpy, five-hour-plus ride to Quetzaltenango (also called Xela), though it’s only 162km or 100 miles. Chicken buses are old American school buses that are now used as public transport in Guatemala. I am a big school-bus-spotter fan, always trying to identify the school district where the buses come from or getting close to try and read under the paint. The other interesting thing is that “chicken bus” has become a Spanish phrase. It seems strange to ask, “Donde esta el chicken bus para Xela?”
We walked by the confused hustlers on the bus and instead hitchhiked, waiting a short time to get two rides all the way to Xela. Since the sun was setting we had only one more chance to hitchhike and we got one last long ride with a guy who drove an SUV without a rear window, meaning the exhaust circulated back into the car. I don’t know how the driver was unaffected by this. I was dying from the fumes, my eyes watering even with my side window open. He left us a nauseous, woozy mess at the highway above Solola and Panajachel where we took two quick chicken buses down to Lake Atitlan. 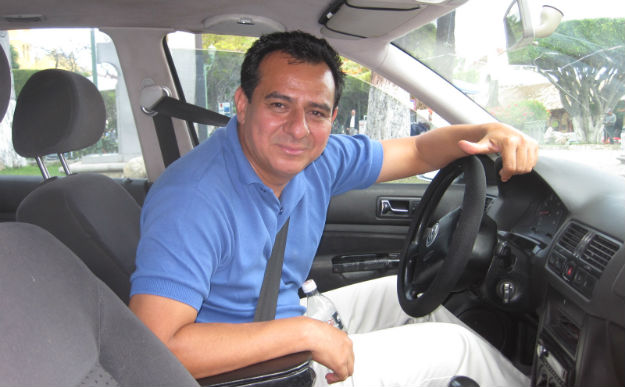 After about a 20 minute wait, this guy drove us straight from San Cristobal de las Casas to Comitan’s main square about 85km away. 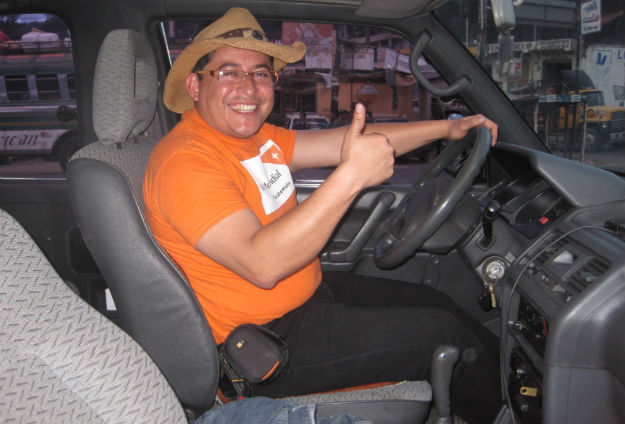 Our ride from Huehuetenango to Quetzaltenango. I go overboard on photos of people who pick us up hitchhiking because I am always surprised to have such good luck. 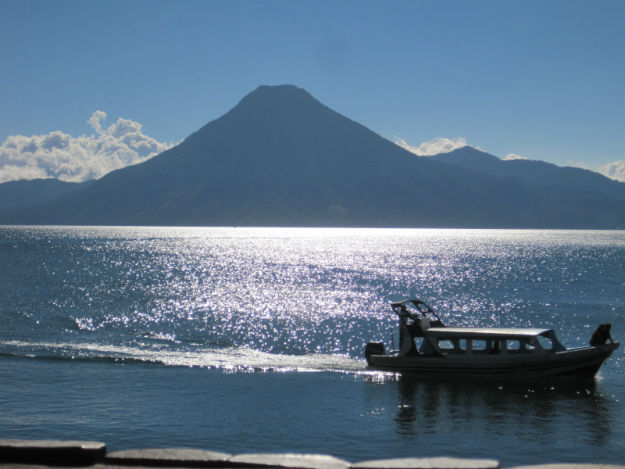 Panajachel is pretty unattractive, and the hodge-podge of junky, loud restaurants on the lake is very unappealing, but views like this make up for it—barely. I think the secret is to go to the smaller villages around Lake Atitlan, which I intend to do next. 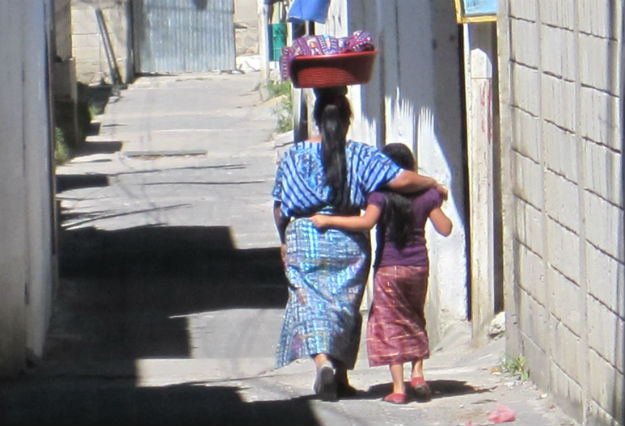 Love in an alley in Panajachel.

Practical Information
When a guy from a public bus or a public boat (for Lake Atitlan) is running to you, eager to have you on board, you know his motivation is to overcharge you.
It’s not fun driving in Mexico and Guatemala when you aren’t on the highway because of the endless, often poorly-marked speed bumps. It’s like driving in outback Australia where you have it in your mind that it will be a leisurely drive, but instead you have to constantly focus on the road because of dead tire remnants or dead kangaroos.