First things first. This is the greatest music video ever, which just happens to be Japanese. Note the three seconds from 1:19-1:22. So good. If you can’t see it below, the link is here. The first and last thirty seconds are filler from a TV show. Don’t let it bother you.

Second things second. If you want (yet another) free business idea from The Dromomaniac, open a hostel as near an airport as possible. Everyone can name at least five airports off the top of their heads situated far from the city center where they are desperately needed: Bangkok, Kuala Lumpur, Denver, Paris-Beauvais, Istanbul-Sabiha Gokcen, Jakarta, Buenos Aires, New Delhi, Washington-Dulles, etc., etc.—it’s a long list. Tokyo’s Narita Airport, which feels halfway to Bolivia, was one such a place, but now there’s this: 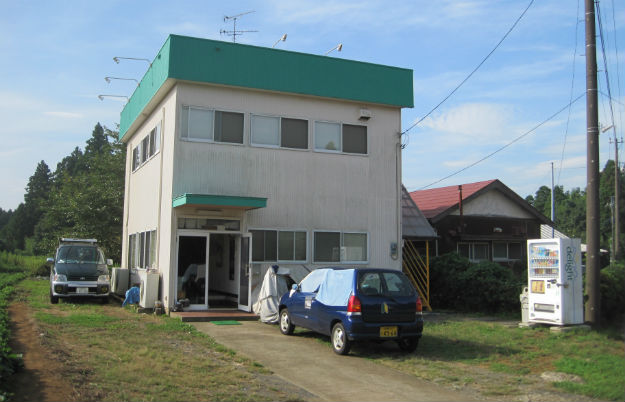 Yes, this is the Tokyo Narita Airport Hostel. Look at it. If this can be a successful hostel, anywhere can be. The vending machine is key additional revenue.

The business plan is to keep it simple. All you need are the basics: a semi-clean place, a free shuttle, and hopefully near some food, which this isn’t—plus almighty wifi, of course. It’s not even that close to the airport at 8km (5 miles) away.
The downsides are the heavy driving—the owner says he drives to the airport about five times a day—and you’d have to get used to everyone staying just one night. 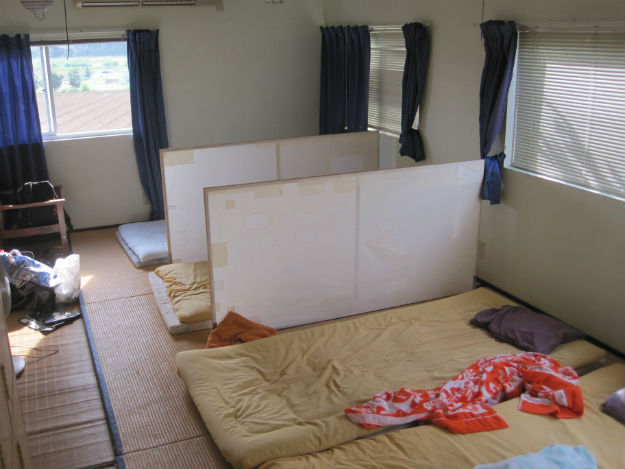 There are two rooms like this, $20 a night for a futon, which is cheap for Japan. It’s not as depressing as it looks. I mentioned the free wifi, right? 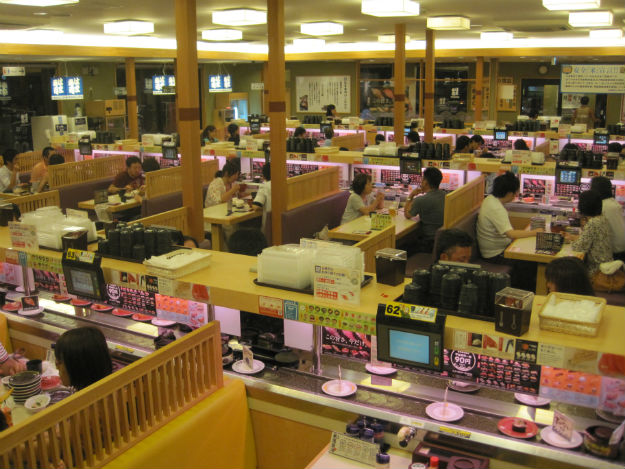 100 yen sushi places aren’t uncommon. Even 90 yen sushi can be had. That’s why I was shaking and the photo came out blurry. 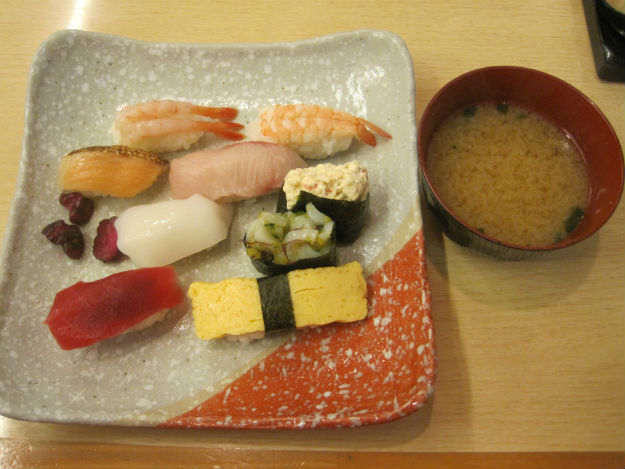 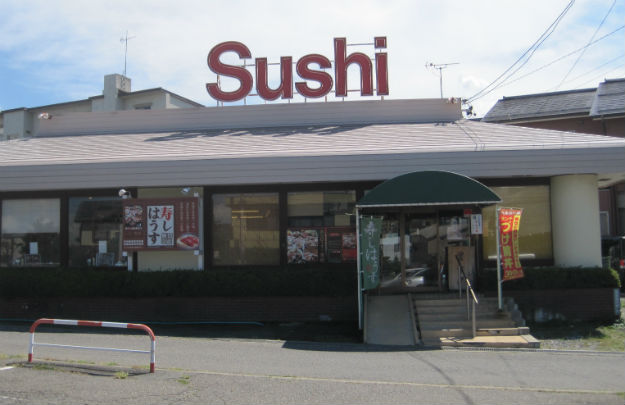 I can’t figure out what they sell here. I need a bigger font!

Practical Information
I hitchhiked, but, otherwise, the cheapest way to go from the airport to town is the Keisei Limited Express train that costs 1000 yen ($10). Don’t be swayed by the more expensive and luxurious Skyliners and fast direct trains when the good old Keisei train gets you there not much slower.